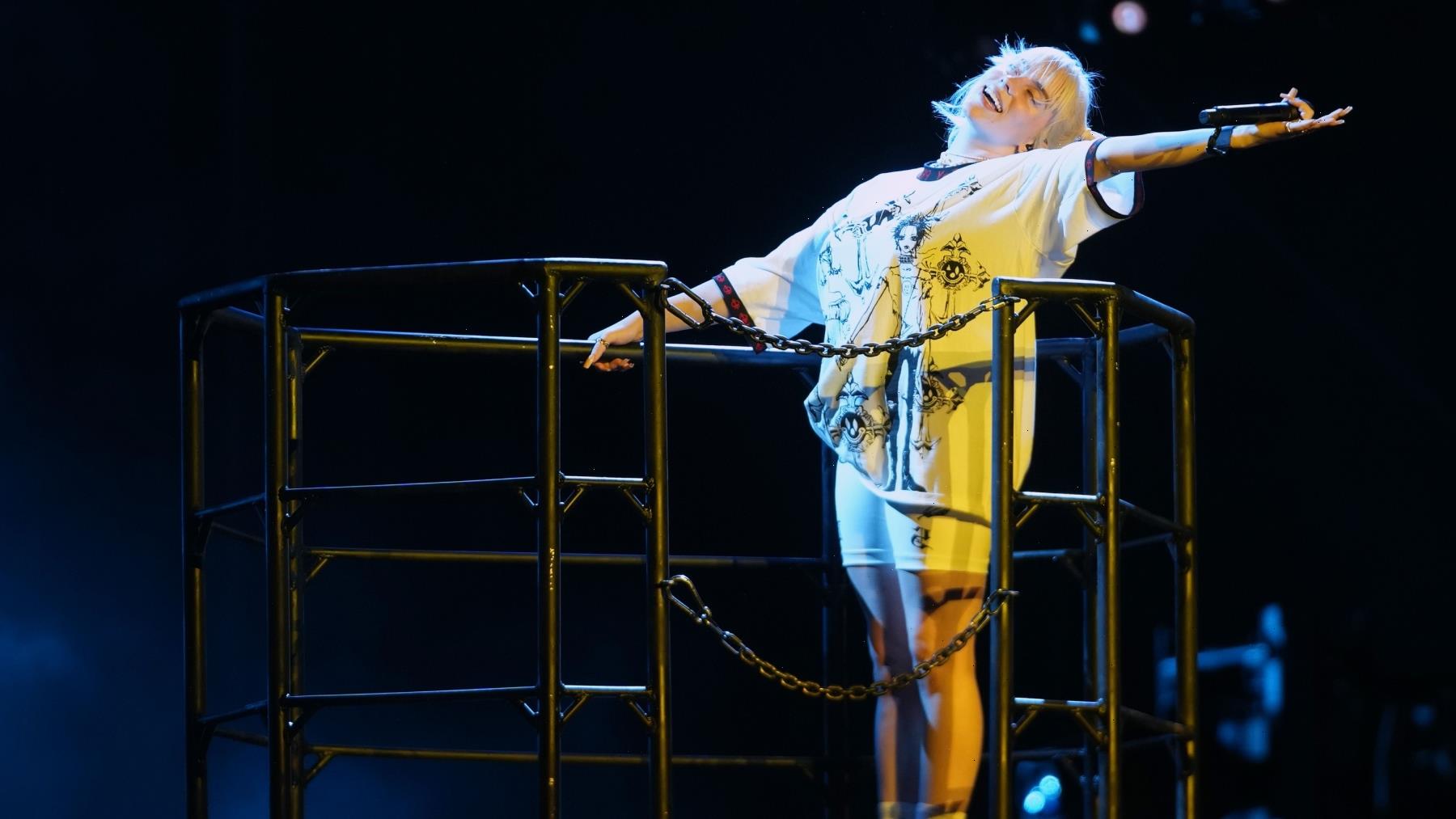 Billie Eilish delivered her first full concert in about a year and a half with a headlining set at the Life Is Beautiful festival in Las Vegas Sunday, September 19th.

The 90-minute set — which is available to watch in full on YouTube — came one night after Eilish performed a much shorter, five-song show on September 18th at the iHeartRadio Festival, also in Las Vegas. Eilish opened her Life Is Beautiful set with a pair of old favorites, “Bury a Friend” and “You Should See Me in a Crown,” before addressing the crowd, “You guys, it’s been so long! This feels like a dream I’ve had many, many times in the last year… I can’t tell you how excited I am to be with you guys and to see all of your beautiful faces. I hope you guys are being safe and having fun. You guys want to give me all the energy you’ve been saving up for a year and a half? Please, I would be honored.”

At that, Eilish launched into the live debuts of three tracks from her new album, Happier Than Ever — “I Didn’t Change My Number,” “NDA,” and “Therefore I Am.” Other Happier Than Ever tracks that got the debut treatment, the set included “Halley’s Comet,” “Billie Bossa Nova,” “Oxytocin,” “Lost Cause,” “OverHeated,” and “Your Power.”

Eilish has a handful of other festival dates scheduled in the coming weeks, including the Firefly Festival in Dover, Delaware, Governors Ball in New York City, and both weeks of the Austin City Limits Festival. She’ll kick off a two-month North American tour in support of Happier Than Ever in February 2022.