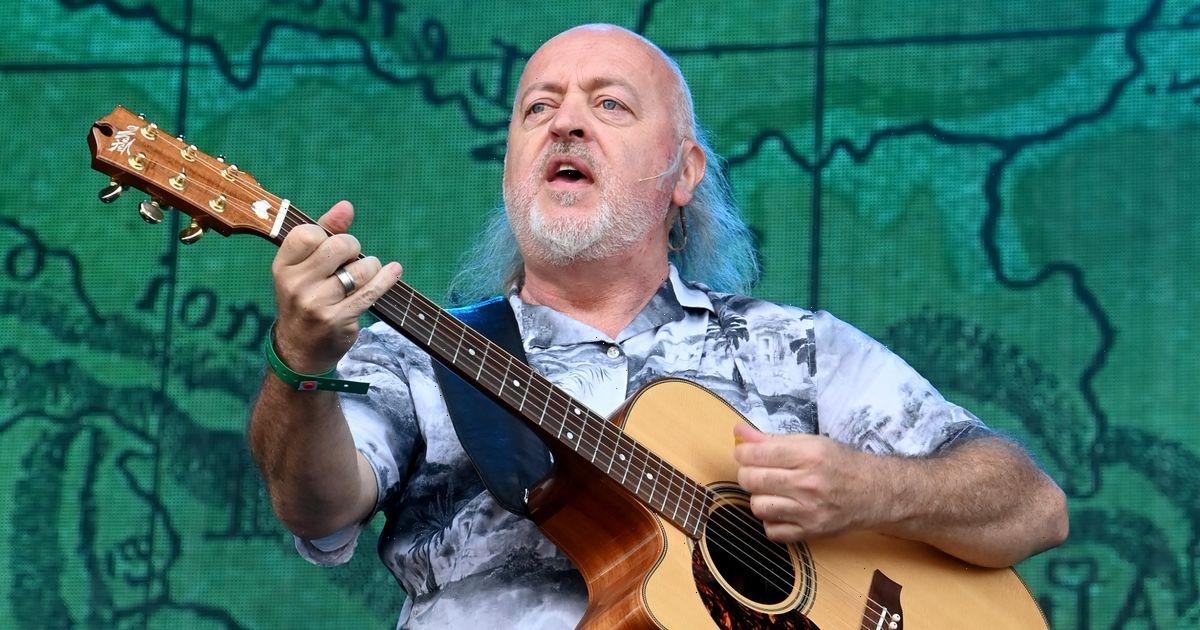 The 57-year-old described the tune, dubbed Put That Light Out Mr Hodges, as “beautiful”.

However he admitted that the Eurovision song hopeful, which had a Dad’s Army theme, was rejected by the BBC for being “too silly”.

He says: “I’m a bit of a Eurovision nerd only because I’ve watched it every year since I was a kid, I was obsessed with it slightly.

“Every time I’m away or abroad, any part of the world I’m in I try to watch it because… it shouldn’t still be happening.

“It’s a ludicrous load of nonsense that should no way still be a thing. And yet it’s still hugely popular.”

Speaking on the Jay Rayner podcast Out To Lunch about why Britain does so poorly at Eurovision, Bailey said: “We’re taking it too seriously and not seriously enough!

“You should just celebrate the ludicrousness of Britishness and British culture and capture that, bottle it in some way and then enhance it.

“Put a rocket up it, and it’s gotta be in A minor. Minor keys always win in Eurovision.

“If you can G-minor, D-minor and A-minor in, you’re onto a winner.

“I’ve written a Eurovision song I have in my current tour, and if you can sing it in another language that always goes down well.

“So I’ve written a song in French.”

The UK’s Eurovision Song Contest 2022 entry was recently unveiled with Sam Ryder officially set to represent the nation in Italy this May.

The TikTok star was long-rumoured to be stepping up to the challenge before the news was confirmed on Thursday morning.

Scott Mills joined the show to break the news, and backed the 31-year-old singer to turn the UK’s luck around after last year’s entry, James Newman, scored zero.

Sam Ryder has accumulated 12million followers on TikTok since March 2020, thanks to his popular covers of hits by the likes of Adele, Alicia Keys and Justin Bieber.

The Essex-born singer gushed about the honour as he said in a statement: “Having been a fan of Eurovision since I was a kid l I am so honoured to have been presented with the opportunity to sing at an event alongside some of Europe’s most talented creatives, performers and songwriters.”