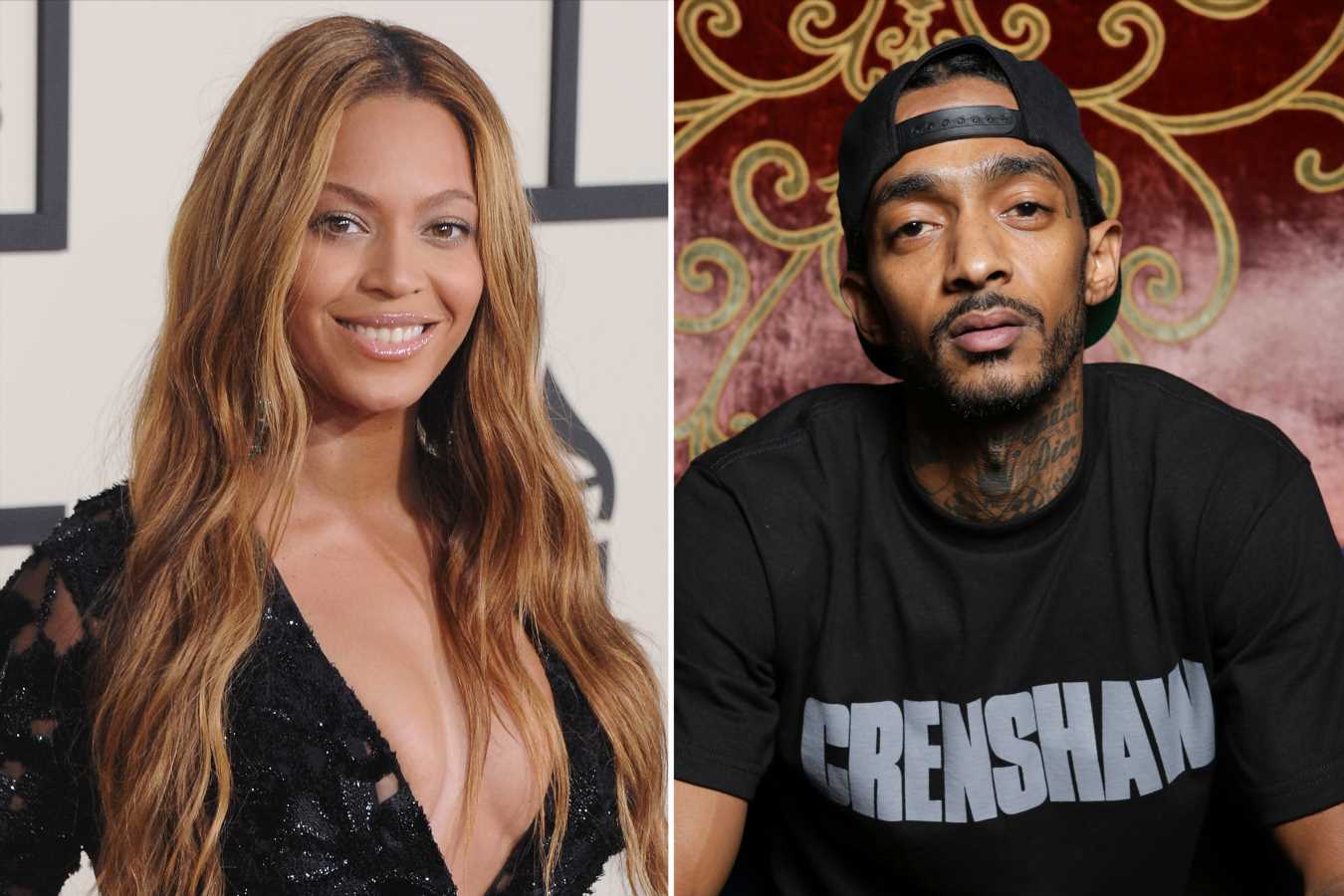 Beyoncé is celebrating slain rapper Nipsey Hussle on what would have been his 34th birthday.

On Thursday, the “Halo” singer, 37, shared a black-and-white portrait of Nipsey on Instagram with a powerful quote written below it.

“The marathon will be televised for N.I.P. ’cause true kings don’t die, we multiply, peace,” the quote reads. “Happy Birthday in paradise.”

Beyoncé previously mourned Nipsey days after the star was gunned down in front of his Marathon Clothing store on March 31 in Los Angeles.

“I’m praying with every ounce of my heart for your family,” Beyoncé wrote on Instagram alongside a childhood photo of the rapper.

Beyoncé’s husband JAY-Z also paid his respects to Nipsey at the large public memorial held at the Staples Center in Los Angeles on April 11.

“Top of the top,’ this is how Nip always greeted me in the morning as if he was reminding me that he was steadfastly holding on to the top of the top of his own life string and destiny!” JAY-Z, 49, wrote in the program of Nipsey’s Celebration of Life.

“So, Top of the top – Nip,” said JAY-Z of Hussle, who worked closely with Hov’s record label Roc Nation and was a close friend.

“The world just got to see a flash of your brilliance. You were a curious soul who was evolving at a speed that was truly inspiring. The seeds you have planted are already bearing fruit,” he continued.

“Today we celebrate you, my beloved,” London, 34, wrote alongside a slideshow of photos of the rapper. “Today we honor you, king.”

“He was a powerful strong magical soul,” she wrote. “Today is the day we lift up.”

“Long live my other half. My beloved king. Ermias Nip Hussle The Great!” she wrote. “I miss you. I love you. Still here holding it UP!”

Back in June, London honored Nipsey at the 2019 BET Awards, accepting a humanitarian award posthumously for his work in revitalizing his South Los Angeles neighborhood. She was there alongside his family, including his son Kross, who turns 3 on August 31, and 10-year-old daughter Emani Asghedom.

“I just want to thank you guys for all of the love and support,” she said. “The marathon continues again.”

Nipsey’s grandmother Margaret Boutte also expressed gratitude for the support her family has received in the wake of the rapper’s death. “God said to Nipsey, ‘You’ve done your job, you’ve made your mark,’ ” Boutte reflected. “So thank you so much, world, for loving him, too.”