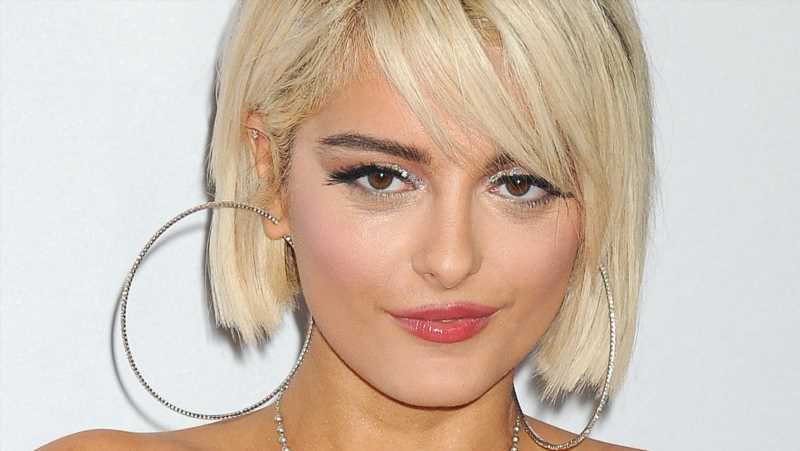 Bebe Rexha has fans excited. The “Meant To Be” hitmaker announced on Instagram on April 14, 2021, that her long-awaited second studio album, Better Mistakes, will drop on May 7. Along with the release date, she also showcased the official artwork.

Rexha can be seen wearing a black-and-white stripe bodysuit that also covers her hands. She can be seen kneeling on the floor with her legs parted. The singer rocked her wavy blond locks for the shoot, wearing her hair down with a full fringe and staring directly at the camera with her head tilted to the side. Rexha stretched one arm out while being captured in blue lighting. The album title was written in green text on the right. In the span of one day, her post racked up more than 225,000 likes and more than 3,800 comments, proving not to have gone unnoticed by her 10.5 million followers.

In a separate Instagram upload, Rexha revealed that her next single, “Sabotage,” will be released on April 16. Since this announcement, she has informed fans about the huge collaborations that will be featured on Better Mistakes. Keep reading to find out about the tracklisting.

Bebe Rexha is no stranger to a huge collab. In 2016, she worked with rap star Nicki Minaj on “No Broken Hearts” and has since teamed up with David Guetta, Florida Georgia Line, Martin Garrix, and Rita Ora, to name a few. One of her most recent collabs was with rising star Doja Cat in 2020 for her single “Baby, I’m Jealous,” which will appear on Rexha’s next album, Better Mistakes.

For Rexha’s most recent Twitter post, she announced the full tracklisting for the upcoming record. The LP will consist of 13 tracks and feature some huge names on an array of songs. The album’s opener, “Break My Heart Myself,” will star Blink-182 drummer Travis Barker, while Track 6, “My Dear Love,” will feature Ty Dolla $ign and Trevor Daniel. The following three songs are also collaborations — “Die For A Man” featuring Lil Uzi Vert, the previously-released single “Baby, I’m Jealous” with Doja Cat, and “On The Go” featuring Pink Sweat$ and Lunay. And Track 12, “Amore,” will feature “The Boss” hitmaker Rick Ross. Better Mistakes will be Rexha’s first album since 2018’s Expectations. All we know is, we can’t wait!