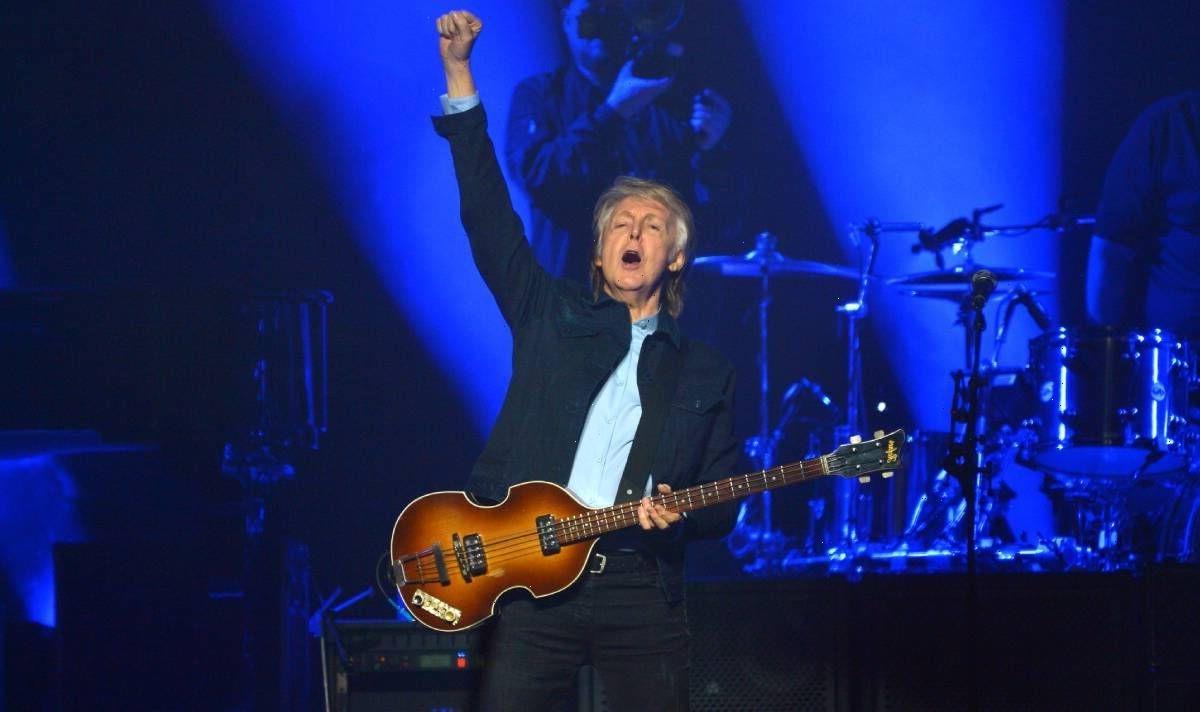 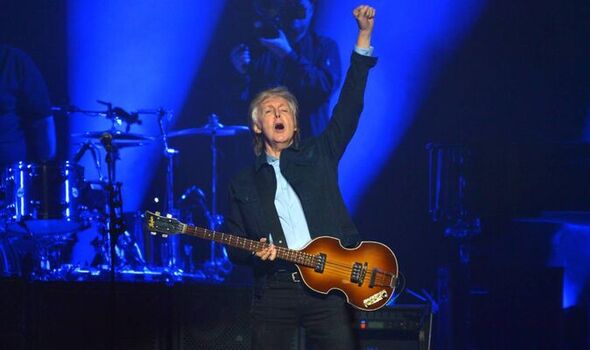 Having just finished his latest US tour, Sir Paul’s birthday celebrations include headlining the Glastonbury Festival for the second time next Saturday, this time as an octogenarian – a powerful demonstration of how to enjoy life beyond state retirement age and testament to his undimmed star power.

Although his hair is grey and his voice is weaker, he delivers a knockout stage show, studded with The Beatles songs that people want to hear.

Seeing him live is the closest you can get to experience the magic of the Fab Four, though to this day he remains slightly prickly on the subject of who broke up the band.

When it was suggested in a recent interview that he caused the terminal rift by launching his solo career in 1970, he replied firmly: “Stop right there. I’m not the person who instigated the split. John [Lennon] walked into the room one day and said, ‘I’m leaving The Beatles’. Is that instigating the split, or not?”

He continued: “There was this guy called Allen Klein [their erstwhile manager] who was going to take it all, everything we had ever worked for. I had to fight.”

“The only way I could fight was in suing the other Beatles because they were going with Klein, and they thanked me for it years later. But I didn’t instigate the split. That was our Johnny!”

Although Lennon has been dead for more than four decades (and George Harrison died in 2001), the break-up of the world’s favourite group clearly remains a tender subject for Sir Paul, who was deeply hurt when his friends turned against him.

He has spent the subsequent decades trying to prove he is more than a mere crowd-pleaser whose only great song was Yesterday, as Lennon once sniped.

Sir Paul is a gregarious, upbeat person who likes to be liked, as I write in my biography, Fab: An Intimate Life Of Paul McCartney, which I have just updated.

While he is sometimes criticised for being too ingratiating, or even twee, admirers see a musical genius who has written or co-written scores of classic songs. Whatever your view, he remains one of the greatest living

Britons. Despite having been arrested for drug use in the past, and spending several nights in jail in Japan in 1980, Sir Paul has been embraced by the Establishment as one of the nation’s cultural icons.

He headlined the Queen’s Diamond Jubilee Concert in 2012, and was one of the select few, alongside Sir David Attenborough, invited to pay tribute to Her Majesty again during her recent Platinum Jubilee.

Sir Paul and Sir David are Companions of Honour, an exclusive club of the most distinguished people in the UK and Commonwealth.

The artist David Hockney is another and, not long ago, invited Sir Paul to dinner. Despite both men coming to international fame in the swinging Sixties, the evening was not a total success.

Sir Paul is a superb raconteur who knows most people love hearing his stories about The Beatles, so he readily talks about the Fab Four.

His tales fell on deaf ears with Hockney, however.

“I think David got a bit fed up, because he doesn’t really like rock’n’roll,” the fashion designer Celia Birtwell, a great friend of Hockney, and a fellow dinner guest told me.

Celia on the other hand was charmed to meet Sir Paul.

“We chatted more than anyone else. We are both northerners and we could see a glimmer of our youth in each other.”

But Hockney soon had enough. His hearing is poor, so he struggles to follow conversations, and likes an early night. “I think he really wanted to go to bed after dinner but he couldn’t because it was Paul McCartney,” laughs Celia.

So began another anecdote, and Hockney had to feign interest.

Few celebrities have been as famous for as long as Sir Paul and he has learnt to handle his celebrity with grace. He can still be seen walking about without security and is disarmingly polite with fans. One day he popped into Celia’s shop in Notting Hill when some customers were in. She was impressed to notice he introduced himself to her clients.

“I thought it was rather nice behaviour. Not too friendly, but civil.”

His personal life is happy again after the death of his first wife, Linda, followed by a disastrous second marriage to former glamour model Heather Mills, which ended acrimoniously at the High Court in 2008.

During the divorce case, the judge released details of what he described as Sir Paul’s “vast wealth”, then audited at £387million. Ms Mills was awarded a lump sum of £16.5million.

Hitting the road again, Sir Paul quickly earned back the monies he had paid his ex, while income from The Beatles’ Apple Corps continues to pour into his accounts along with royalties from his hits with wings and as a solo artist.

In 2011 he married for the third time, to his American girlfriend Nancy Shevell, a wealthy woman who does not court publicity. Family remains deeply important.

Sir Paul and Linda had three children together (Mary, Stella and James), while he also adopted Linda’s daughter, Heather, from her previous marriage.

He had another girl, Beatrice, now 18, with his second wife.

Sir Paul spent lockdown with Mary, 52, and her family, on the McCartney estate in

He also owns a house in London, an office building in Soho, a Scottish estate and, in America, a summer house on Long Island and a ranch in Arizona, where he and Linda loved to ride horses, a hobby he still enjoys. During lockdown, Sir Paul often rode his appaloosa mare, Cheyenne, through the meadows of his East Sussex estate.

His adopted daughter, Heather, lives quietly nearby; his son James has made modest forays into the music business; Mary takes photographs and Stella has become a leading light in the fashion industry and was recently awarded a CBE. Sir Paul has eight grandchildren.

His wealth is estimated to have more than doubled since his 2008 divorce to £865million, making him the wealthiest person in the British music business and almost three times richer than Sir Mick Jagger.

The ex-Beatle and the Rolling Stones are the outstanding survivors of the golden generation of British rock stars who made their names in the Sixties, as famous and popular today as they ever were, and still performing to huge crowds.

While Sir Paul and Sir Ringo Starr are the last two living Beatles, the Stones are reduced to two original members. Sir Paul appeared shaken when he recorded a tribute to the Stones’ drummer Charlie Watts on his death in 2021.

“I knew he was ill, but I didn’t know he was this ill,” he said, looking uncharacteristically weary and unkempt. “Condolences to the Stones. It will be a huge blow to them.”

He put his foot in his mouth a few months later however when he described the Stones as “a blues cover band”, having previously claimed the Beatles were more musically sophisticated.

An irritated Sir Mick – who will himself be 80 next year – retorted that, unlike The Beatles, the Stones were still going, “unbelievably luckily still playing in stadiums… the other band doesn’t exist.”

Next Saturday, when Sir Paul headlines Glastonbury, the Stones are due to play a huge show in Hyde Park in central London on their 60th anniversary tour.

Despite their advanced ages, these old rockers never want to stop.

“Imagine what it must be like, man, to be in front of 60-70,000 people all screaming and hanging on every word and every note,” the drummer Jim Keltner, a mutual friend, explained to me recently. “I don’t imagine they would ever get tired of that.”

Asked not long ago if he had plans to retire, Sir Paul quoted the country singer Willie Nelson, still working at 89, asking: “Retire from what?”

Making music is pleasure, not work and as long as he enjoys good health, Sir Paul will keep performing.