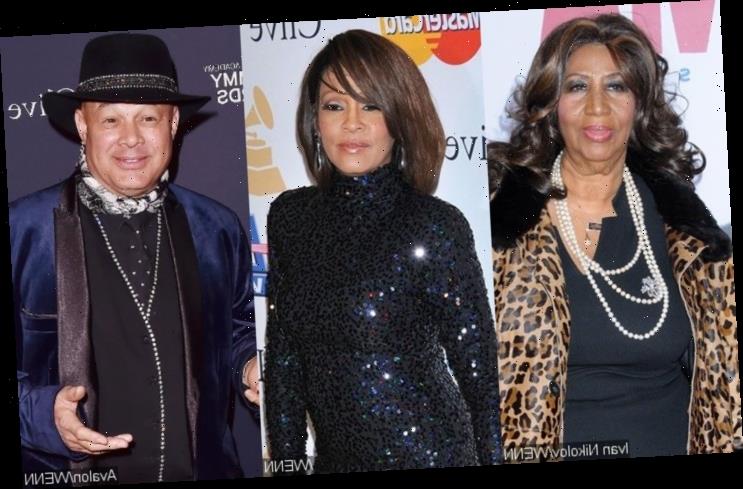 The legendary musician and producer claims he still feels the presence of the late soul stars while making new music, revealing which of his songs were guided by the two.

The legendary musician and producer admits he can feel the presence of the late soul stars in the studio, and Whitney actually led him to her version of “Higher Love”, which became a dance music hit last year.

“She channelled me and she said, ‘Go in the vault and let’s put Higher Love out’,” Narada tells WENN. “It happened many years ago, but I got it out of the vault and messed with it and put a new vibe with it and (DJ) Kygo put his vibe on it and bam, it was a smash.”

“I like being in touch with people I love and keep that feeling. It’s a psychic bond.”

Meanwhile, Aretha’s spirit inspired him to write “Aretha Dances In Heaven” for his new album.

“When Aretha Franklin passed away it was very moving to my heart,” he explains. “I’ll never forget when I first met her in the studio and looked at her – she was so alive and you could see the fire in her eyes.”

“She came to me in this song. I talk to her all the time as a matter of fact. I just got a vibe of what it would feel like for her to go into heaven and all the people who were in heaven, how they would love and embrace her and be happy to welcome her. And we on earth are keeping our connection with her and wanting to stay with her by playing her music and still loving her music.”

“The song is a dedication of love. I have a little thing (recording) of her saying, ‘I am a bad sista’ and I thought, ‘Let’s open the album with this’. The connection is so strong that no matter where she is I’m still loving her and I care about Aretha Franklin. I know she’s into everything I’m doing.”