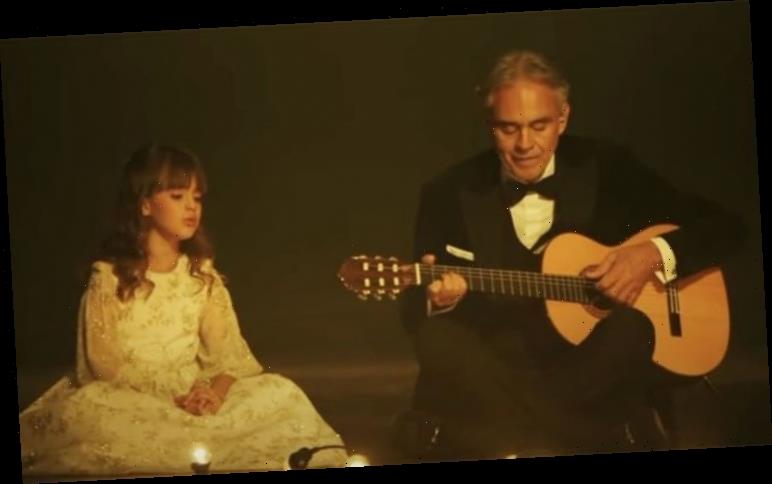 Today not only marks the seventh wedding anniversary of Andrea Bocelli to his second wife Veronica Berti, but also the ninth birthday of their daughter Virginia Bocelli. To mark the special occasion, the 62-year-old tenor shared a picture of Virginia holding a red rose. Andrea wrote on his Instagram account: “When I hug my daughter, every storm passes: everything bows to the fairness and beauty of the laws of Creation. Happy birthday Virginia!”

Veronica posted a picture of herself and their daughter too, to wish her a happy ninth birthday.

She wrote: “Happy Birthday to my adored little princess, Virginia, who brightens up the days of the Bocelli family.

“Many happy returns to our very young volunteer, who first provided the inspiration, although she did not know it (as I was pregnant when ABF was thought up and launched) and then became an increasingly conscious supporter.

“It is a joy to know that you are engaged in and part of this experience, which I am certain will help to show you the correct path for a life lived on the side of good, along the magical apprenticeship period towards adult life.” 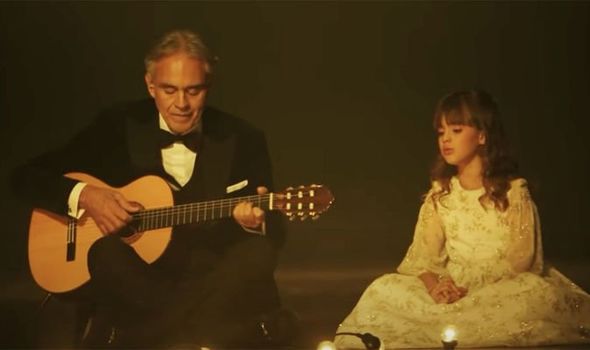 Virginia made her professional debut with her father during his Believe in Christmas concert last year.

At the start of the performance below, Virginia walks out onto the stage of the Teatro Regio di Parma with her father’s guitar.

Andrea and his daughter then sat down on the stage floor surrounded by candles, as the then 8-year-old kicked off their stunning duet of Hallelujah.

The goosebumps-inducing cover of the Leonard Cohen hit also features on Andrea’s new album Believe as a solo track.

After the show, Express.co.uk caught up with the star who shared how the incredible duet came about.

Asked what it felt like to sing such a beautiful song with Virginia, Andrea said: “It was a true Christmas present that Virginia gifted to me.

Andrea continued: “It was very emotional but there was no apprehension: I focused on the beauty and intimacy and I tried to convey the serenity, encouragement and reassurance to Virginia.

“We sat on stage with only a guitar, the silence and her voice intertwining with mine.

“It was beautiful and simple. It was a very special moment, one to savour and remember always.”

The 62-year-old then went on to talk of Virginia’s singing talent, which she’s clearly inherited from her father much like her half-brother Matteo Bocelli.

Andrea said: “The initial idea was born from a bit of fun, and then it came to the concert and the song itself with Virginia featured in the setlist. Franco Dragone, the director of the live stream insisted that it be included in the show and judging by the results he was right in entrusting her with such an important part.

“Although Virginia, was practically born and raised on stage and behind the scenes, this was her official debut.”

Asked if Virginia was nervous, the tenor replied: “No, she wasn’t nervous, she is a very determined child, and certainly her piano and dance studies have helped her understand when you need to give your all. In Parma, everything went smoothly and with the greatest of ease. It’s a father and daughter duo singing a song together.

“Virginia has mastered how to forget the cameras and stay focussed. She maintains the right spontaneity on a song that I’d recently recorded that she has heard so many times.”