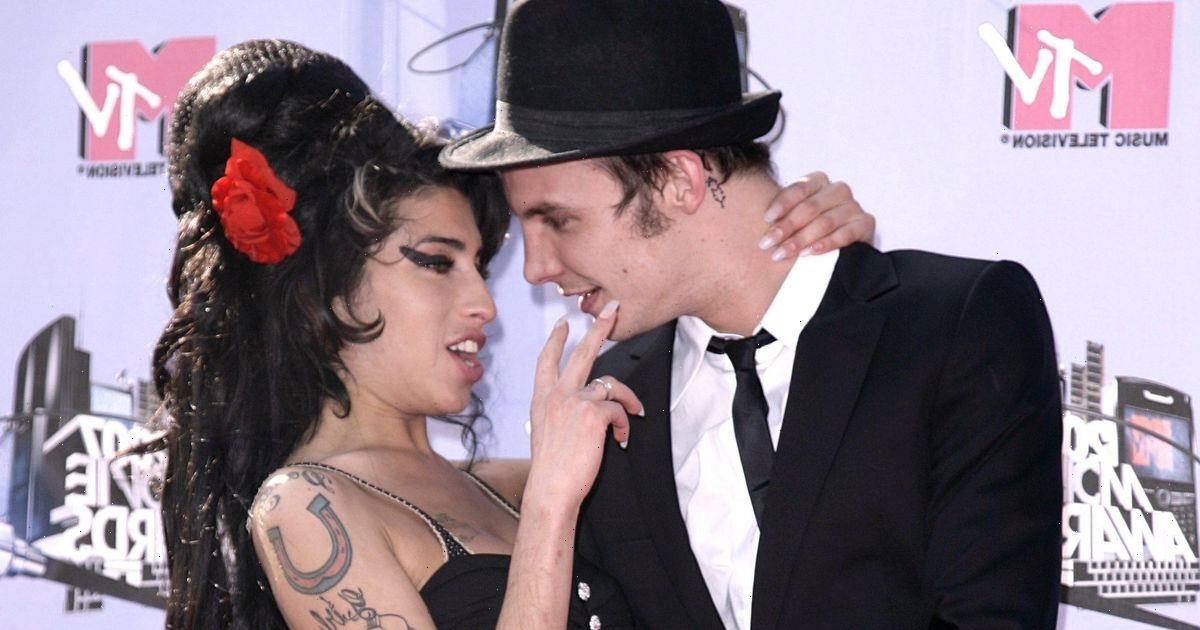 Amy Winehouse passed away at the age of just 27 on July 23 exactly ten years ago.

An autopsy found that she had died of alcohol poisoning, with her blood alcohol level at five times the legal limit.

The singer was a six-time Grammy winner, and had meteoric rise and incredible talent that was cut short by her battle with drugs and alcohol.

Part of her her downward spiral and ultimate fall was intrinsically linked to her relationship with her ex-husband, Blake Fielder-Civil.

They first met in 2005 and eloped to Miami to get married in 2007 after a whirlwind romance that was marred by public fights and bust-ups.

Blake first introduced Amy to hard drugs, starting her on a downward path to addiction.

“Amy changed overnight after she met Blake,” her first manager, Nick Godwyn, told The Times in 2007. “She just sounded completely different. Her personality became more distant. And it seemed to me like that was down to the drugs. When I met her she smoked weed but she thought the people who took class-A drugs were stupid. She used to laugh at them.”

We take a look back over the couple’s relationship and the role it played in Amy’s tragic death.

Amy and Blake fist met in a London pub in 2005, while she was in the early stages of her music career and he was a video production assistant.

The pair played pool together and took over the jukebox, according to The Sun.

Blake was with someone else at the time, but soon he and Amy struck up a relationship.

She had "Blake" tattooed on her chest, while he got her name inked behind his ear.

But just six months into their whirlwind romance, Blake broke things off, going back to his ex-girlfriend.

Speaking to The Mirror, Amy said: "I was really depressed. I was in love with someone and it fell through. A lot of it was to do with bad choices and misgivings. We were both to blame for the split.”

She began drinking more heavily and was convinced by her management to go to rehab, but didn’t last there very long.

“I went in said ‘hello’ and explained that I drink because I am in love and have f***ed up the relationship. Then I walked out."

Then in early 2007, after Amy had ended a brief romance with radio executive Alex Jones-Donnelly, she and Blake rekindled their relationship.

Blake then introduced Amy, who had previously only smoked cannabis, to hard drugs for the first time.

"I made the biggest mistake of my life by taking heroin in front of her," he admitted to News of the World in 2008.

"I introduced her to heroin, crack cocaine, and self-harming. I feel more than guilty.”

The couple became famous for their public bust-ups, and in August 2007, the pair hit headlines following an incident at the posh Sanderson Hotel in London.

Police were called to investigate the row but Amy refused to press charges and denied Blake was the cause of the argument when pictures in shocking snaps that showed her wearing blood-soaked ballet pumps with bandages on her arms.

Amy also had bruises all over her neck and her make-up was smeared across her face, while Blake had scratches on his face and neck.

Speaking about their relationship years later in 2015, Blake's brother, Harry Fielder-Civil told the Washington Post: "They seemed hell-bent on destroying each other and didn't care about dragging others down with them. It was like watching two speeding trains hurtle towards each other before a violent crash.'

Amy later told Perez Hilton: "Blake is the best man in the world. We would never ever harm each other… I was cutting myself after he found me in our room about to do drugs with a call girl and rightly said I wasn't good enough for him. I lost it and he saved my life."

The couple announced their engagement in April 2007 before shocking their families and fans by eloping to Miami the following month.

Amy continued to spiral and during an interview with US rock magazine, Spin, Amy used a shard of mirror to carve the words "I love Blake" on her stomach.

In August, she was rushed to hospital where her stomach was pumped after a heavy binge on heroin, ketamine, cocaine and ecstasy.

Then Blake was arrested and jailed for 27 months, charged with attacking a pub landlord and later perverting the course of justice by trying to bribe a witness not to turn up in court.

While devastated at first, Amy soon move on and was pictured finally looking happy and healthy again as she rode horses, played on the beach and spent time out of the spotlight.

She was also seen cuddling with actor Josh Bowman and told News of the World she had finally escaped from the “hell” of drugs.

She said: "I've finally escaped from hell. I'm in love again, and I don't need drugs…

"I don't know what's going on with us [me and Blake] now, and for the time being I've just forgotten I'm even married.

"I'm just here on my own, happy and having a good time with Josh. I'll deal with Blake when I get back. But our whole marriage was based on doing drugs."

After being released from prison Blake filed for divorce from Any citing adultery and reportedly finding it “intolerable” to live with her.

Months later Amy appeared to be trying to fight to save the marriage, saying: "I still love Blake and I want him to move into my new house with me – that was my plan all along…

"I won't let him divorce me. He's the male version of me and we're perfect for each other.”

However, the divorce was granted in July 2009.

After the divorce Amy continued to struggle with her drinking and she was finally found dead in her Camden home at the age of 27 in July 2011.

At an inquest, the cause of death was revealed to be alcohol poisoning after a post-mortem.

After being informed of Amy’s death, Fielder-Civil told The Sun: "I’m beyond inconsolable…my tears will never dry."

Blake met his current partner, Sarah Aspin, in rehab shortly after his divorce from Amy and the couple have had two children together.

Since Amy’s death Blake has come out to criticise her father, Mitch for what he regarded as “cashing in” on Amy’s death after he announced plans for a hologram tour.

Speaking to OK! last week, Amy’s mother Janis said she no longer blames Blake for her daughter's death, despite him introducing her to heroin.

"When it comes to Blake, I've decided never to speak badly about anyone", she said. "I know it was about love and I don't think you can judge when it comes to love. Love does the walking and talking.

"I believe the relationship between Amy and Blake was intimate and genuine. Their marriage was impulsive but it was still pure. It was obviously a complicated relationship but love was at the heart of it."

Get the latest updates on all the things Hollywood, TV and showbiz by signing up to the Daily Star showbiz newsletter.