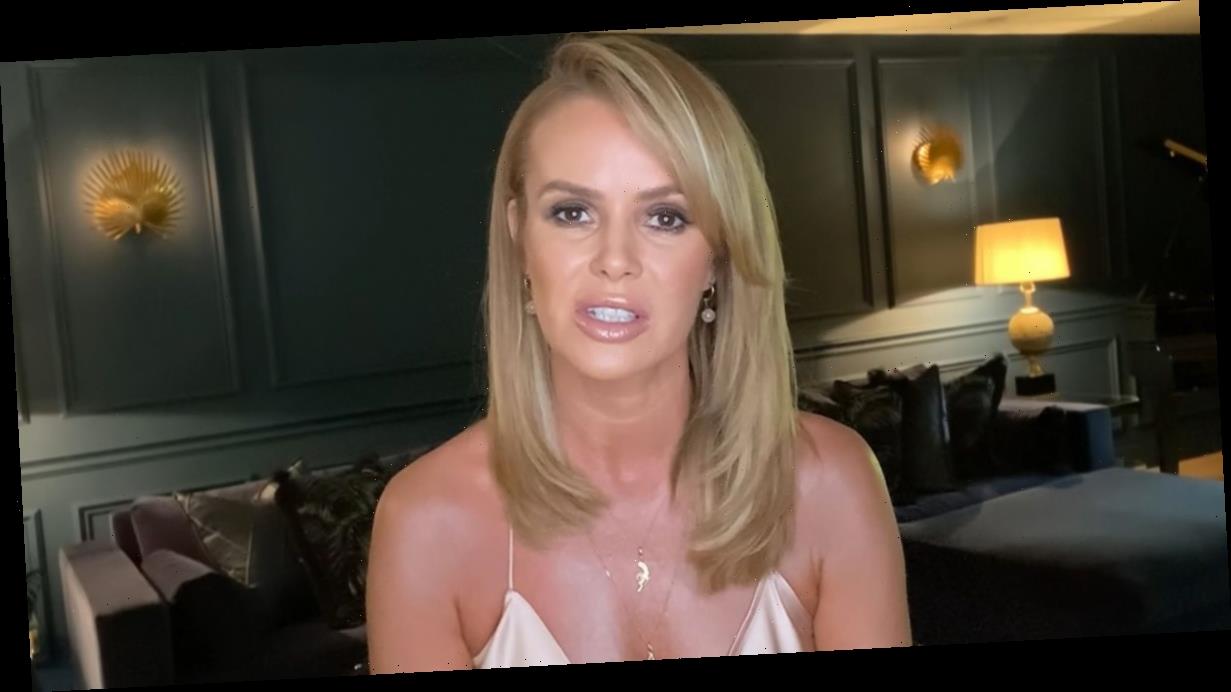 Amanda Holden has commanded attention in perhaps her most sultry outfit of 2021 so far.

The Britain's Got Talent judge, who turned the big 5-0 last month, took to her official Instagram account to share the sophisticated snap with her 1.7million followers.

In the photo, the 50-year-old TV star can be seen wearing nothing but a light grey body-suit featuring long sleeves, as styled by YouMagazine.

As the sleeves trailed down to her hands – which sported a black manicure – Amanda sat on a balcony floor and leaned against the glass fencing.

Showing off the bare skin of her legs and rear, the cheeky radio star opted for a pair of silver metallic thigh-high boots.

The blonde bombshell wore her locks down for the photoshoot, her caramel tresses styled in waves.

For her makeup, Amanda went all out with her glam as she opted for a dark brown smokey eye.

The star also opted for a matte pink lip and rosebud blusher across her cheeks as she looked away from the camera lens.

Taking to her caption, Amanda revealed the shot was for YouMagazine as she credited the publication.

She wrote: "These boots are ( not ) made for walking … in the country Photo by @christianvermaak @youmagazine."

Her fans rushed to comment, one wrote: "You are so extraaa," followed by the love-struck emoji.

Another commented: "Flaming heck. I’m only 3 years off 50. You are my girl crush."

It comes after she broke her silence on her pal Piers Morgan's exit from Good Morning Britain.

Alongside the snap shared on her Instagram Story, Amanda penned: "We've both been described as #marmite in our time.

"I don't always share the same opinions as him but my goodness he's a good and loyal friend #alwaysthereforeachother."

Amanda's sweet tribute comes after she was left in giggles during Wednesday morning's Heart Radio show after her co-star Jamie Theakston appeared to make a cheeky joke in reference to Piers Morgan storming off GMB.

As the showbiz world reacted to Piers' departure from the show, Jamie and Amanda had a light-hearted response.

"So we've made it to the end of the show, no-one's stormed out or anything," Jamie joked.

Amanda found the remark, referring to Piers storming off on Tuesday's GMB, hilarious and was heard giggling as they marked the end of the show.