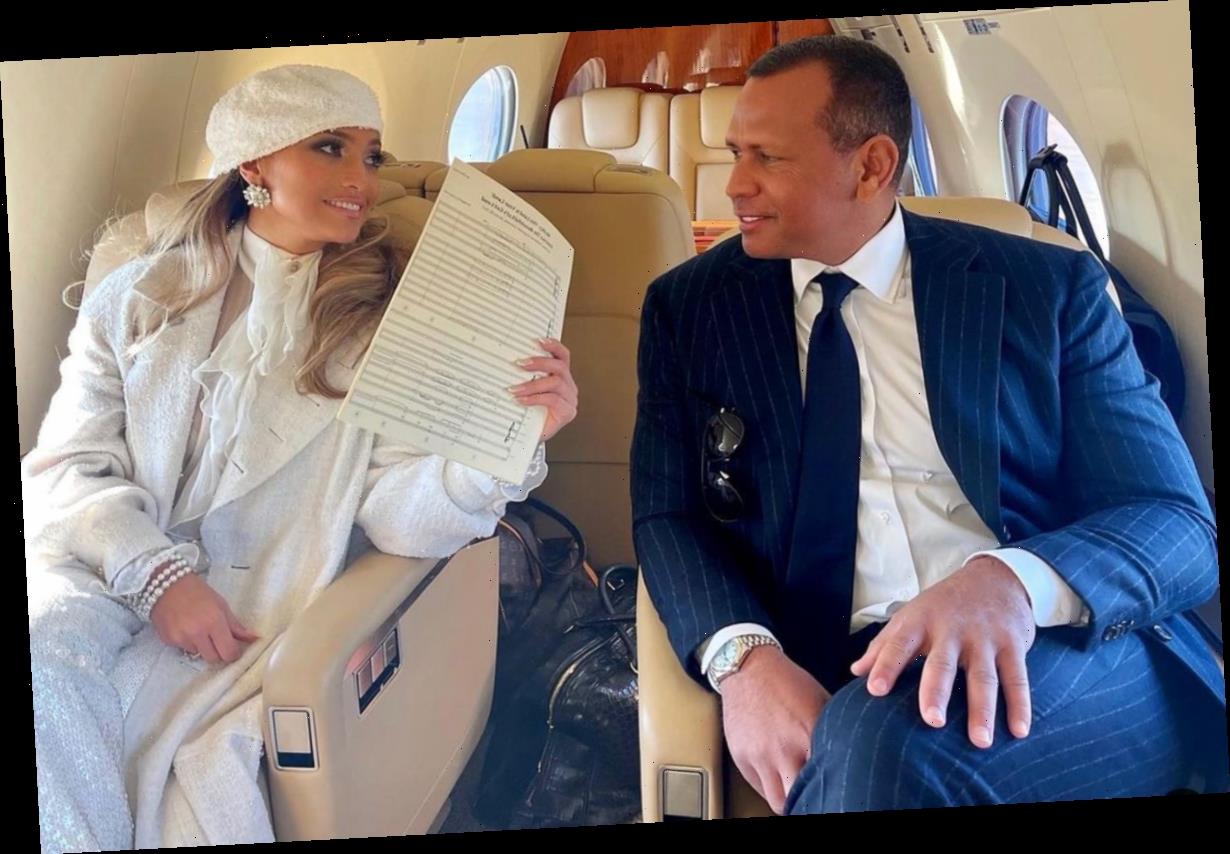 Alex Rodriguez couldn't be prouder of his fiancée, Jennifer Lopez.

On Sunday, four days after Lopez performed at President Joe Biden's inauguration, the retired athlete penned a loving message about her patriotic medley — which included Lopez, 51, reciting a portion of the Pledge of Allegiance in Spanish.

"I can't stop thinking about Wednesday and Jen's performance at #Inauguration2021," Rodriguez, 45, wrote alongside a photo of the pair together that day.  "It was such an iconic moment — one I'll never forget. I can't express how proud I am of her and how privileged I felt just to be in attendance. It truly was awe-inspiring and so patriotic."

"On the flight home, she showed me her lyrics sheet, and the significance of her performance really began to sink in. Can you believe she was the first person to sing in Spanish at an inaugural event? Another historic and groundbreaking achievement for one of the most talented and driven people the world has ever seen," he added. Prior to Lopez's big performance, Rodriguez opened up about how the singer was feeling to sing at the event.

"It's been such a crazy year for her, so amazing, so many blessings," he said on an episode of The Tonight Show Starring Jimmy Fallon. "But to think in a span of 12 months, she's done the Super Bowl, New Year's [Eve] and now the inaugural, it's unbelievable."

"And what's interesting is she's most nervous about Washington, D.C. because of the responsibility," the father of two added.

Over the weekend, Lopez also celebrated another important life milestone: the 20th anniversary of her second album, J.Lo.

In honor of the occasion, the actress gave her followers a treat, recreating the music video for her 2001 hit "Love Don't Cost a Thing."

"Happy 20th Anniversary to my 2nd album J.Lo!!!! Had a little fun at a recent shoot," she wrote alongside a short clip in which she traded in the white top she wore in the original video for a throwback t-shirt with her face on it.

In addition to taking a walk down memory lane, Lopez thanked all of her loyal fans for their decades of support.

"As I reflect on the fact that it's the #JLo20thAnniversary, I just wanted to say thank you to all of you for being with me, loving me and supporting me through all the ups and downs," the mom of two wrote. "Thank you so much for all the love over the past 20 years!! I love you so much!!"