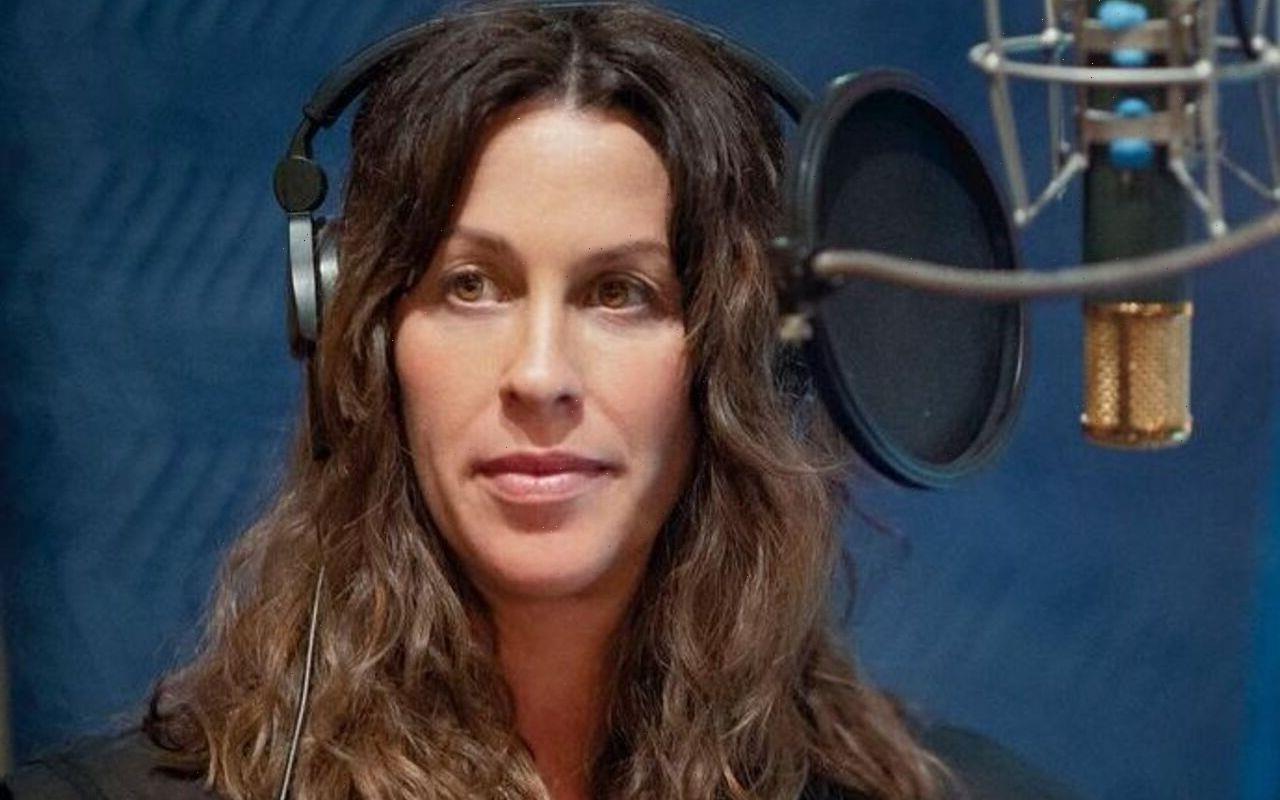 The ‘Jagged Little Pill’ hitmaker backs out of the Rock and Roll Hall of Fame induction ceremony and explains she doesn’t want to be in ‘an environment that reduces women.’

AceShowbiz –Alanis Morissette snubbed the Rock and Roll Fame of Fame induction ceremony because she doesn’t want to “spend time in an environment that reduces women.” The “Ironic” hitmaker was supposed to duet with Olivia Rodrigo on “You’re So Vain” as a tribute to inductee Carly Simon at the ceremony on Saturday, November 5, but she wasn’t included on the final set list and the 19-year-old singer performed solo.

While praising Carly and Olivia, Alanis claimed in a statement this week that she had “sucked it up on more occasions that I can count.” “I have spent decades in an industry that is rife with an overarching anti-woman sentiment and have tolerated a lot of condescension and disrespectfulness, reduction, dismissiveness, contract-breaching, unsupportiveness, exploitation and psychological violence (and more) throughout my career…,” she wrote on her Instagram Story.

“I tolerated it because nothing would stop me from connecting with those whom I cared about and resonated with. I live to serve and connect with people and so over the years I sucked it up on more occasions than I can count in order to do so.”

“It’s hard not to be affected in any industry around the world, but Hollywood has been notorious for its disrespect of the feminine in all of us. Thankfully, I am at a point in my life where there is no need for me to spend time in an environment that reduces women.”

Alanis – who was speaking to clarify “some mis-informed rumblings” about her absence from the show, which she wasn’t advertised for – insisted she will show up to inclusive events “with bells on.” She continued, “I have had countless incredible experiences with production teams with all genders throughout my life. So many, and so fun.” 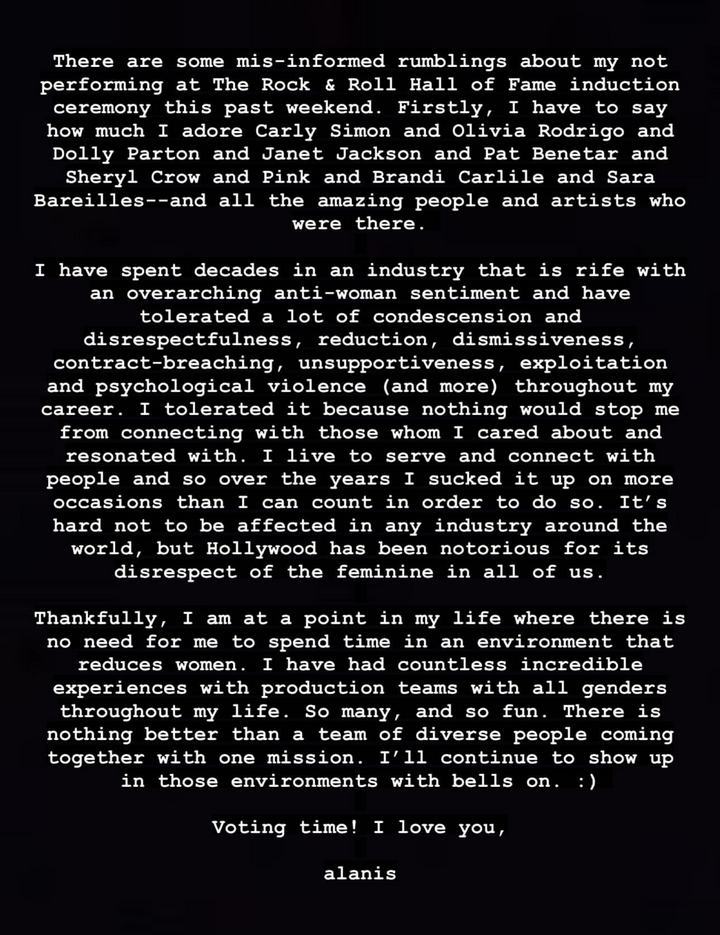 Alanis Morisette calls out Rock and Roll Fame of Fame

“There is nothing better than a team of diverse people coming together with one mission. I’ll continue to show up in those environments with bells on.”