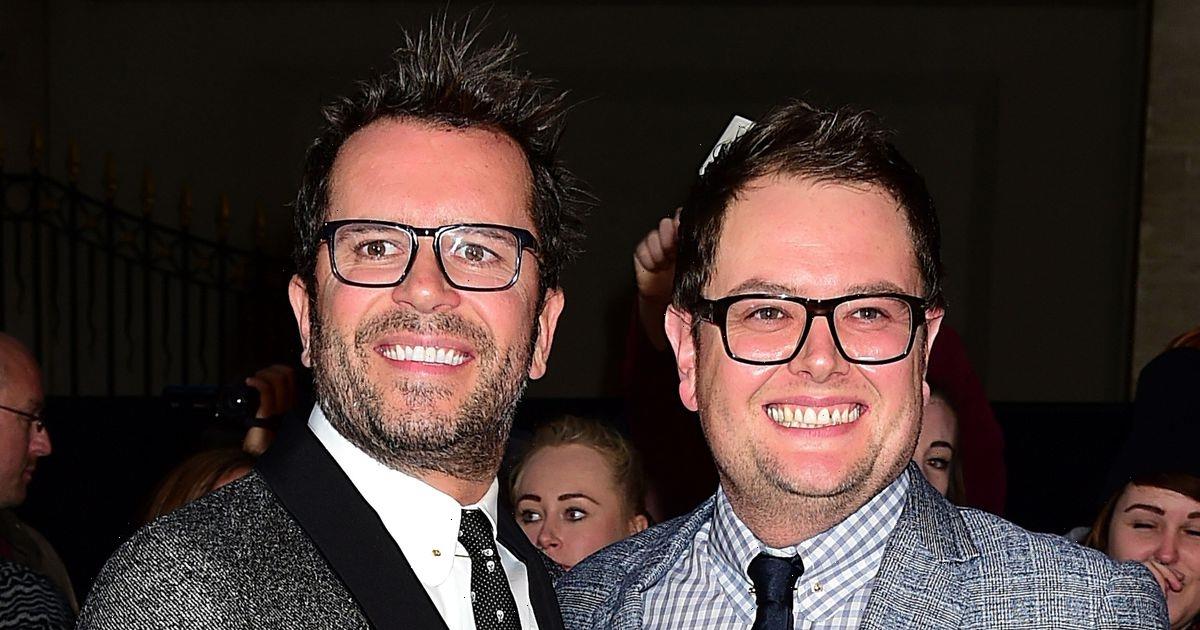 Alan Carr’s husband is going under the knife for a life-saving brain operation.

Recovering alcoholic Paul Drayton, 50, will endure having two holes drilled into his skull so medics can drain a potentially deadly blood clot.

The op comes weeks before he faces being jailed after he admitted to a drink-driving incident that saw him reverse into a cop car and narrowly miss a pram-pushing mum.

Paul said about his upcoming surgery: “I have a chronic subdural hematoma.

“They have to drill two small holes to drain it. Hopefully in the next few days.”

He made the announcement on social media – telling fans he will be offline “for a while”.

Paul – who has been married to telly host Alan, 45, for almost four years – added to his fans: “Thank you all for your messages and love.

“I won’t be on here for a while but will read all your messages as it gives me comfort and peace.”

He said his clot was discovered after he made an appointment following a fall from a horse that left his head feeling not “right”.

Paul was warned last month by a judge it was a “miracle” no one was killed when he got behind the wheel four times over the legal limit.

He was accused of drink-driving after he reversed into a police car, narrowly missing a mother pushing a pram, while in his Mitsubishi 4×4 in West Sussex in October.

The incident happened three miles from the £2.7 million home he shares with Chatty Man presenter Alan.

Paul originally denied the charge but admitted his guilt on 23 November at Brighton Magistrates’ Court before the case was adjourned for sentencing in the New Year.

Alan has revealed he takes months off the booze to help hubby Paul battle his alcohol addiction.

Paul has been getting rehab and therapy at home after he dramatically fell off the wagon in the summer.

He prompted worries for his health and marriage when he posted a picture of himself in August with a black eye.

Paul later insisted he sustained the shiner after he punched himself in the face during a drunken binge because “I hate myself”.