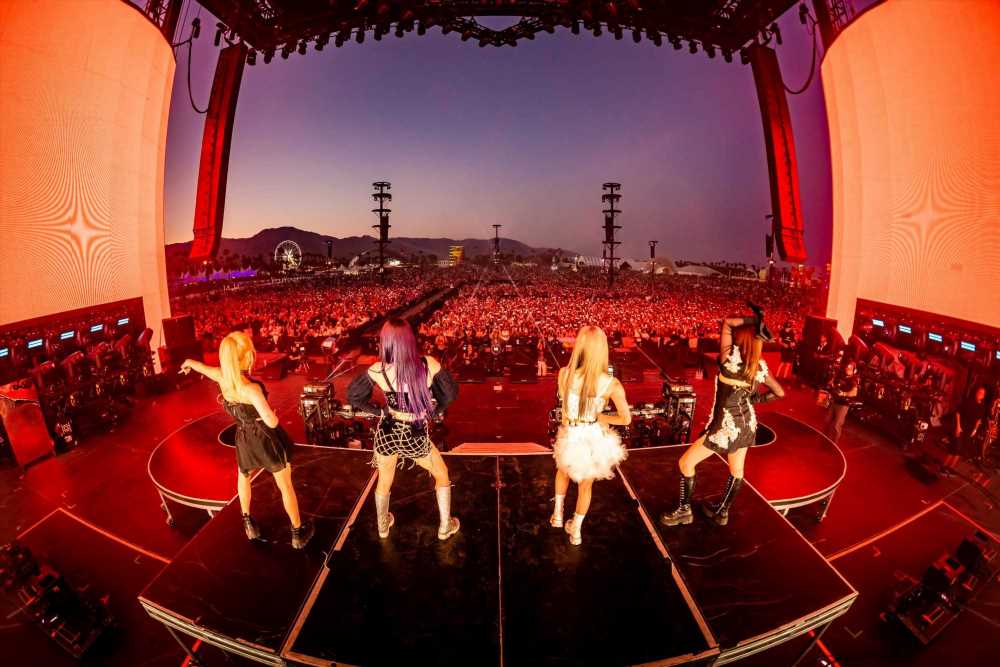 Management company and record label 88rising once again brought K-pop to the Coachella main stage Saturday night, with an appearance by the girl group Aespa. The quartet — Karina, Winter, Giselle, and Ningning — debuted in November, 2020, in the thick of the pandemic, which didn’t exactly afford them many opportunities to perform live. That meant that Aespa’s Weekend Two appearance at Coachella — part of 88rising’s Head in the Clouds Forever showcase — was a hugely anticipated event.

Aespa’s set was announced just after Weekend One came to a close, as social media posts teasing an L.A. trip created rampant speculation among fans. Though the group appeared at last year’s Macy’s Thanksgiving Day Parade, tonight’s performance was much larger in scale, with throngs of fans showing up in Aespa gear to give the girls a warm welcome.

Here's Every Surprise Artist Who Appeared at Coachella 2022 Weekend Two

2022 Coachella Livestream: How to Watch the Music Festival Online From Home

RS Recommends: 5 Devices You Need to Set Up Your Smart Home

Aespa kicked off their set with “aenergy,” the opener to their first mini album Savage, then performed debut track “Black Mamba,” accompanied by pyrotechnics and lasers and a video screen flashing a neon jungle concept. Aespa blasted through their latest hit, “Savage,” but the real treat for Coachella attendees was the unveiling of “Life’s Too Short.” The quartet performed an English version of the unreleased track, said to be on their upcoming album.

“Life is too short for hate!” they screamed before transitioning into the track, a cute pop song that showcases a different side of Aespa, with a chorus that goes, “I’m doing me regardless/And I don’t care what you say about it/And it don’t matter if you like it or not/I’m having all this fun so/Why would I ever stop.” During the set closer “Next Level,” the girls nodded to the moment, changing the “What’s the name? Black Mamba!” part to “Where we at? Coachella!” as the crowd screamed its approval.

Fans can catch Aespa’s set when the Head in the Clouds Forever showcase is streamed on the Coachella Curated YouTube channel starting at 10 p.m. PT / 1 a.m. ET