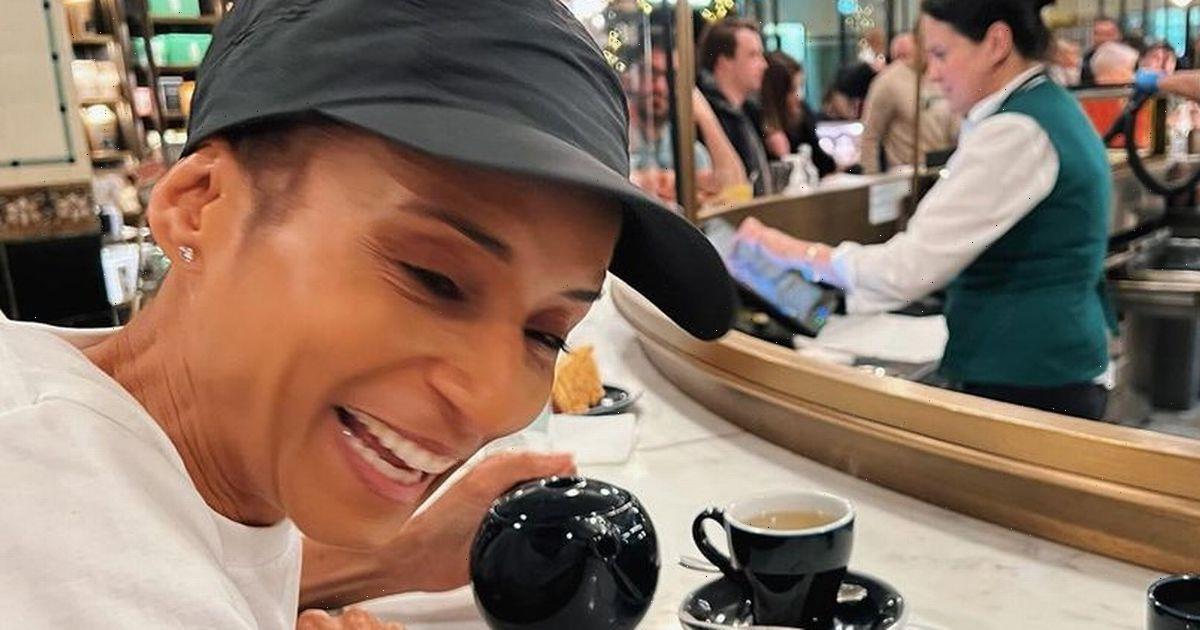 Adele Roberts has told fans she is celebrating the one-week anniversary of leaving hospital, after having surgery to remove a cancerous tumour from her bowel.

The I'm A Celebrity star shared last month that she had been diagnosed with bowel cancer and has kept fans updated about her op and how she is adapting now that she's had a stoma fitted.

Posting her latest update, Adele revealed she and her partner Kate had marked the milestone by heading out for tea and cake at Harrod's in London.

"Celebrating one week since leaving hospital," she wrote alongside photos of their tea and two "lucky pennies" that she found on the floor.

"I cannot believe how well my little stoma is doing. Made me so proud! Tea instead of champagne but it's never tasted so good!

"Still getting used to everything and learning what works for my new body… Kate nearly killed me off with carrots on Tuesday… and I stupidly thought courgette would be digestible a couple of days later. F me… I thought I was going to pass out from the pain haha. OMG…"

The BBC Radio 1 star went on: "It's HUGE learning curve but one you're all getting me through so thank you!!! If you know someone who has a stoma, make no mistake, they are actual UNITS! Proud to be one of your number. Every morning I wake up I am so grateful.

"I saw a guy waking round the shops today with a big birthday badge that said 65. For the first time in my life I thought – how amazing will it be if I get to wear a badge like that one day?! I bloody hope so… as long as the carrots don't get me."

She added that the pair also bought some cake to take home after their day out.

Adele later uploaded another picture to her grid in a post about her "amazing" stoma nurse.

"Had my first home visit yesterday and me & Katie were so excited!" she told her followers.

"It was like waiting for Father Christmas. We left biscuits and tea out for her ready.

"Kate kept singing 'the stoma nurse is coming' to the tune of Vengabus (all day)."

Adele told fans she had also been given the mission of buying "big knickers" to help support her tummy.