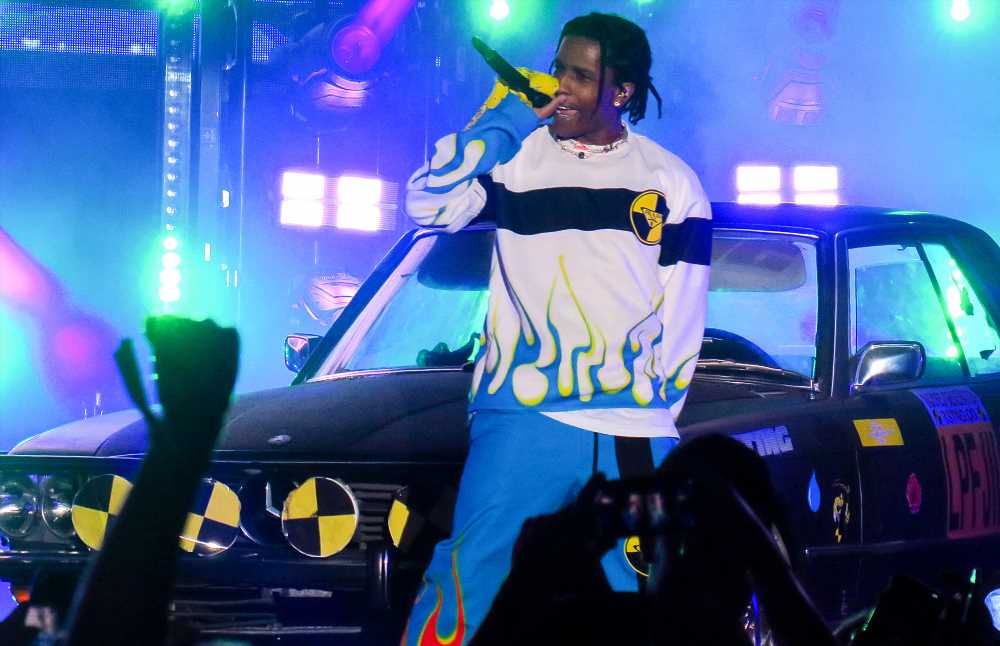 A$AP Rocky is back in business.

On Sunday, the rapper, 30, performed at the Real Street Festival in Anaheim, California, which marked his first concert since he was released from custody in Sweden earlier this month.

During his performance on stage, Rocky openly addressed the crowd and acknowledged his arrest in Stockholm, where he was held on assault charges after being involved in a street confrontation.

“People who didn’t even f— with me felt sympathetic for my situation, people was praying for me,” he continued. “That uplifted me when my spirits were low. Can’t thank y’all enough, that was crazy, thank you so much. Hip hop never looked so strong together, we a big strong community together.”

After thanking his fans, Rocky continued on with the show, which included surprise performances from Tyler the Creator, YG, and A$AP Ferg.

“I’m so happy my brother is home,” Tyler, 28, said on stage after he and Rocky’s performance of their 2013 hit “Work,” according to iHeartRadio.

At the end of the show, Rocky thanked the crowd once again for their support, and asked that they “keep praying” for him.

The rapper and model returned to the U.S. on Aug. 3, one day after he was released from Swedish custody. Rocky was spotted looking elated as he exited the private jet he had taken overnight from the Stockholm Arlanda Airport upon finishing the final day of his high-profile trial in the city’s District Court according to multiple reports.

Rocky — who pleaded not guilty — appeared in court on Aug. 2 to hear testimony from witnesses, including his bodyguard, before closing arguments were held. Upon the announcement that the rapper would be released pending the judge’s ruling later this month, the courtroom erupted and his mother shouted, “There is a God,” USA Today reported.

The ruling is expected to be announced Wednesday, the Swedish court said.

A$AP Rocky returned to Instagram shortly after the decision was announced. “Thank you from the bottom of my heart to all of my fans, friends and anyone across the globe who supported me during these last few weeks. I can’t begin to describe how grateful I am for all of you,“ he wrote.

“This has been a very difficult and humbling experience. I want to thank the court for allowing me, Bladi and Thoto to return to our family and friends. Thanks again for all of the love and support,” he said.

The artist, born Rakim Mayers, had been in custody since July 2, after he was arrested in Stockholm following an alleged street altercation involving a 19-year-old man named Mustafa Jafari.

Although assault cases causing bodily harm can result in a sentence of up to two years of imprisonment, the prosecution called for a much shorter sentence, asking for the court to consider a six-month jail sentence, according to USA Today.

Rocky told the court he thought community service would be appropriate, the Associated Press reported.

While in court, A$AP Rocky stressed that he hopes his name will be cleared of all charges.

“What I want is justice. I want my name to be cleared. Justice for all of us,” he said, according to USA Today.

A$AP’s case, which gained international attention, also caught the eye of President Donald Trump, who previously announced his plans to call the prime minister of Sweden to help release him from jail.

The day after he returned to the states, Rocky was spotted attending Kanye West’s Sunday Service event. Video clips showed him chatting and laughing with A$AP Ferg, 30, and West’s sister-in-law, Kendall Jenner, 23, to whom he was briefly romantically linked in 2017.