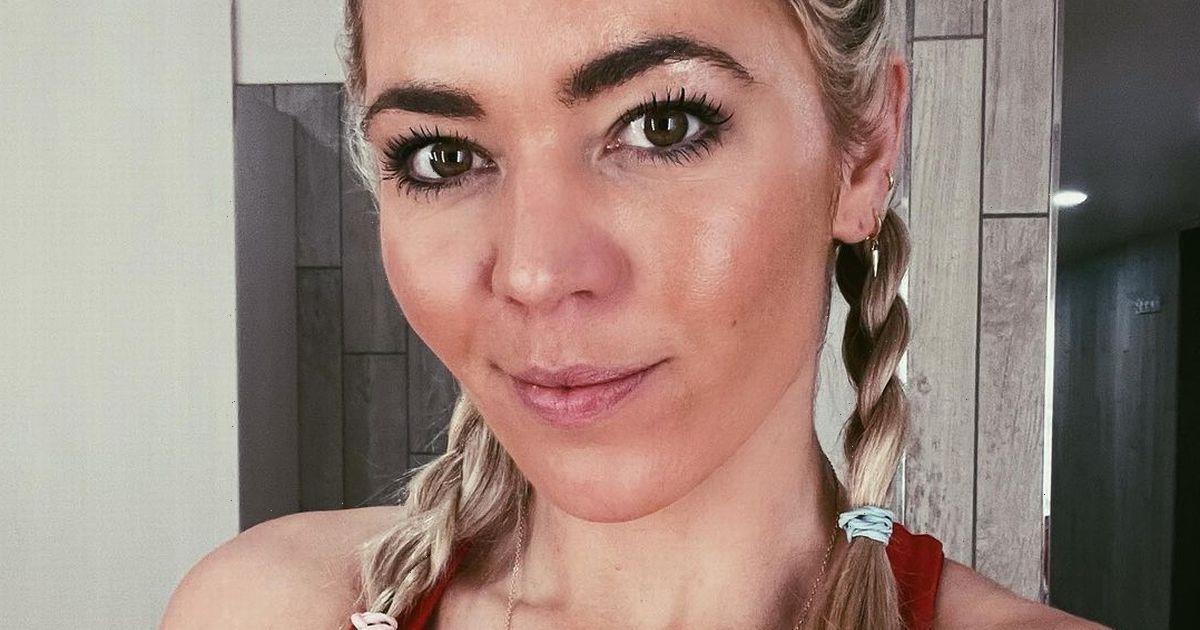 Channel 4's A Place in the Sun star Danni Menzies sent her followers wild as she donned a skimpy black bikini at the gym.

Danni, 33, looked stunning as she showed off her toned figure in the black halter neck Calvin Klein bikini.

Walking away from the camera, Danni ensured all eyes were on her peachy derriere as she draped a towel over her shoulder for the dip.

Tying her blonde hair away from her face, Danni looked incredible as her fans rushed to compliment her on her latest Instagram snaps.

One posted: "Wow, wow and double wow. You are too beautiful for words."

Another said: "Perfection right there."

A third joked: "Are you selling framed photos of these?"

A fourth added: "Bloody hell Danni could have warned us."

Danni's latest snaps come after she revealed she is single after travelling for the Channel 4 show made it hard to maintain a romance.

The TV star has also quit A Place in the Sun after deciding she need to take a break from her travel schedule.

She told Daily Star: "I've left the show about a month ago, I've done it for six years and it's about time for a change and there were quite a few things that were hard to do when I was doing the show, like have a relationship.

"Like when you go on a date you're packing your bag every week doesn't really happen, so I just thought it's time for a change.

"I actually broke up with someone yesterday – it was s***.

"I think it was the right thing."

Danni also opened up about her thoughts about being labelled as a sex symbol, asking: "Am I? I don't know… How does that make me feel, I don't really think that myself but I guess that's nice. I guess going to the gym is worth it.

"It's a lot of pilates, running and working out and I've got one of those light masks, which my skin has gotten so much better after that."