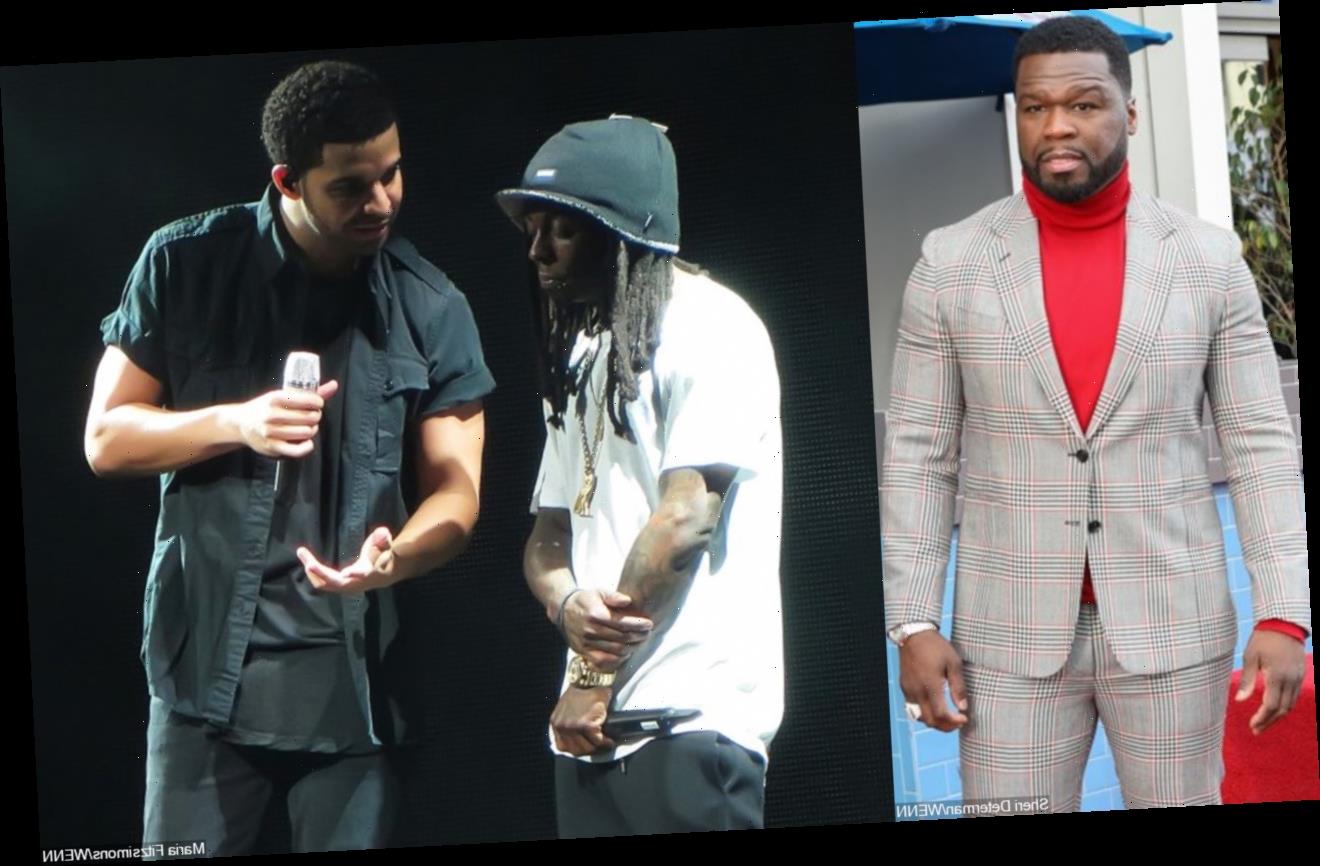 When promoting his new Branson cognac line, the ‘Candy Shop’ hitmaker explains that the rappers’ different styles will provide entertainment should they face off against each other.

AceShowbiz –50 Cent has challenged Lil Wayne to hit the VERZUZ stage with his protege Drake in 2021.

Rappers have come together in 2020 for rap battles on Swizz Beatz and Timbaland‘s COVID-busting online initiative, and now 50 wants to see a Drake/Lil Wayne face-off.

Asked who he thought would be a good VERZUZ opponent for Drake and Wayne during an Instagram chat while promoting his new Branson cognac line, 50 said in a new interview, “I think because of the momentum, the best thing would be Lil Wayne versus Drake.” Fiddy further elaborated, “because it’s two styles, two different styles in the same period so it will be entertaining enough to watch both of them.”

Should Weezy accepted Dizzy’s challenge, that wouldn’t be the first time for them to have a friendly battle. The two rapper previously went on a Street Fighter-inspired tour dubbed “Drake vs. Lil Wayne”. The “In My Feelings” hitmaker and the “Scared of the Dark” spitter used to co-headline the said tour in addition to having a joint set during which they went hit-for-hit in which fans would decide the winner among the two.

Meanwhile, last week, The Game said he would be willing to take part in a VERZUZ battle – but only if he was matched up with old rival 50 Cent.

The rap battles linked to VERZUZ so far have included Snoop Dogg and DMX and Gucci Mane and Young Jeezy.