Best star snaps of the week: Nicole Scherzinger, Blake Lively and Kim Kardashian glow in their skin and more

Zoë Kravitz might be covered in countless tattoos, but the actress told GQ she’s planning on ditching some of her numerous designs in a recent cover story.

“Just things, I’m like, ‘I don’t need this on my body,’” she said of her decision to laser off a few pieces, including a star on her finger that she got at the age of 18.

The “High Fidelity” star — who also said she was debating whether she wanted “a marriage, children, any of it” following her divorce from Karl Glusman — has so many tattoos that she told InStyle last year she’d actually lost track of the number.

“I think tattoos are a beautiful form of adornment, just like makeup or jewelry,” the 33-year-old told the publication when asked about her rumored 56 pieces of ink.

“It’s funny because I don’t even know how many I have.” 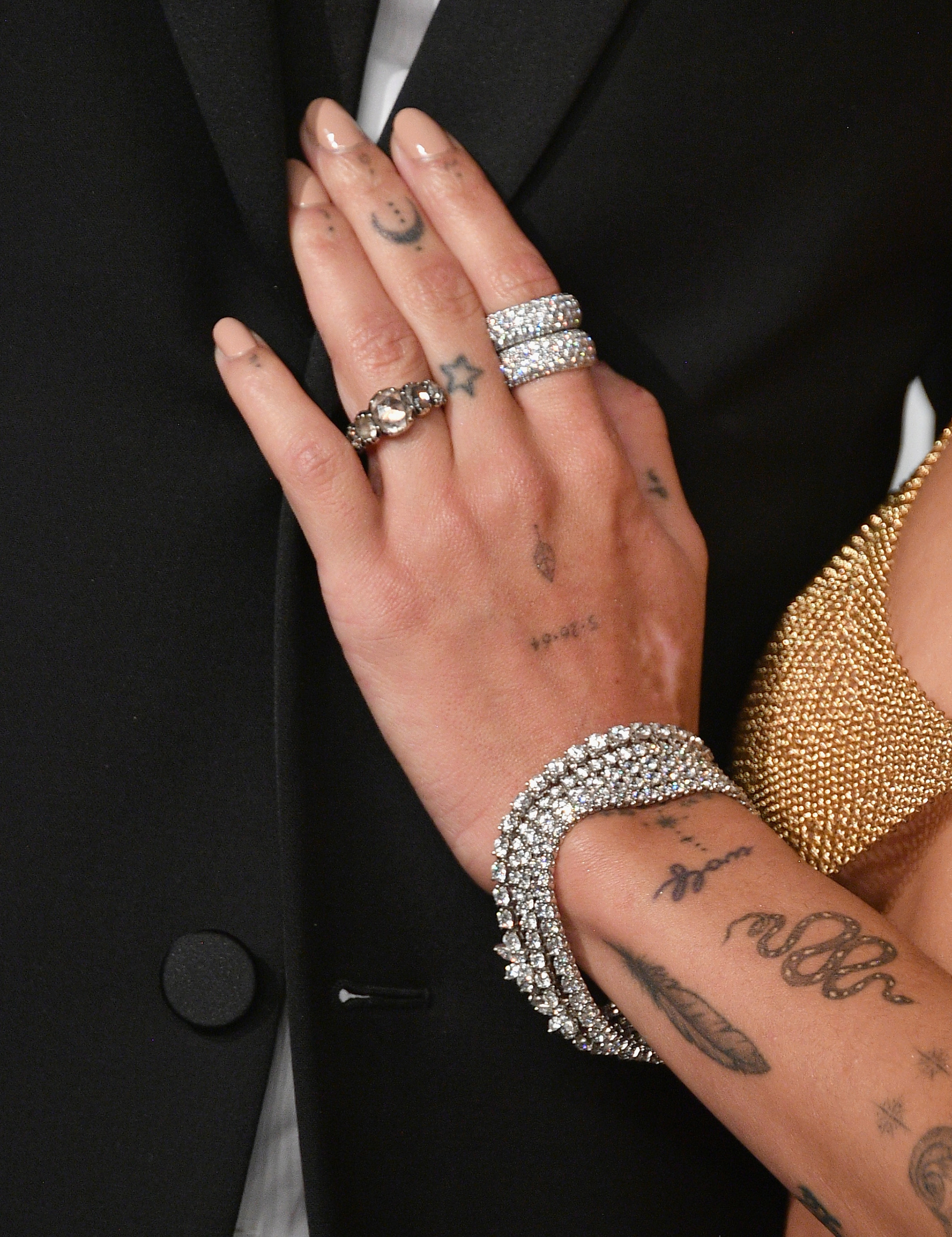 “I hardly see them anymore because I am so used to them,” she said, adding, “I have gotten a few removed, but I plan on getting more tattoos.”

The daughter of Lenny Kravitz and Lisa Bonet is covered in delicate designs depicting leaves, arrows and letters on her arms and hands, but she’s also got some larger designs such as a cassette tape, a snake and an eagle — as well as other tats on her feet, neck and behind her ear.

The “Big Little Lies” actress also shares some meaningful designs with loved ones, including a “Free At Last” tattoo to match her father’s, and one that says “être toujours ivre” (translated roughly as “to always be drunk” in French) just like her ex-stepdad, Jason Momoa. 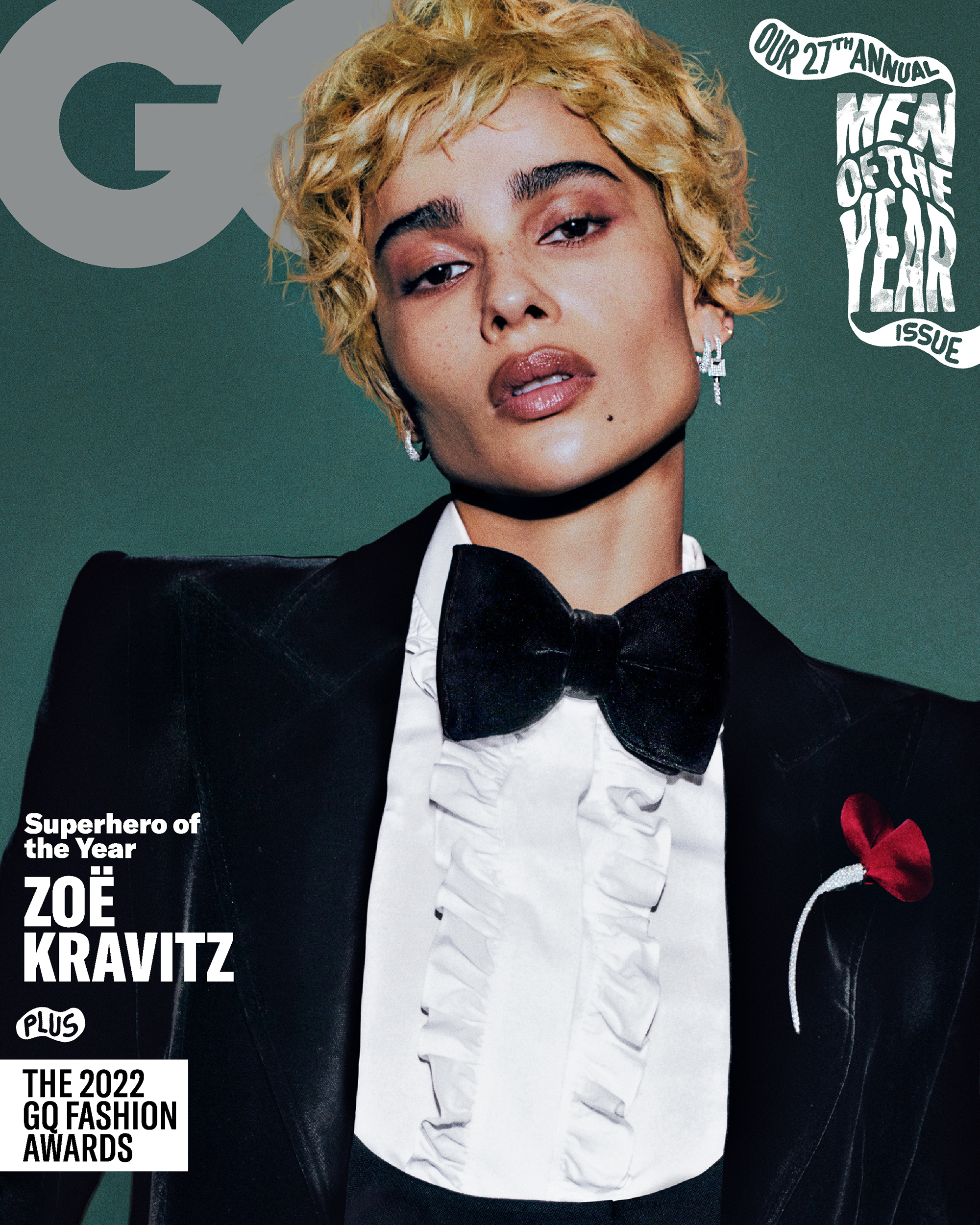 Kravitz covered the GQ Men of the Year issue in an androgynous look. 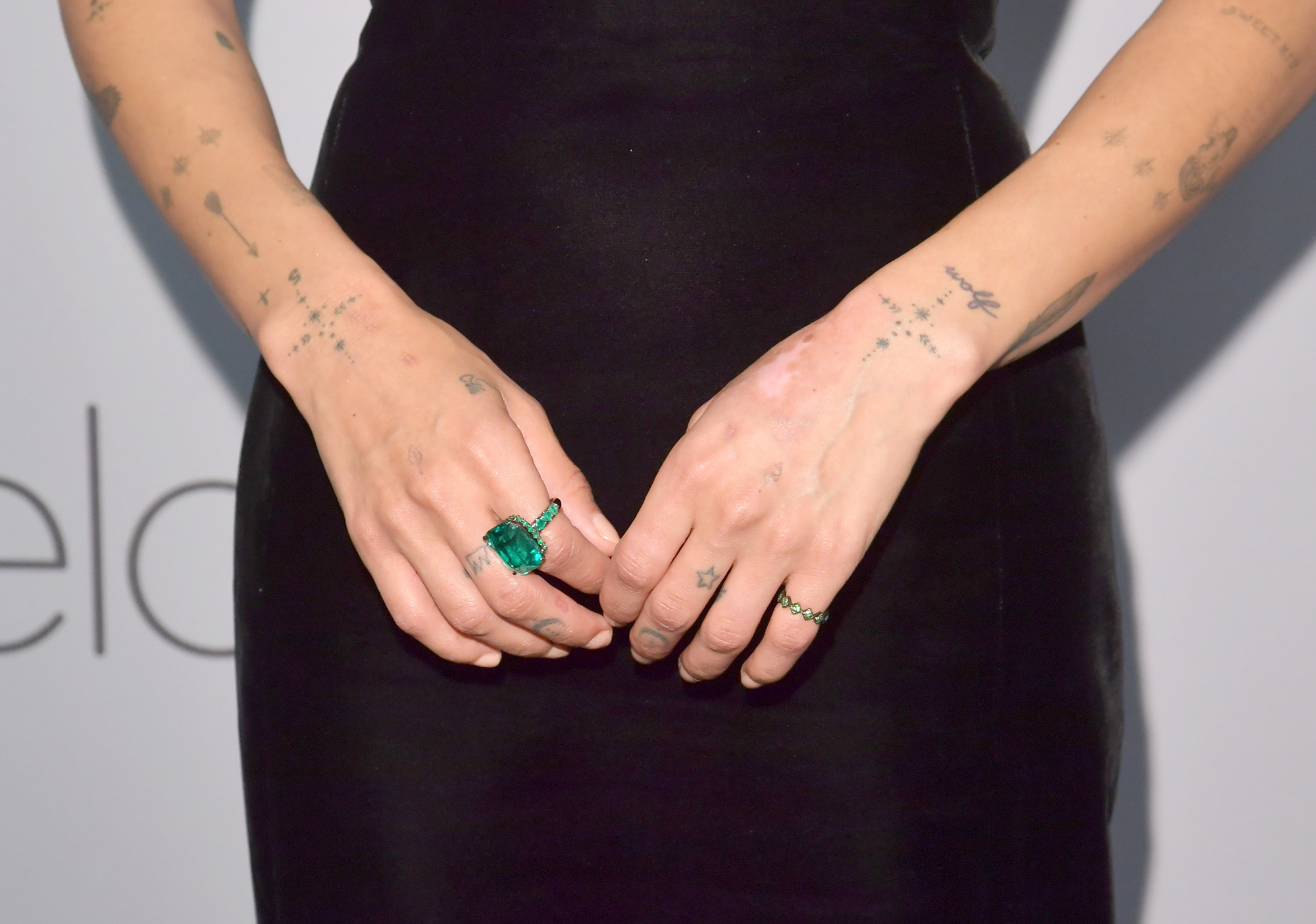 The designs covering her fingers and hands include a tiny crown, a star, leaves, crescent moons and more. 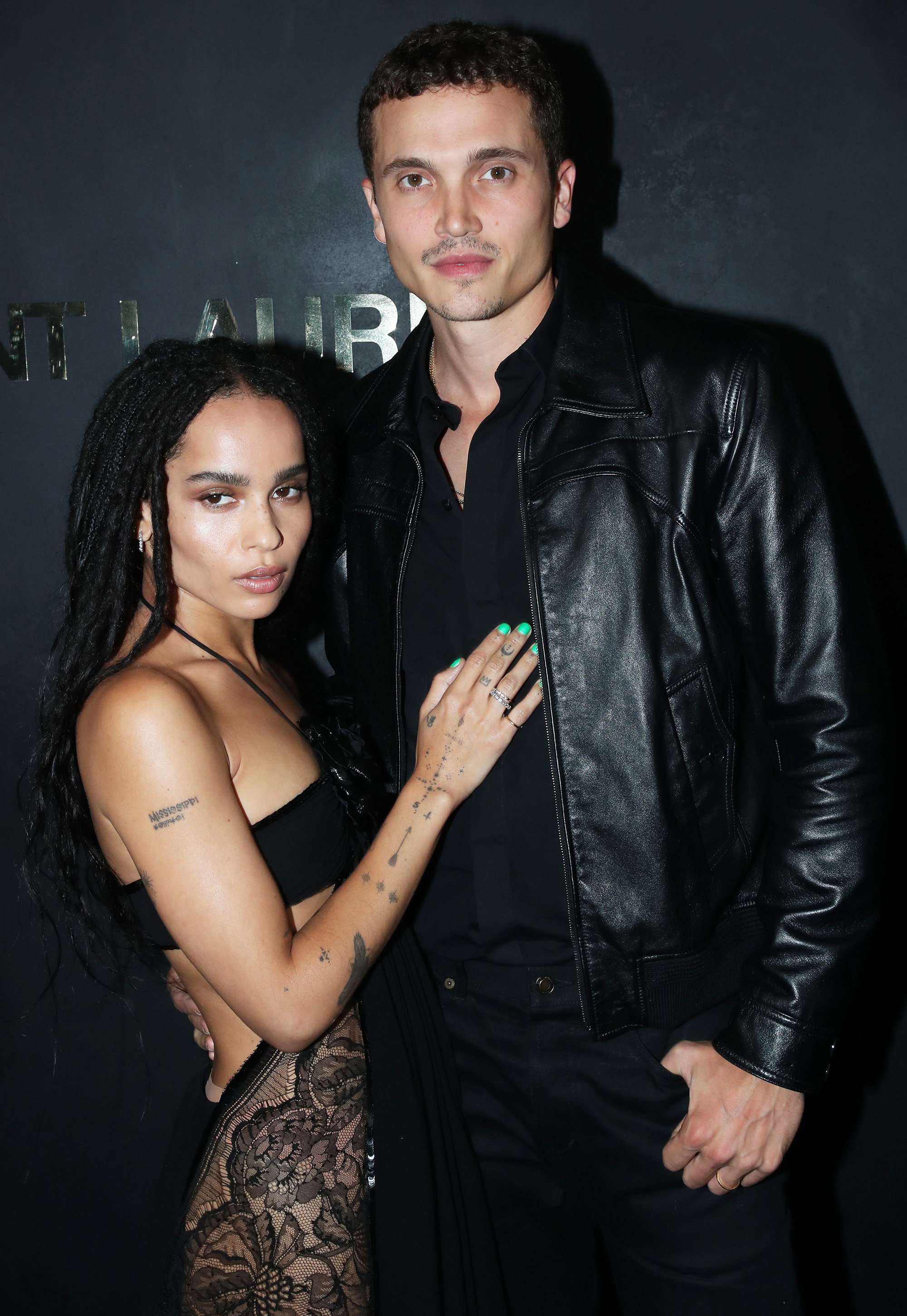 The star posed with then-husband Karl Glusman in 2020. 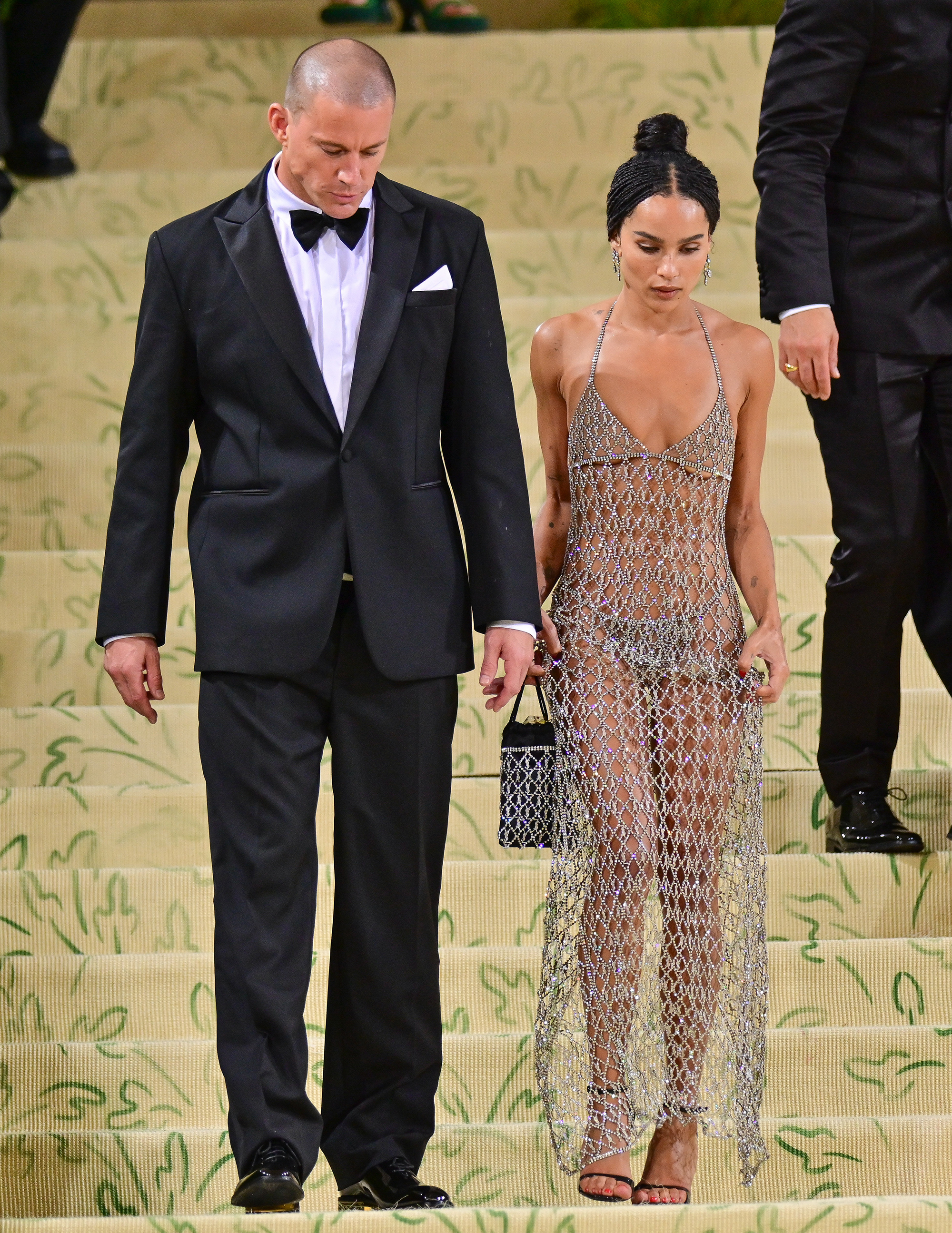 She stepped out with boyfriend Channing Tatum in a see-through dress that showed off her tats at the 2021 Met Gala. 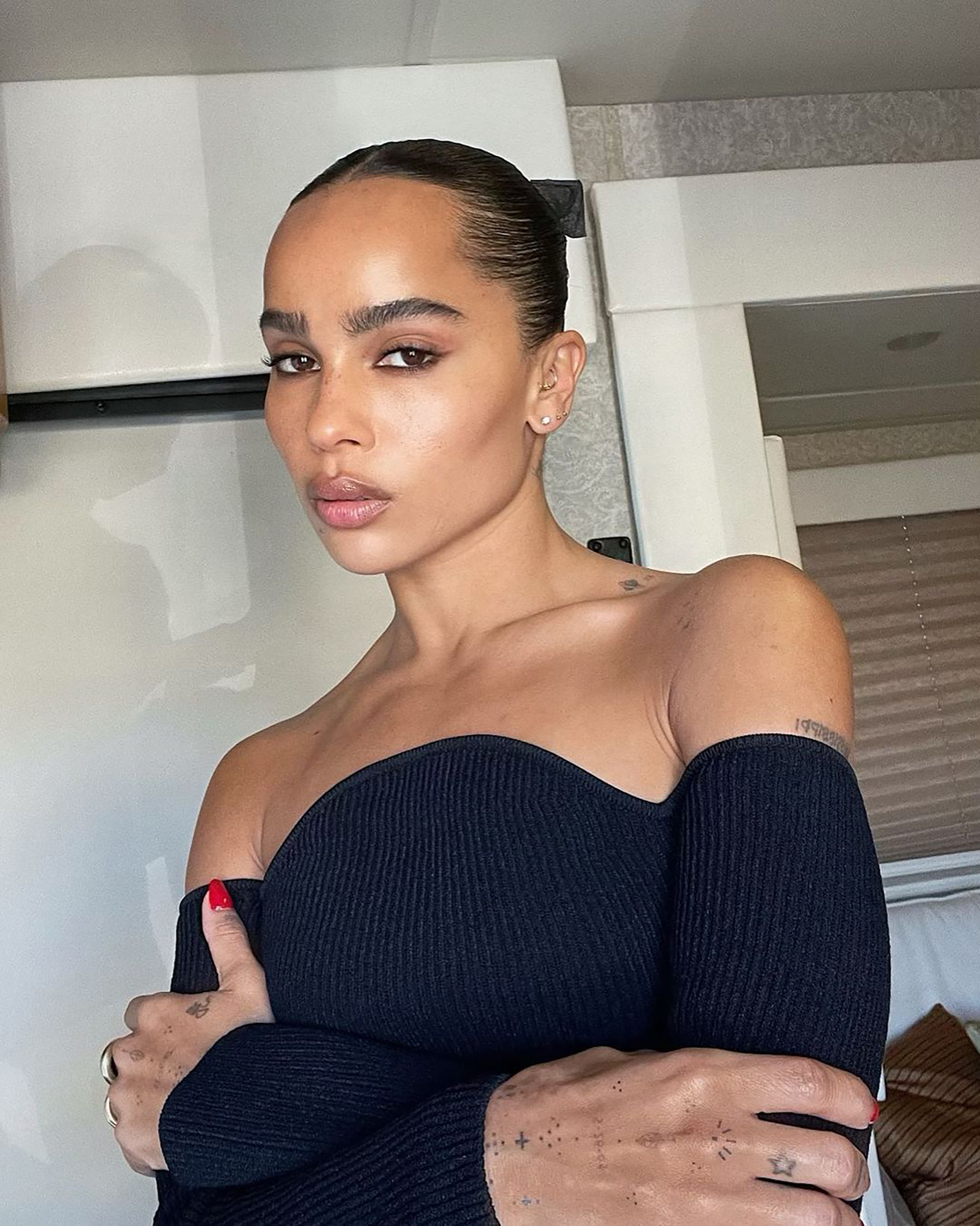 Kravitz showed off her hand ink in an Instagram snap earlier this year. 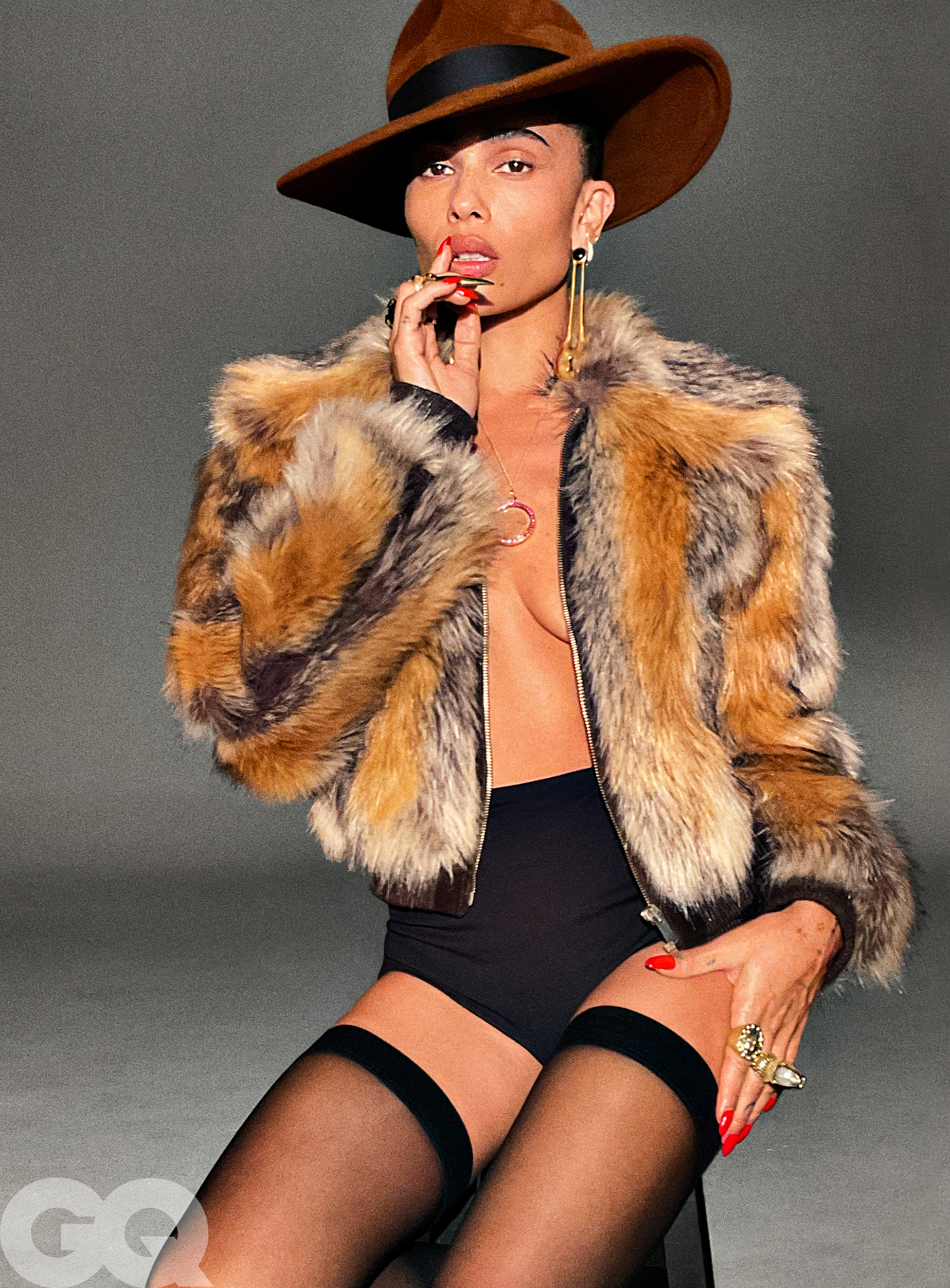 The actress posed in a fur coat and thigh-high stockings in her shoot for GQ.