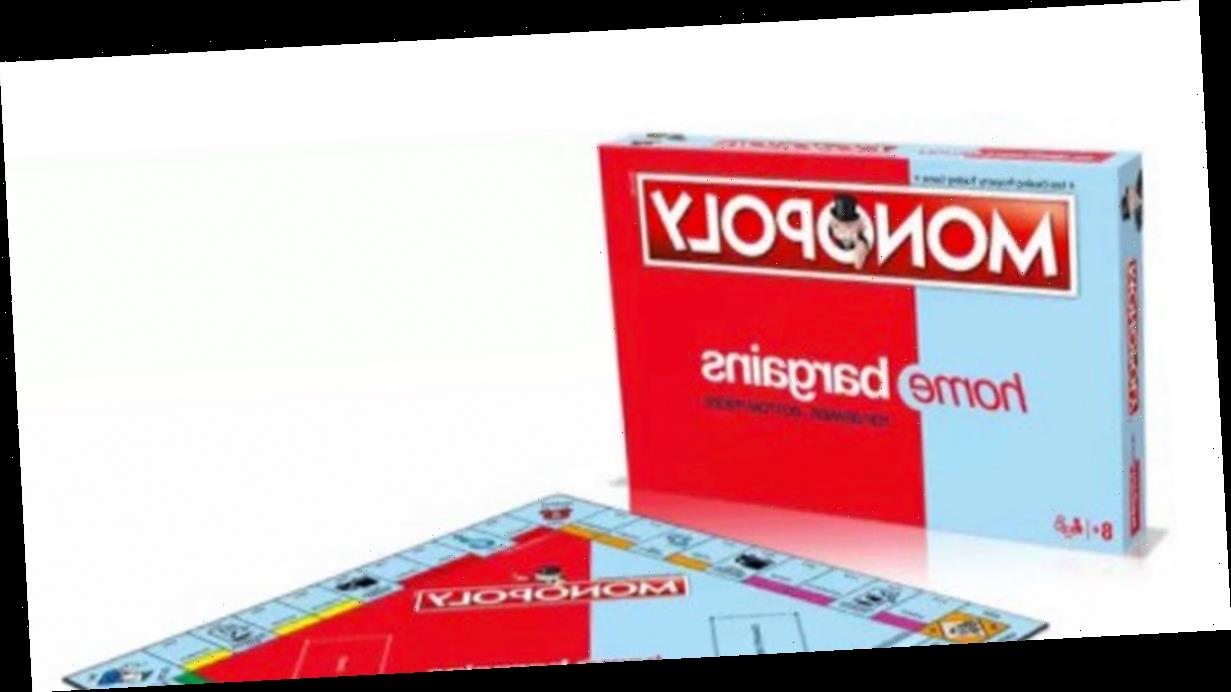 Are you a board game lover?

The fun games have a long history of entertaining families over the dining table.

And, there’s no game more classic than Monopoly.

The Hasbro board game was first made in 1935 and has been a firm favourite ever since.

Plus, gamers have enjoyed collecting special-edition sets which feature their home town or other fun quirks.

Now, if you’re a Home Bargains fan you can merge the two in one fun game.

The Home Bargains Monopoly set is available in stores now.

What's your favourite board game? let us know in the comments section…

"This exclusive version of Monopoly by Hasbro features some of Home Bargains most iconic locations, warehouses and our very own online store.

“Starting off in the very first HB store in Old Swan, Liverpool, you can end up in Pontefract, Rutherglen, Newtownabbey, Harlow or Poole!"

Instead of using houses and hotels, the new version lets you collect shops and superstores.

Like the regular game there are Chance and Community Chest cards.

Unfortunately, the game is sold out online.

But, savvy shoppers have spotted them in-stores so you can still get your hands on one.

It’s the perfect gift for all Home Bargains lovers.

And, it’ll give you something to play with on Christmas day.

The Monopoly set costs just £14.99 and is suitable for two to four players aged eight and up.

Recently, Monopoly published an Elf edition of the game too.

The description said: "Relive the hilarious movie Elf featuring the journey of Buddy The Elf from the North Pole where he passed the seven levels of the candy cane forest, through the sea of swirly-twirly gum drops, and then through the Lincoln Tunnel."

Fun all round, ey?

You can find your local Home Bargains using their handy Store Locator tool.