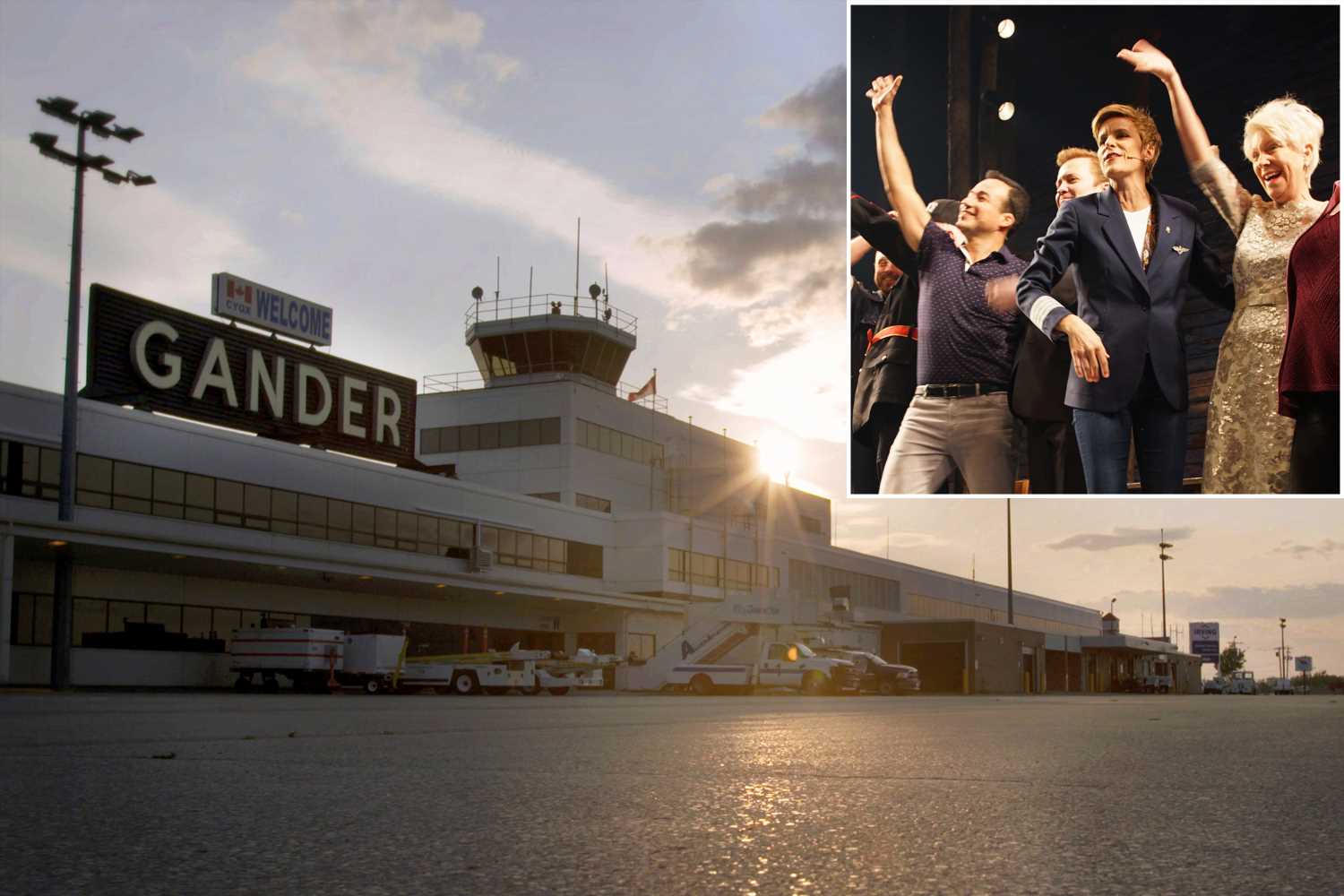 That’s what Moze Mossanen thought when a friend was cast in “Come From Away” at California’s La Jolla Playhouse.

“My jaw hit the floor,” the Canadian filmmaker tells The Post. “I figured he’d be back in two months.” Hardly. After the show played to packed houses there and in Seattle, Mossanen monitored its progress. He, too, was captivated by the story of how the 9,000 people of Gander, Newfoundland, fed, comforted and cared for the nearly 7,000 foreigners whose planes were forced to land there the day the Twin Towers fell.

“Who are these people the show’s based on?” he wondered. By the time the show opened on Broadway, in March 2017, Mossanen and his film crew were there to capture the joyous onstage meeting of the actors and their real-life counterparts.

That heady scene is captured in “You Are Here: A Come From Away Story,” a full-length documentary that will screen in 800 American theaters on Sept. 11. It’s a perfect companion piece to the musical. On film, we meet the real Beverley Bass, the stoic American Airlines pilot; Oz Fudge, Gander’s can-do constable; and Nick and Diane Marson, strangers on a Texas-bound flight from London who met and fell in love in Gander.

Footage shot by a tireless cable TV reporter and the “plane people” show scenes the musical can only suggest: 38 planes, stacked nose to tail, on Gander’s tarmac; fruits and veggies chilling on the hockey rink that became a veritable walk-in refrigerator; and the ruggedly beautiful shoreline of Newfoundland, the most easterly point in North America. It was there that many Irish families fled during the famine, surviving through mutual aid. “If you dug 5 pounds of potatoes,” someone notes, “you’d give 2 pounds to your neighbor.”

That generosity extended to Mossanen and his crew. Barely had they touched down in Gander, he tells The Post, when the mayor invited them in for a traditional boiled supper. A few days later, they were having a fish dinner with the mayor of neighboring Appleton.

“Usually, when you go on location, you have to beg for help,” Mossanen says. “What other city can you go to where the mayor will cook you dinner?”

As his crew boarded the plane back to Toronto, Mossanen says he heard someone shouting his name: It was Gander’s air-traffic controller, sitting on a ledge, waving goodbye.

“I’m a Persian Jew, raised in Tehran,” Mossanen says. “A lot of my people were forced to leave because of their faith, but were able to rebuild their lives in America and Canada.

“I think that was in my heart when I approached ‘You Are Here.’ I knew what compassion and kindness can do for people.”