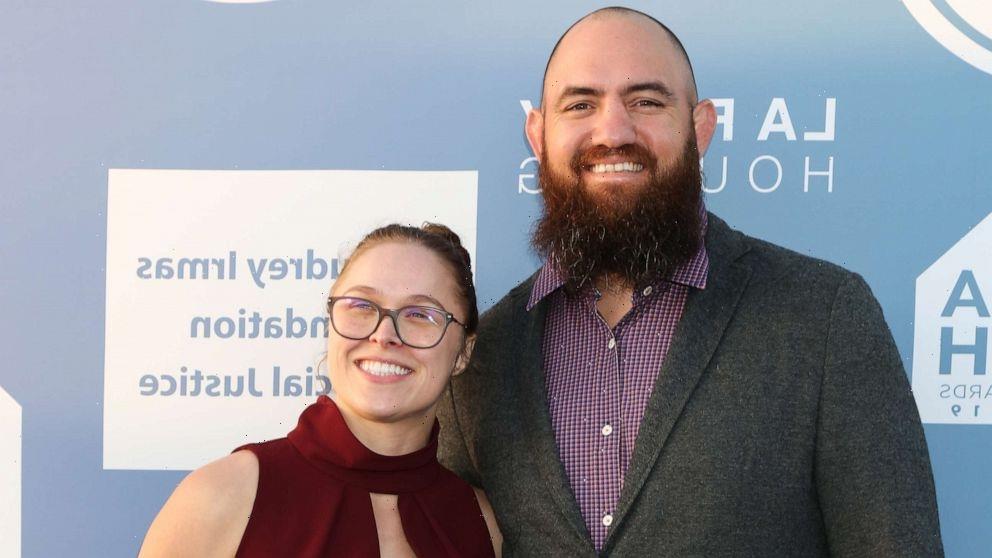 Congratulations are in order for former pro wrestler Ronda Rousey, who is pregnant with her first child.

Rousey, 34, shared a video alongside husband Travis Browne on YouTube Wednesday to make the announcement.

The two jumped right into the big reveal by having the UFC fighter shout “pow” while ripping away the pillow covering her growing stomach.

“I’ve been pregnant since January, so four months, woo, baby bump,” she celebrates in the sweet video. “I can’t hide it anymore so it’s time to show it off.”

While Rousey has yet to reveal if she’s expecting a boy or a girl, even going as far as hilariously censoring moments that could tip off fans in the video. However, she promised with a grin, “There’s definitely more to the story that we’ll tell later.”

The video also includes some of the happy moments leading up to their big reveal, such as the two finding out for the first time that they’re going to be parents.

Ronda Rousey on her transition from UFC to WWE

The couple cuddled and shared sweet kisses throughout the pregnancy announcement, with both also shouting out their fans for being supportive throughout their journey.

“Thank you everybody for all the well wishes and all the positivity to get to this point,” said Rousey, noting that the baby is due to arrive on Sept. 22.

Referring to their unborn child’s super active ultrasound, the proud soon-to-be parents dubbed their little one the “baddest baby on the planet.”