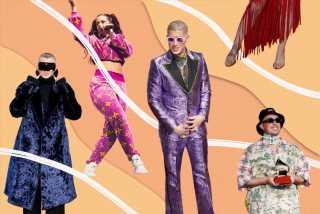 Is there anyone more exciting fashion-wise right now than Rosalía and Bad Bunny? A look at some of their best. 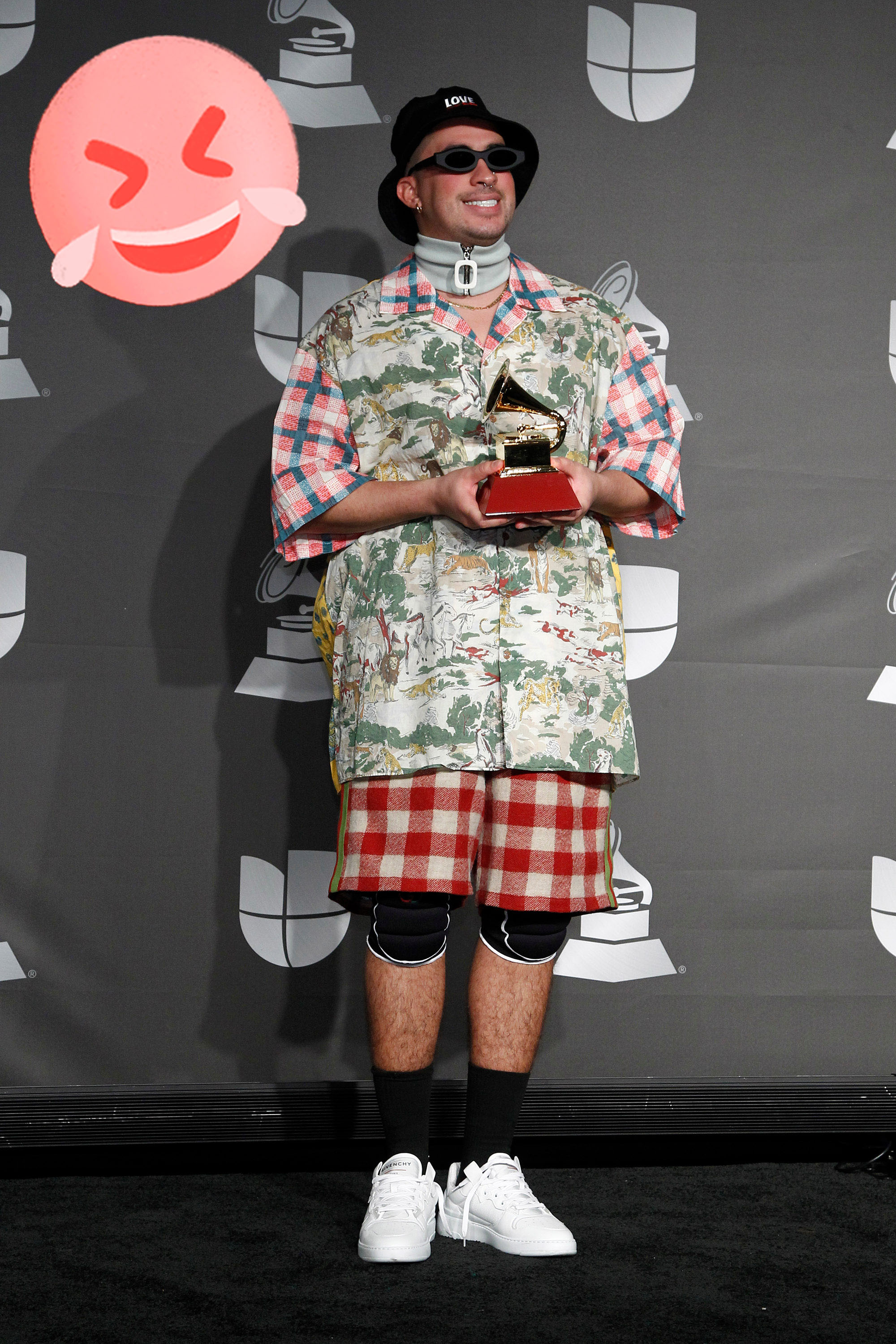 Bad Bunny at the Latin Grammy Awards in 2019. JPA/AFF-USA.com / MEGA

This mismatched pattern explosion shows Bad Bunny’s fearlessness when it comes to fashion. Looks like this have been seen in the Parisian avant-garde runway shows that celebrate heritage Americana. His effort to try to ground it with the bucket hat, sunglasses, knee pads and black socks inject humor, proving Bad Bunny is in on the joke. 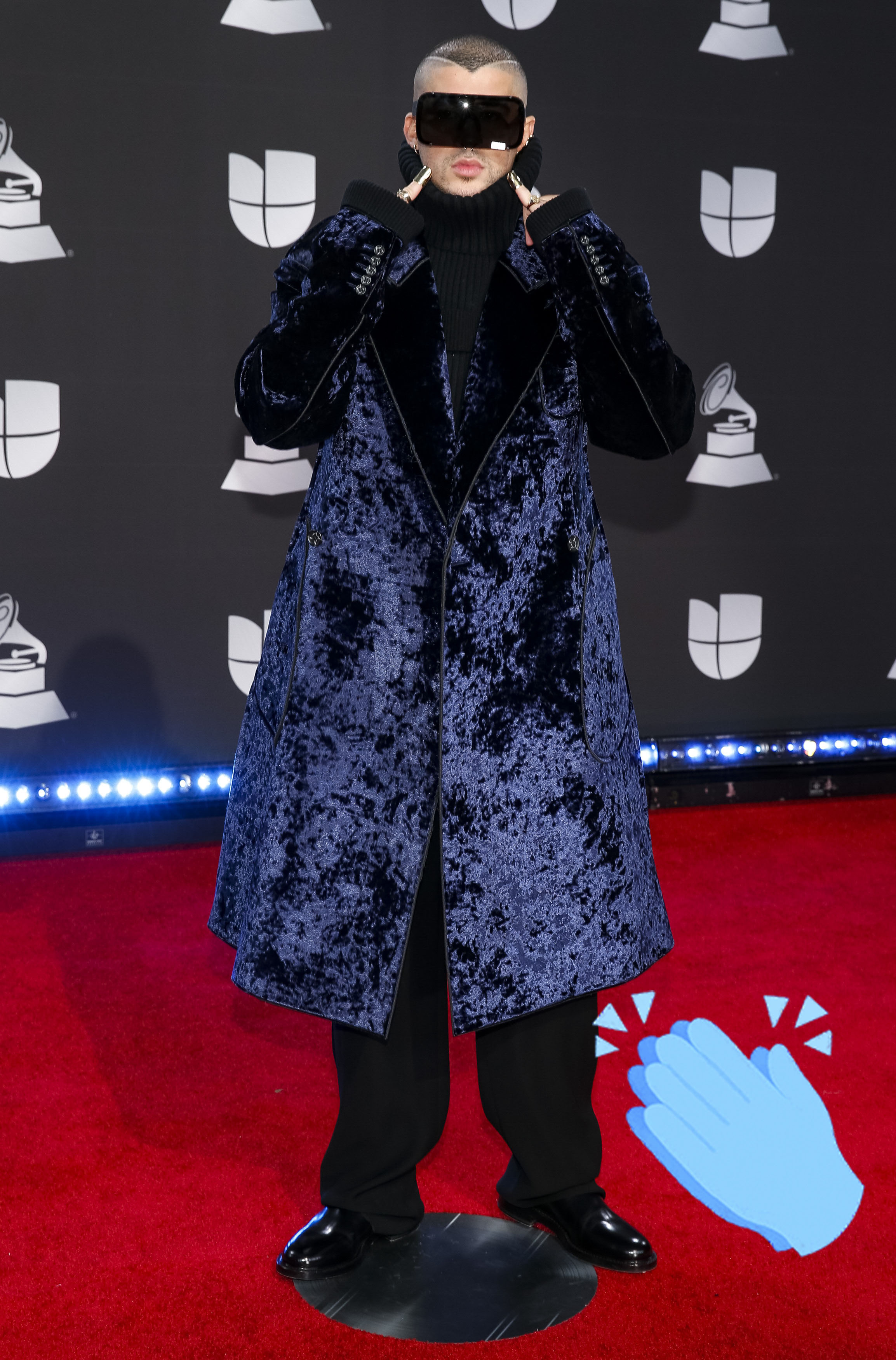 This feels like his take on a red-carpet evening ensemble. The pronounced haircut and futuristic eye accessory add a galactic flair that keeps us guessing. If those are VR goggles, we want to go to whatever reality he’s in. 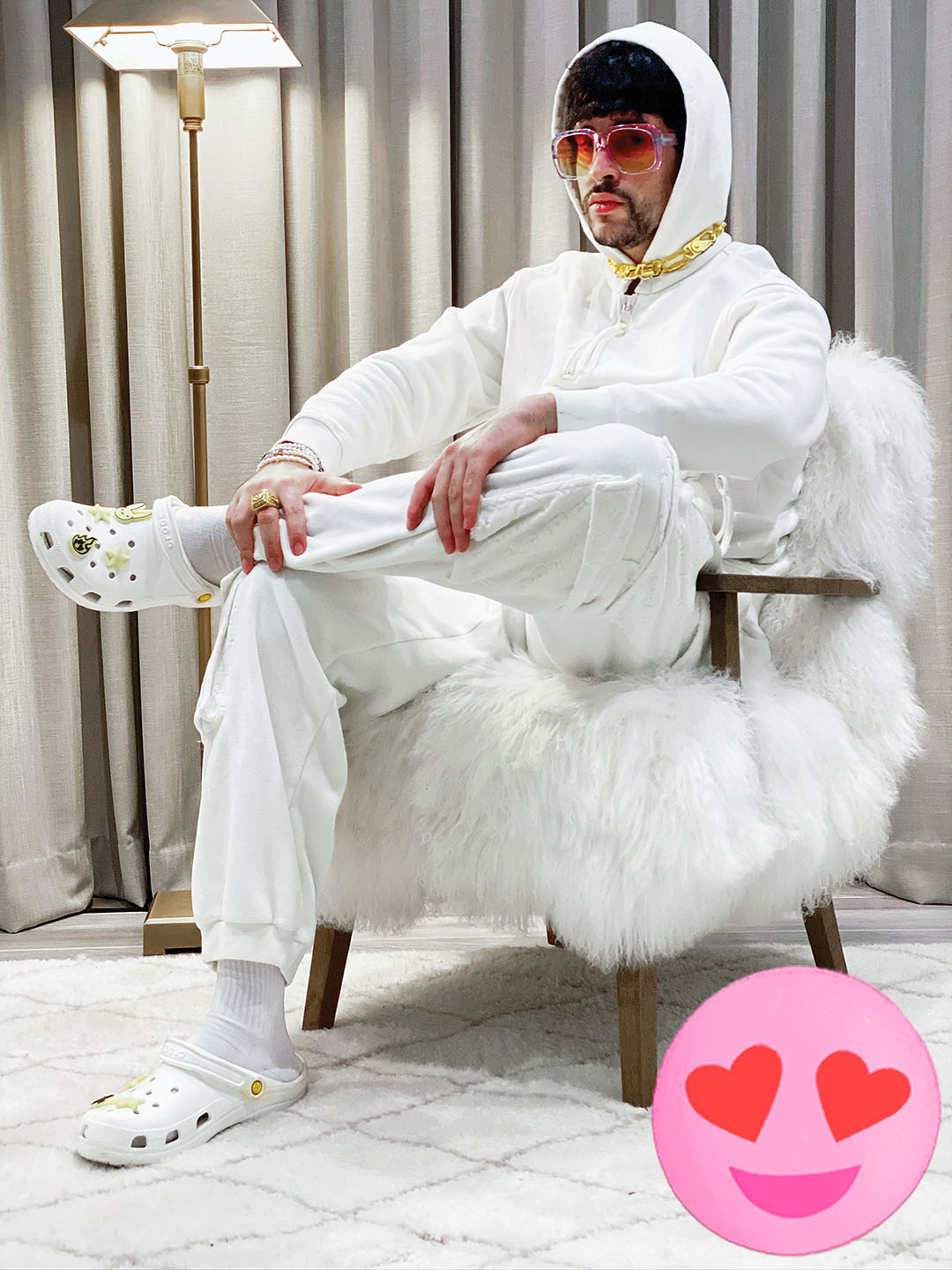 This is the perfect at-home lounging outfit for when you want to feel just a tad bit fabulous. The white Crocs and gold chain add a trashy-chic tension. What’s not to love about a bad bunny dressed as a white bunny? 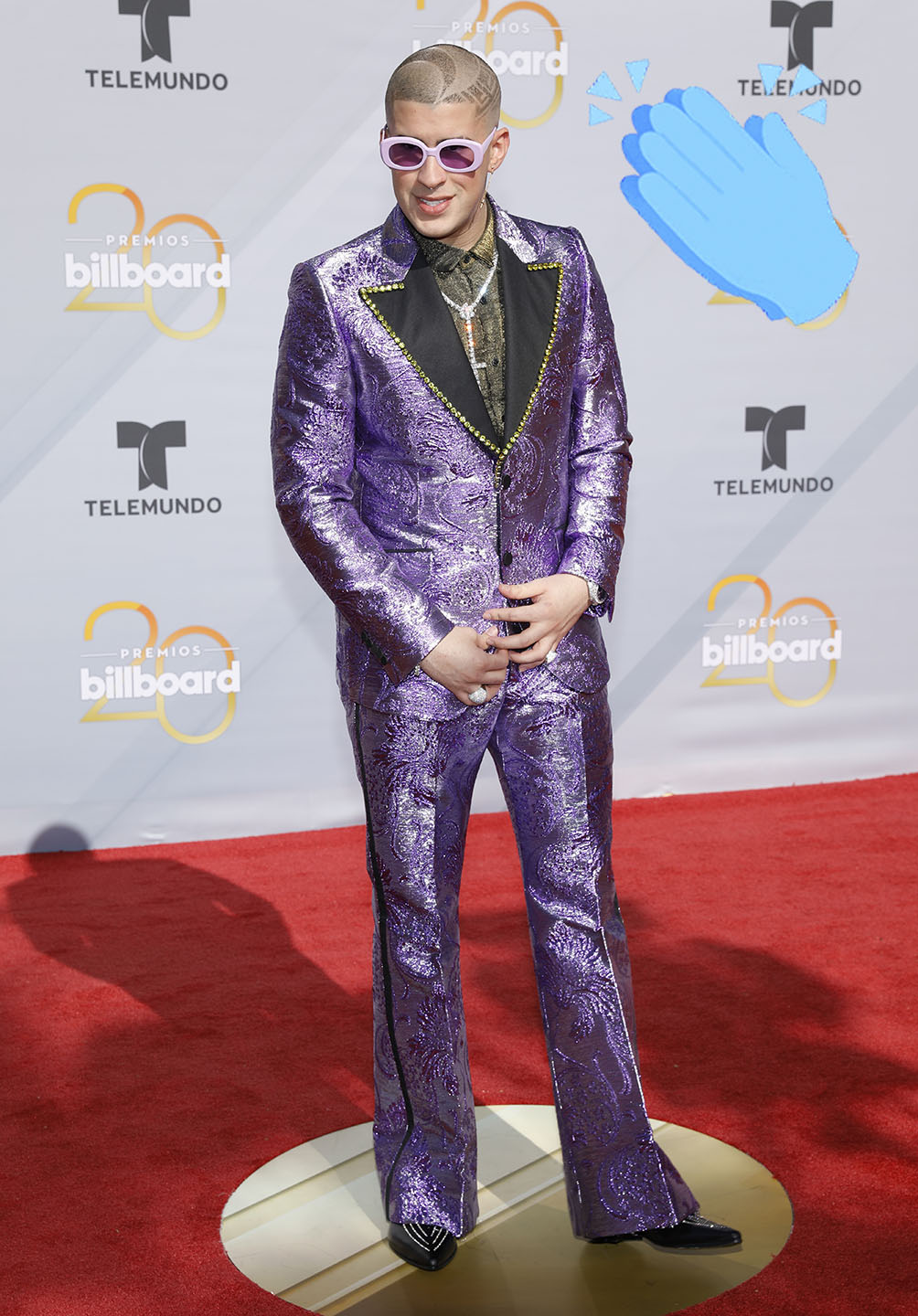 Yes please, we’ll take it! This 1970s prom tuxedo with a hint of Austin Powers really shows his confidence with fashion. There are no limits for him. The matching sunglasses bring the retro references to the now. 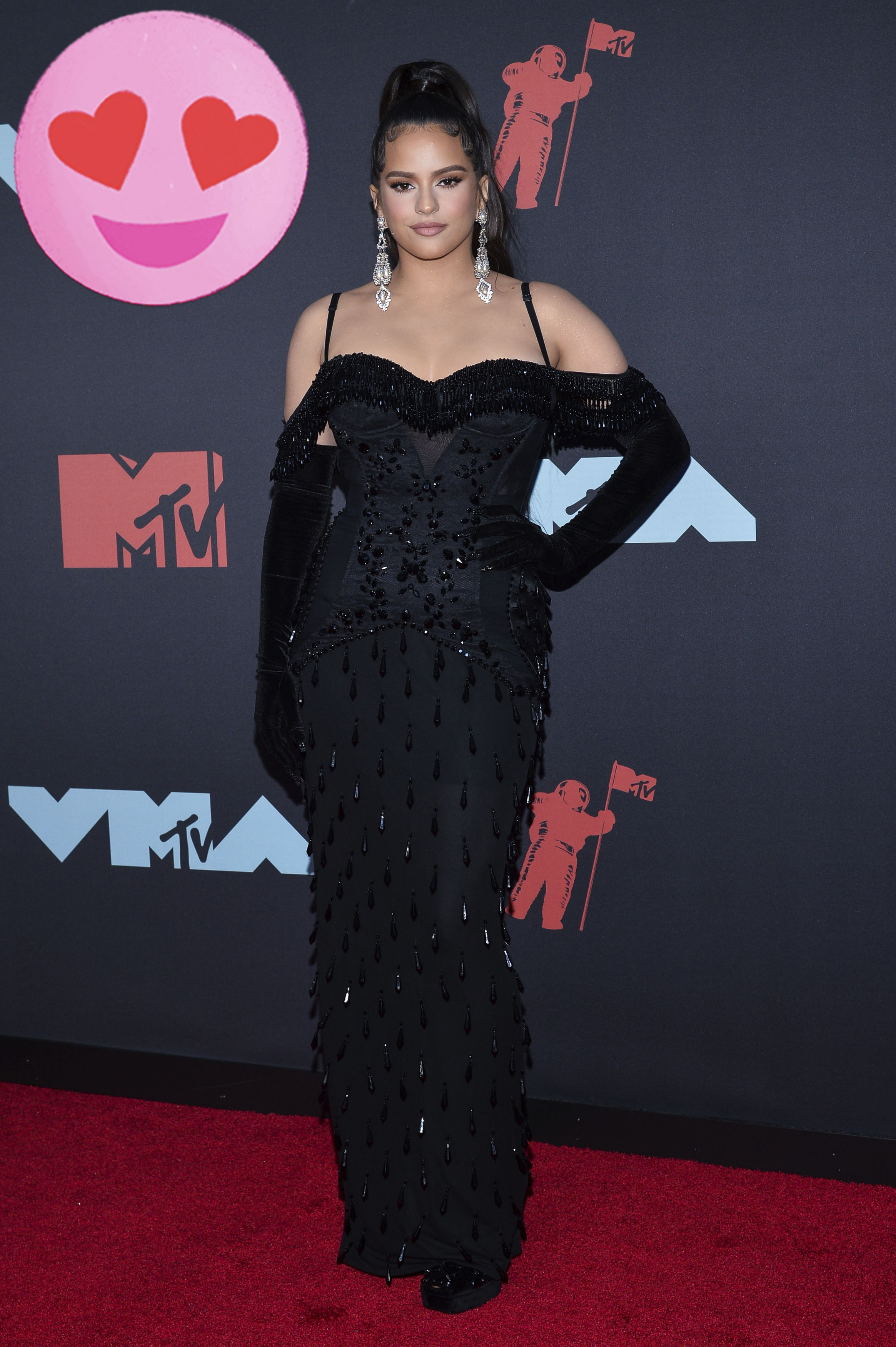 Rosalia arriving on the red carpet at the 2019 MTV Video Music Awards held at the Prudential Center in Newark, New Jersey on Aug. 26, 2019. Anthony Behar/Sipa USA (Sipa via

Rosalía is incredibly invested in flamenco, and this is basically an evening take on what a cantaora would wear after the show. The flat curls on her forehead and the exaggerated chandelier earring only enhance the heritage folklore of the art. 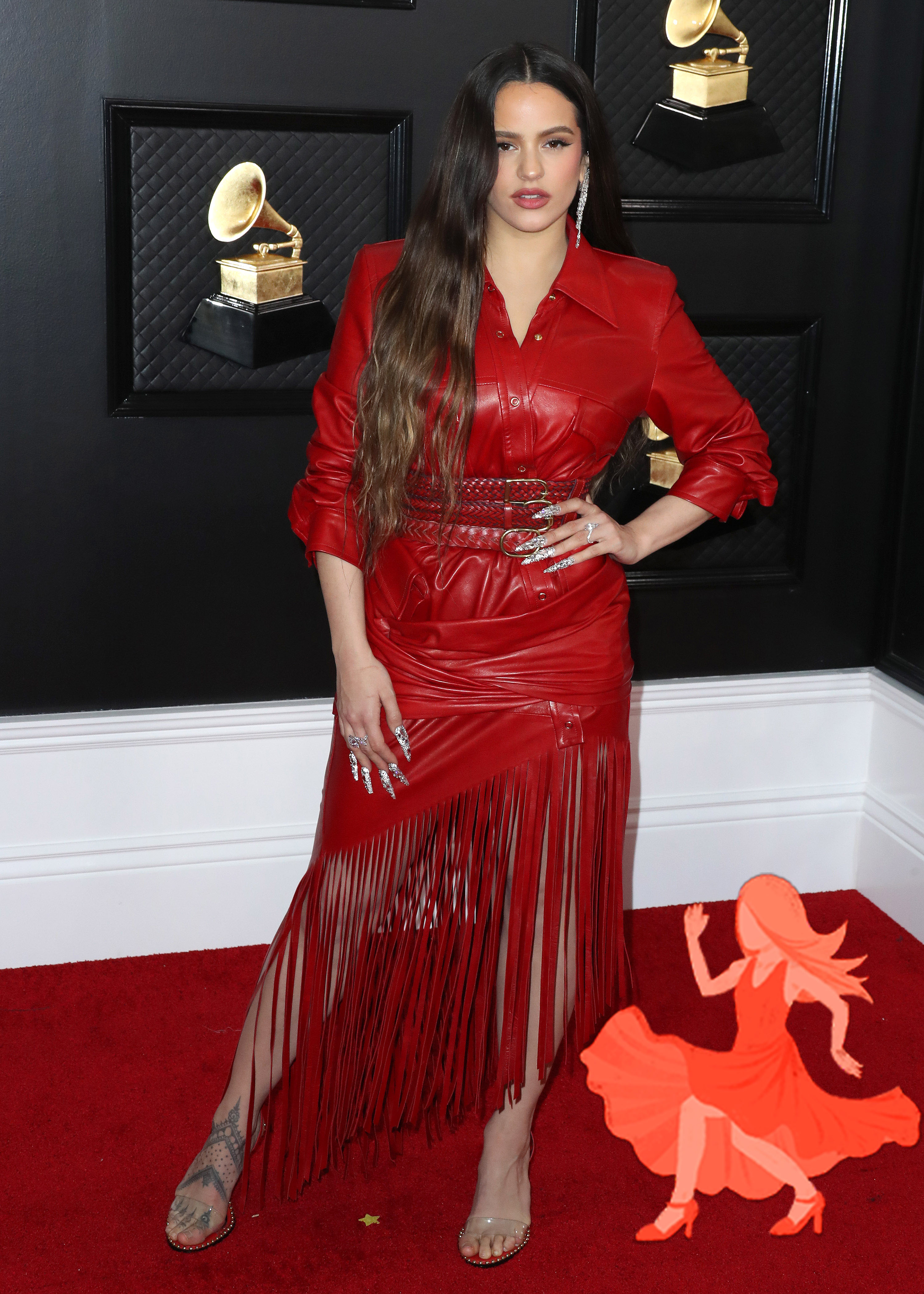 The red leather fringe gives off an ’80s vibes while pushing another Spanish iconic “el mantón.” The flowing hair and red lip become very pop star — and everything works. 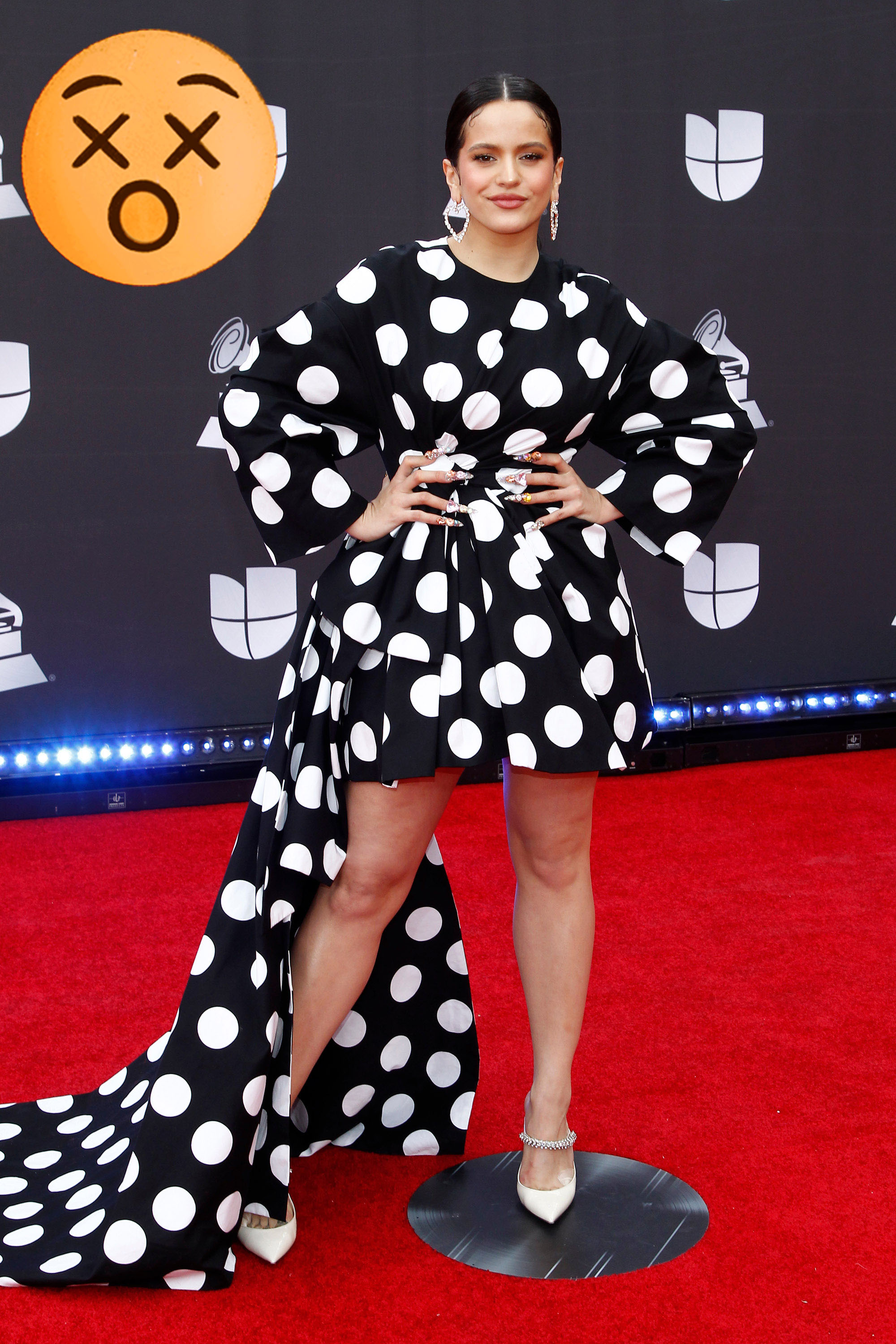 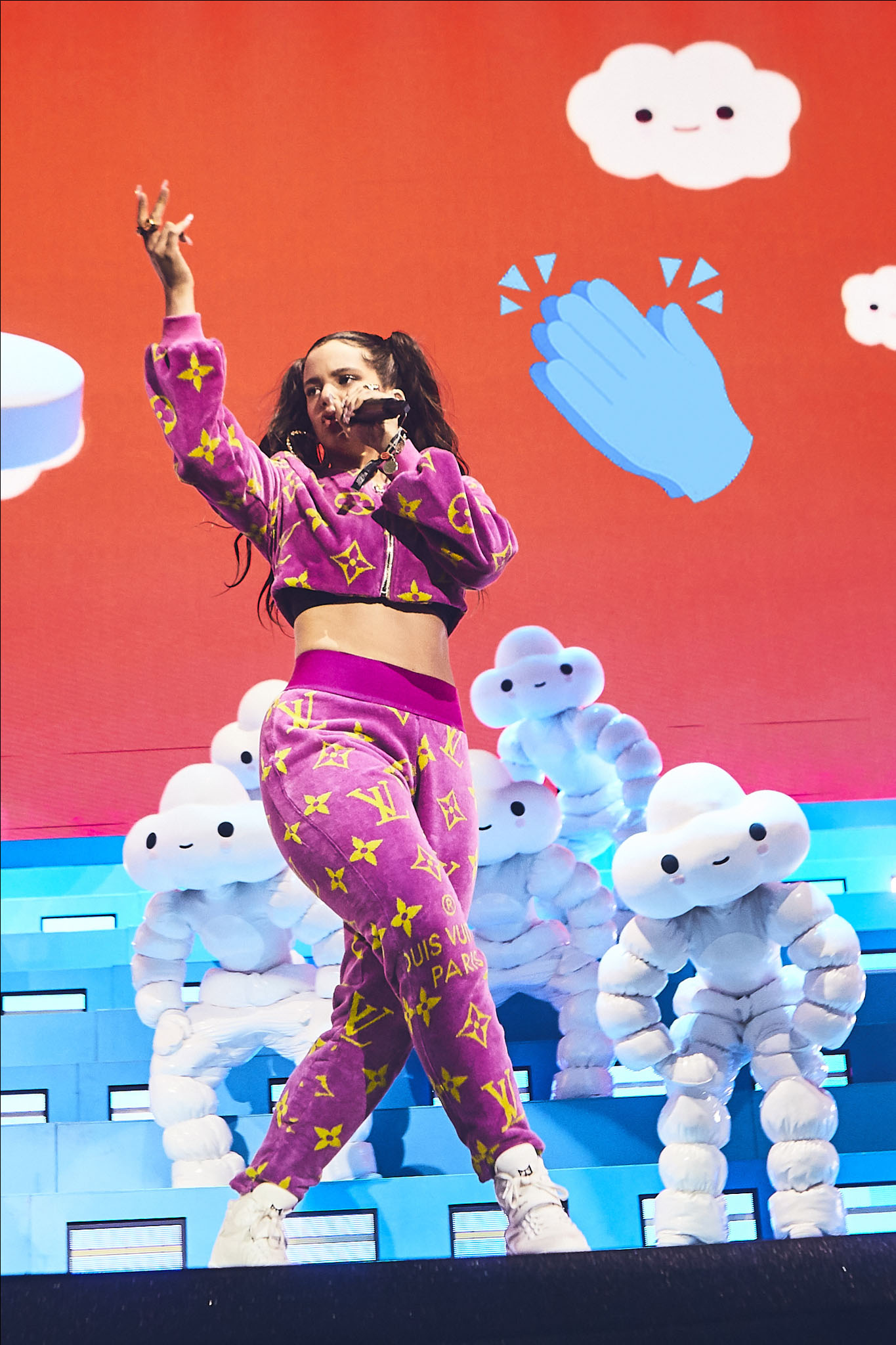 Here is Rosalía bringing more of a street edge with a wink to early-Aughts Paris Hilton that feels relevant for now. The high pigtails show a playful side that works great onstage.