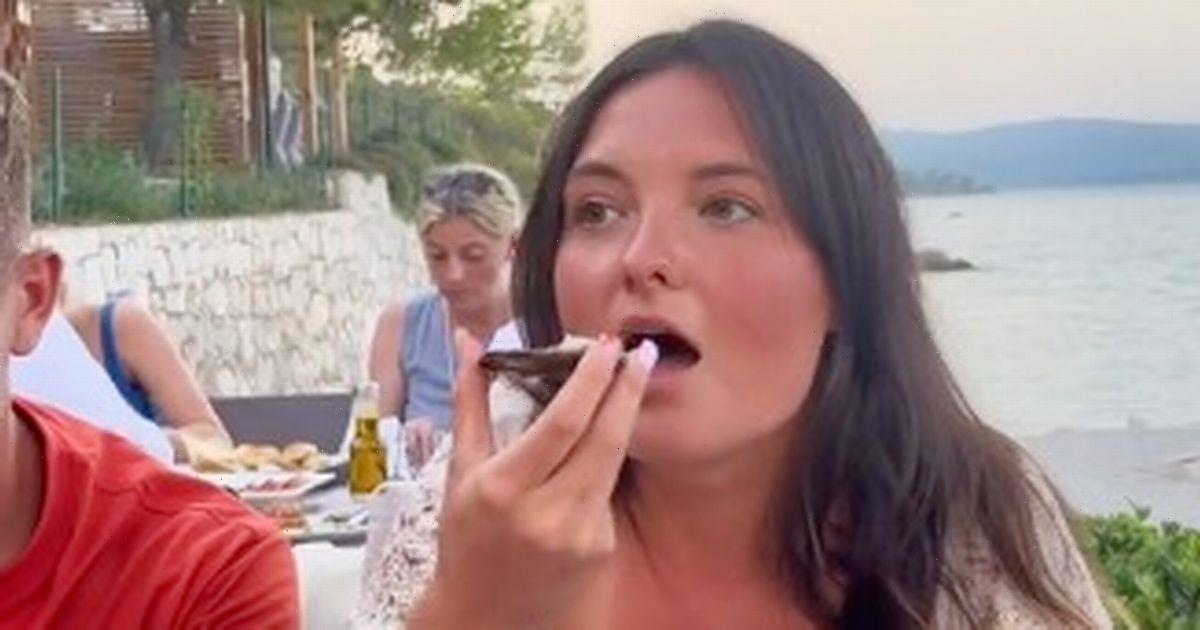 A woman has left viewers gagging when she shared her reaction of trying raw oyster for the first time.

Mel and her friends went to Croatia for holiday and they went to a swanky outdoor restaurant for a meal.

The group ordered a plate of fresh oysters as appetisers to start with and Mel was asked to taste the local seafood.

READ MORE: Man told to 'grow up' for gagging as wife gave birth and sitting down for 'break'

"My first time trying an oyster… safe to say that was my last time," she said.

The TikToker picks up an oyster to make sure that it's been removed from the shell, and she slides it into her mouth.

Overwhelmed with the musky, algal scent and the slimy texture, Mel struggles to swallow it.

She gags a few times as the oyster remains in her mouth.

Her friends giggle while watching her hilarious reactions, and one asks her: "What are you doing?"

"I can't believe it, how long has it been? One minute and five seconds and you are still eating it," a man said.

Mel coughs and almost spits the oyster out but she puts it back in and gives it another go.

She eventually gives up, telling her friends: "I can't."

Her video has amassed 5million views on TikTok, with many found her reaction priceless.

One said: "The poor girl almost went to the light 56 times."

Another commented: "Oh my God I just gagged with you."

"The amount of times the oyster tried to come back out, solid effort," a third added.

Some who disliked the taste of oysters said they "felt" Mel.

"It's the texture for me, it's giving me slugs every single time," a woman shared and a second wrote: "I know I would be exactly the same so I don't even want to try."

"For God's sake, just spit it out already! I feel your pain," a TikTok penned.