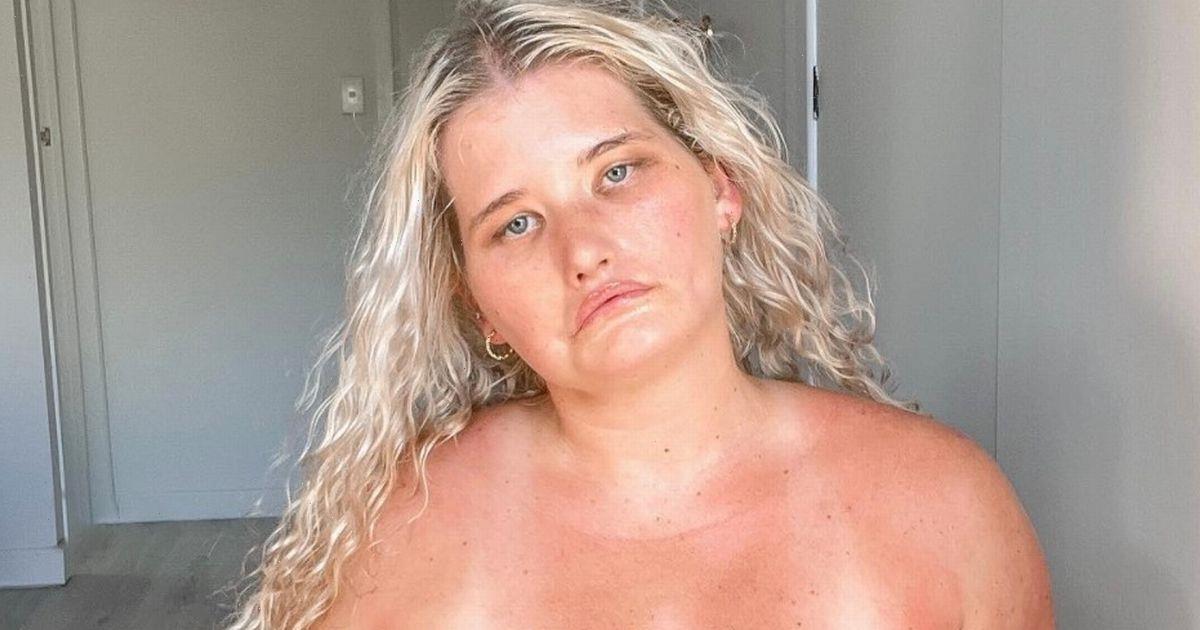 A woman who was born with a very rare condition which means she's unable to smile is celebrating after landing a modelling contract.

Tayla Clement, 24, from New Zealand, has never been able to move her eyes from left to right, raise her eyebrows or move her upper lip due to Moebius syndrome.

The rare congenital condition, which Tayla was born with, results from underdevelopment of the facial nerves that control some of the eye movements and facial expressions.

The condition can also affect the nerves responsible for speech, chewing and swallowing and means Tayla has a club foot and limited ankle movement.

Tayla has suffered bullying and serious mental health battles because of her condition and has found it hard to achieve self-acceptance.

However, she is finally proud of who she is – and is now set to embark on an exciting new career prospect.

Tayla, who boasts 23,600 followers on Instagram, has signed on with an international modelling agency to try to emphasise the importance of being unique.

“I want to show my younger self that we are enough – we are worthy just the way we are,” she told 7Life.

She added: “When I was growing up, I never saw anyone in the media that was like me – different."

“I constantly felt alone and like an outcast, unaccepted not seen or heard.”

Tayla admits it's been a long journey to get to this point though.

She said: “Growing up being different, not being able to show facial expressions, was really hard.

“I can’t remember a time when I was not bullied at school.”

She says other kids would mock her appearance, avoid her in the school yard and call her names like “ugly” and “disgusting”.

At the age of 11, she underwent an invasive eight-hour operation that was supposed to give her the ability to smile.

Tissue from her right thigh was taken and placed from both corners of her mouth up to her temple.

However, she said she woke up "bruised and swollen" and "looked horrible", admitting it 'broke her'.

Instead of "solving" her issues, Tayla said she spent the next 12 months recovering from the operation.

What's worse is that surgeons were unable to successfully ignite a new nerve connection in her face.

This is when the bullying started to become physical, with children kicking the back of her knees, causing her legs to collapse.

She was also pushed down hills and some kids would take plastic bags to school, asking her to “put them over her head”.

Tayla became skipping school to get away from the bullies and admitted her mental health "hit rock bottom".

During her high school years, she tried six times to take her life.

She then became suffering from dissociative seizures at the age of 17.

These are involuntary episodes brought on by severe traumatic stress.

Years of torment had finally caught up with Tayla and her body was shutting down as a result.

Specialists said her condition was so severe, she most likely would never make a full recovery.

However, she said something inside her “awoke” and told her to not give up.

Over the next few years, she worked hard to embrace the face she was born with as she joined a gym and took up walking and meditation.

She also started her Instagram page ‘The girl who can’t smile’.

She is now using her frown to put smiles on other people's faces.

Tayla no longer hides from the camera, and instead her social media presence to raise awareness of the importance of being unique.

Talking about joining the modelling agency, she says it's a move “little Tayla would have laughed about”.

“I think little Tayla would be so proud," she admits.

The news comes after Tayla opened up about becoming an Instagram star back in January.

If you or someone you know is struggling and needs to talk, call the free Samaritans helpline 24/7 on 116 123. You can also email [email protected] or find your local branch online.