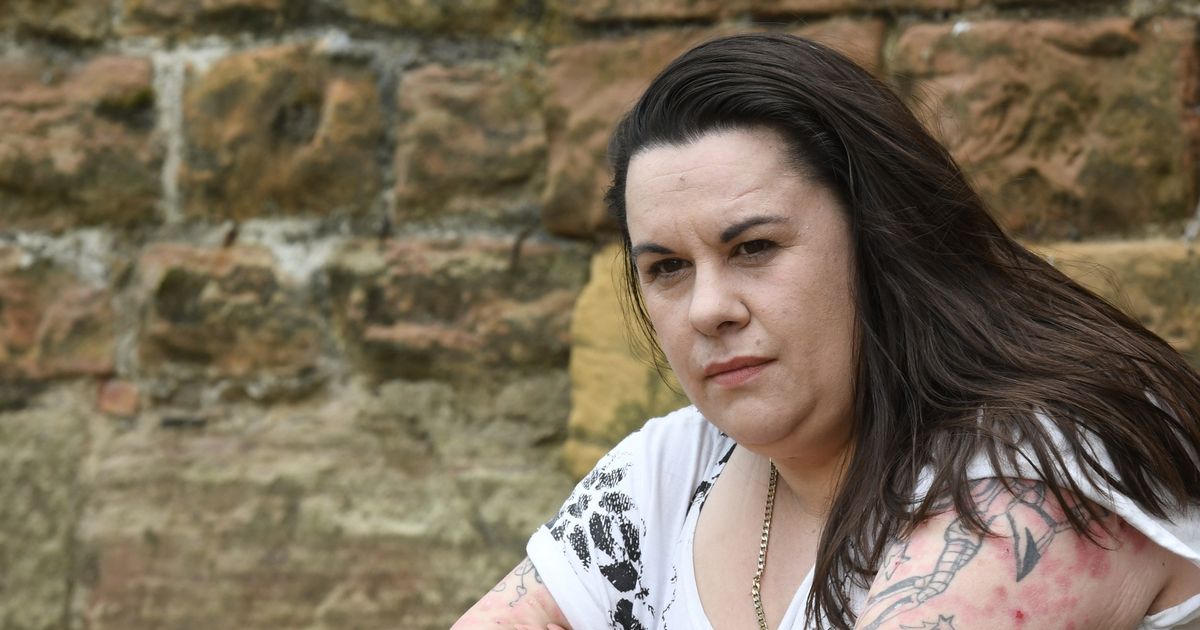 A woman forced into a care home as a child has revealed how she sometimes washed in toilet water at public cubicles and eventually sold sex on the streets.

Claire Blake was 12 when she started escaping the children's care home she hated and take shelter at Broadmarsh bus station in Nottingham.

Inside a public toilet at the station, Claire would take off one of her socks and dip it in toilet water before using it to wash her body.

Two years later, vulnerable Clare was selling her body on the streets – offering full sex for £35 at just 14 years old.

Claire has spoken out about her ordeal to raise awareness of the reality of growing up in care homes in the late 1980s and early 1990s.

Now 42, Claire was taken into care in 1989 when she was just 11 and ended up at the Redcot unit in Beechwood children's home, Mapperley, reports Nottinghamshire Live .

She said: "I ended up in a type of closet.

“The room I was in was being used for storage, with a bed and loads of rubbish. I got told to stay in there until someone came to fetch me.

“I think I was in there for about two days, just going out to go to the toilet, before someone came to fetch me and tell me the rules.”

She soon began to realise that there was a voyeuristic element to the behaviour of some of the staff.

She said that on one occasion a member of staff tried to come into the bathroom with her, but she threatened him and he backed off.

“It got to the point where I refused to have baths, and I wouldn’t wash. I was very wary about getting changed. It was a very scary time, because you’d seen other children dragged to the bathroom. I stopped sleeping.

“And then I heard the word ‘absconding’.”

Regularly running away from Beechwood gave Claire the respite she needed from the oppressive atmosphere at the home. She started absconding at the age of 12, and also started shoplifting.

“I was learning to shoplift to feed myself, and get clothes,” she said. “Even though I felt guilty, it was a lot easier than being back in the home.

“I would sleep in Broadmarsh bus station, because they used to have the big toilets at the back there, and they were open. It was easy to hide in one of the stalls in there.

“I would wash from the toilet. It was easier to wash from a public toilet than it was to have a wash in Beechwood.

“I’d get a sock and dip it in the water. I’d rather use toilet water to wash than have a bath at Beechwood. At Beechwood, you never knew what was going to happen.”

She would stay on the streets for a couple of nights at a time, before a policeman would spot her and take her back to the home. Once there, she said she would have her shoes and socks taken off her to avoid her absconding again – although it rarely worked.

The decision was made to move Claire to another children’s home, Bracken House in Bulwell.

“I’ve always known what Bracken House was, because of growing up in Bulwell,” she said. “I used to walk past the place every single day. I never dreamt I’d end up in there and see what it was like.”

“You didn’t just get beat up by the kids,” she said. “You were fighting staff as well – especially the males.

“The women would come in and try and make you do something, and if you stood up to them, the next minute you’d have three males on top of you, restraining you in ways that you literally thought your bones were going to break. To the point where you’d fight back, they’d phone the police, and you’d get arrested.

“All my criminal record is for violence. And it’s only because of having to defend myself in the home. It was either get beaten, or beat them. I never wanted to be like that.”

She is also adamant that some of the restraint amounted to sexual abuse. “Some of the ways they used to restrain you, they used to have their hands in places they weren’t meant to have have them. I was an object for their enjoyment.”

Claire continued to abscond once she was in Bracken House. “I just didn’t want to be there. I was tired of begging food, or being made to fight other kids for entertainment. I was always on guard, always wary. I never felt comfortable.

“Living on the street and eating out of bins was easier.”

She said children who didn’t tend to have many visitors were particularly targeted. She had tried to report abuse to social workers and police, but the home would just say she was attention-seeking. (When she did finally get to see her own files, she read that she had been described at the time as ‘sexually promiscuous’, even though she was just a child.)

Claire admits that she became angry and aggressive while in the home. This behaviour continued when she briefly went back to her own home when she was 14.

“I was told that if anyone came near me, to pick up the first thing and to whack them with it. Don’t hesitate; strike. And that’s what I did.

“I just wanted to attack everything. By the time I went home again, I wasn’t the same child, I was aggressive. I was basically a little bitch. I didn’t go to school and refused to do anything.”

She ended up going to two more children’s homes, Red Tiles in Bestwood Park and Wollaton House in Wollaton. Again, in those homes her shoes would be taken to stop her absconding, but she would just walk out without shoes. “It was easier to shoplift them,” she said.

It was when she was at Wollaton House that she says she began selling her body. Shockingly, she says this was done with the full knowledge of – indeed, the collusion of – staff at the home, who would take both girls and boys to prostitute themselves near the Forest Recreation Ground.

“They’d drop us off on Forest Road, and say to ring the home in about three hours if we wanted picking up. They knew what we were doing.

“And when we got back, we’d go and get baths and showers, then go back and find half the money would be gone.

In fact, going onto the streets as a 14-year-old made her feel better about herself, she said.

“It got us out. Just for a short time, we were being made to feel wanted, if that makes any sense. Yes, we were selling ourselves, but we craved some form of attention. To have somebody paying us was like we were getting attention.

“We actually controlled who we went with and what we did. It made us feel wanted.”