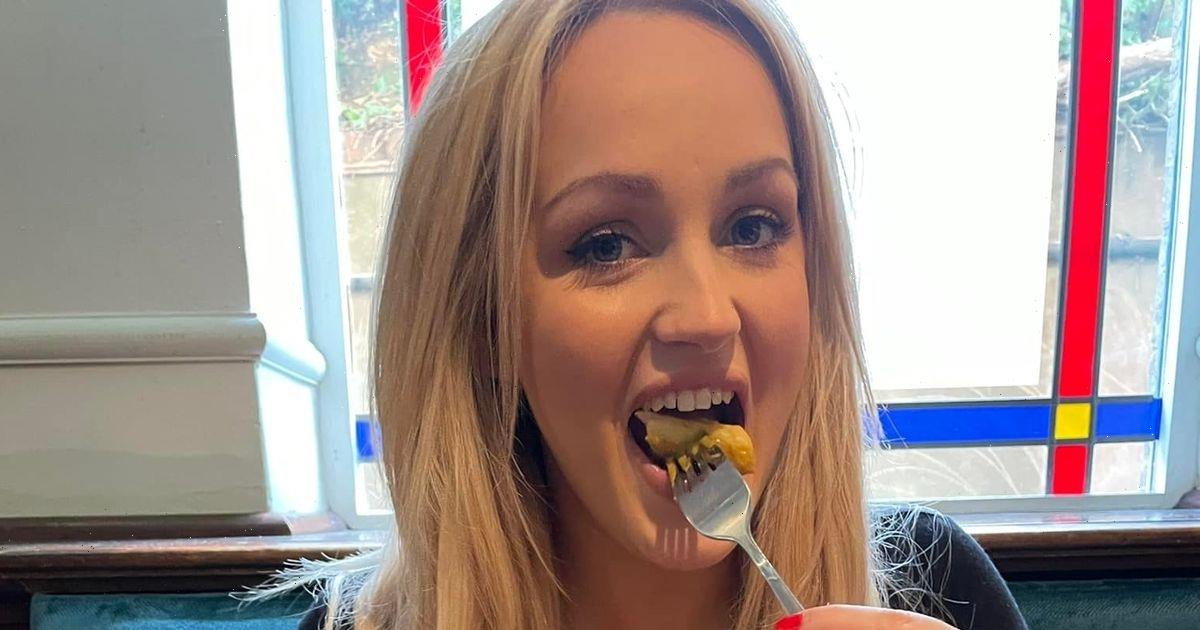 A woman has gone viral after hijacking a Wetherspoons group on Facebook with her cleavage snaps.

Emily Taylor posed with her mammoth portion of fries where she wore low-cut tops for the pictures.

Since the eye-opening shots, the blonde has gained an army of male admirers.

She first showed off her 34 chips with cod at The Exchange pub in Banbury, Oxon.

And it was her pal pal Richard Conisbee who decided to reveal her haul in the popular social media group.

The Wetherspoons customer got an equally impressive 31 with the bowl of chips at the Four Candles pub in Oxford.

Have you been counting your Wetherspoons chips? Let us know in the comments below…

Posting in the group, which has over 265,000 members, Richard said: "Thirty four with the cod at The Exchange, Banbury.

"Apparently that's 40 with the curry sauce, but being very blond and very chesty. I'm not convinced that's a plausible count."

Group member Steven Doyle said: "Saucy, I mean the chips by the way," while another added: "Ding dong."

David Brewin quipped: "Looks like she was first in the queue when God handed out chips."

Then on Saturday (March 12), Richard added: "She's back once again for the renegade master.

"We have no idea why this mega-chested belter's chip counting was so popular, but we're here for it.

"She's upped her game, and incorporated the Stone Island tape measure thing. As she's into charity and orphans and stuff.

"No one cares, but I scored 36 with the vegan burger. Emily here though, she got 31 with the bowl of chips, 11cm being the longest."

He continued: "I did ask her if that measurer thing goes out to 10inches. For no reason at all."

Meanwhile one member praised: "Really like that top she's wearing," as another joked: "What chips?"

A third quipped: "Miss Wetherspoon 2022," and a fourth posted: "Tripped, fell and broke my collar bone running to the comments."

Emily's posts have since gained over 2,000 likes and comments.

It allows fans of the budget pub chain record the number of fries they got in their meals due to the lack of consistency nationwide.

And it comes as one fella claimed he found the "world's longest chip" after a recent Spoons trip.

Sam Mumford bragged about the supposed 18.5inch-long monster in the same Facebook group.