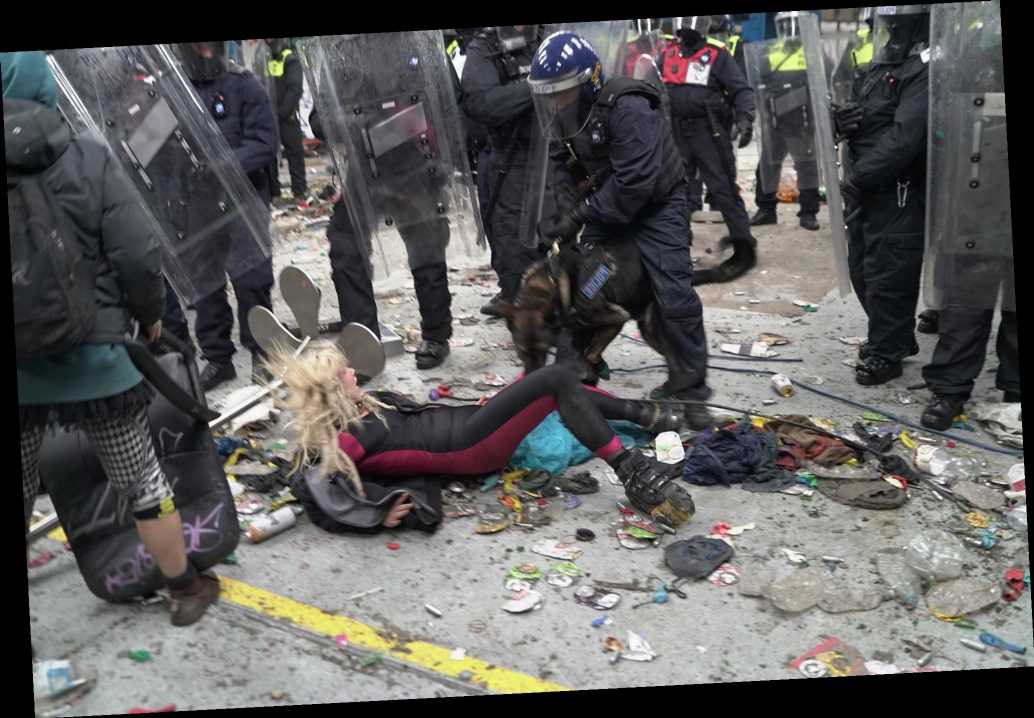 A woman at an illegal rave was left with “life-changing” injuries after she was mauled by a police dog when she had “one last dance”.

Jessica Mae Andrew, 28, claims the dog was “out of control” when it bit her without warning during the event with 700 revellers in Yate, near Bristol, England.

The dog repeatedly bit her leg and she was rushed to hospital with severe wounds and a fractured bone.

She needed urgent skin and muscle grafts which will be followed by more reconstructive surgery next year.

Jessica, who was attending the illegal rave with around 700 other people, is taking legal action against police.

Avon and Somerset Police are investigating the claim she was left with “life-changing” injuries and has referred itself to the Independent Office for Police Conduct (IOPC).

Jessica said she wanted to have “one last dance before it ended” and added that her leg is “totally a different shape” after the incident.

She told the Independent: “I was screaming in pain and the dog bit through my thigh muscle and tore out fat.

“It bit through right to the bone. I had a gaping hole in my calf bigger than my fist – with the bone exposed.

“I saw that the police were about to shut the party down and I just wanted to have one last dance before it ended.”

Jessica told the Guardian: “I know partying is not the thing to do during a pandemic but it was beautiful until the dog attacked me.

“The officers opened their wall of shields up slightly and the next minute the dog was mauling the top of my leg.

“My leg is totally a different shape now as it pulled so much fat from the top.”

Her friend has now set up a GoFundMe page to cover any potential legal costs.

Officers arrived at the incident in a disused warehouse on Stover Trading Estate at around 10:30pm on Saturday, October 31.

They closed off roads and prevented around 300 people attending the event, but between 500 and 700 had already got in.

A police spokesperson said: “We referred a dog bite incident involving a member of the public that occurred in Yate on Sunday, November 1 to the Independent Office for Police Conduct (IOPC).

“The IOPC adjudged the matter was suitable to be investigated locally by Avon and Somerset police.

“That process is ongoing and will include reviewing body-worn footage.

“Our final report will be provided to the IOPC.”

“All sorts of really, significant violence. Anyone who used violence towards police, wherever they come from, we will hunt them down, arrest them and bring them to justice.”

Eight people were arrested on the day and a further four people have been arrested since the incident.