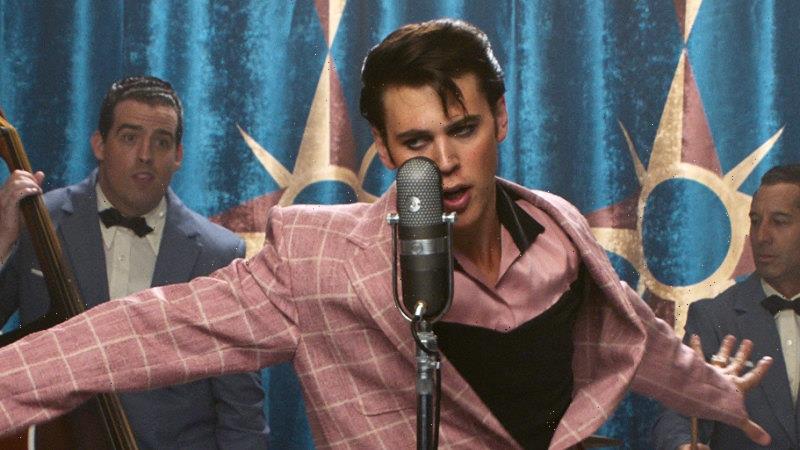 Can Baz Luhrmann’s Elvis continue the success of such musical biopics as Bohemian Rhapsody and Rocketman?

After weeks of splashy premieres, cinema executives around the world are about to find out whether the king of rock and roll has the same box office appeal as Queen and Elton John. 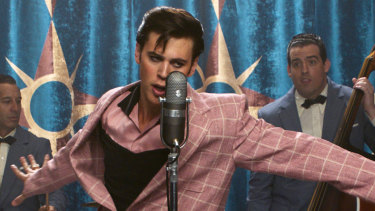 While Luhrmann’s interest in an Elvis Presley biopic dates back a decade, Hollywood studio Warner Bros would have been encouraged to back it by 2018’s Bohemian Rhapsody taking an exceptional $US911 million ($1.3 billion) then 2019’s Rocketman following up with $195 million.

But on the flip side, the Aretha Franklin biopic Respect took a dismal $32 million last year.

In Australia, Elvis will be easy to find despite intense Hollywood competition from Top Gun: Maverick, Jurassic World: Dominion, Lightyear and Minions: The Rise of Gru.

The managing director of Universal Pictures International, Mike Baard, says the Australian-produced film will open in about 305 cinemas around the country.

“It’s an absolute saturation release,” he says. “There are very few locations that won’t be playing Elvis.”

Baard is wary about saying how much Universal has spent on marketing the movie but it has included television advertising, premieres on the Gold Coast, Sydney and Melbourne and promotional tours by Austin Butler, who plays Presley, and Tom Hanks, who plays manager Colonel Tom Parker.

“I don’t know how much we’ve spent because we just keep spending,” he says. “We’ve made sure this film is on as many people’s radar as possible.

While Luhrmann’s films have long polarised reviewers, they have been strikingly successful at the Australian box office. 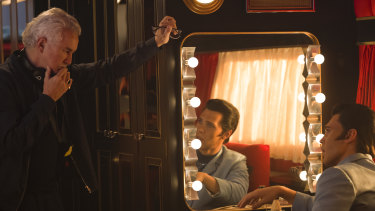 Director Baz Luhrmann with Austin Butler on the set of Elvis.Credit:Warner Bros

The big questions that will determine whether it will be Burning Love or Heartbreak Hotel for Elvis are how many older viewers will buy tickets given continuing COVID concerns, how much younger viewers are interested in Presley and whether it will attract repeat visits as Top Gun: Maverick has done.

It is expected to pass Rocketman ($20.5 million) but no one expects it will get anywhere near Bohemian Rhapsody ($55.4 million).

The director of sales, marketing and content for Hoyts cinemas, Stephanie Mills, thinks Elvis will take about $28 million – similar to Moulin Rouge! and Gatsby.

“The spectacle of a Baz Luhrmann movie with the music and the story of Elvis is something that needs to be seen,” she says. “And looking at pre-sales, there’s a lot of interest in it, particularly in our Hoyts Lux [premium] sessions.”

“If word of mouth is great on it – and I have a feeling it will be – it’s going to be something that people want to experience,” she says. “It feels like it’s going to play long.”