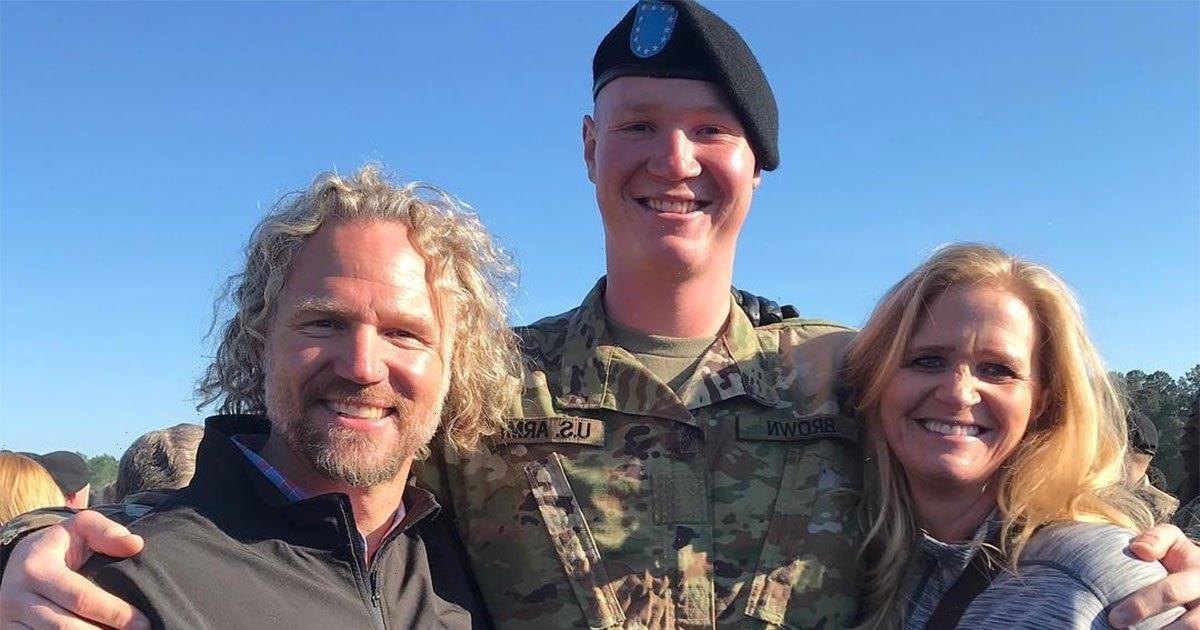 The 23-year-old replied to fans of the TLC series in the comments of a recent TikTok video he shared about his taste in women. “Will your mom return if there’s another season of Sister Wives?” one curious social media user wondered.

Paedon’s response was open-ended but seemed to hint that Christine, 49, would be back for a potential 17th season. “They are filming currently,” he wrote.

The reality star noted in a separate comment that he has “no interest” in writing a tell-all book about his experience living in a polygamous family.

Christine shares Paedon with Kody, 53, along with five other children: Aspyn, 26, Mykelti, 25, Gwendolyn, 20, Ysabel, 19, and Truely, 11. The Wyoming native is the father of 18 kids in total with wives Meri Brown, Janelle Brown and Robyn Brown.

In November 2021, Christine announced that she and the businessman were going their separate ways after more than two decades together. The twosome entered a spiritual union in 1994. (Kody’s only legal marriage is to Robyn, 43.)

“After more than 25 years together, Kody and I have grown apart and I have made the difficult decision to leave,” Christine noted in an Instagram statement last fall. “We will continue to be a strong presence in each other’s lives as we parent our beautiful children and support our wonderful family. At this time, we ask for your grace and kindness as we navigate through this stage within our family.”

Kody, for his part, shared in a social media post at the time that he felt “a great deal of sadness” about the end of their relationship.

Several months before the pair’s split made headlines, Christine exclusively told Us Weekly that she had “never been a monogamous [person]” and enjoyed the freedom that plural marriage provided.

“It’s so out there and beyond my understanding to have a guy around every night,” she said in March 2021. “I felt, like, it would cramp my style a lot because I’ve never had that as soon as Kody and I married. I was the third wife. And so, I really liked the independence that I have and I love the freedom that I have. … I have so much freedom if I’m, like, ‘Oh, my gosh, [to] the girls — we’ve got to go to Sedona for the day.’ We just go to Sedona for the day.”

During a recent episode of Sister Wives, the TLC personality doubled down on her appreciation for being independent, confessing to the cameras that she and her kids “have more fun” when Kody isn’t around.

A Breakdown of Where Kody Brown Stands With His Sister Wives

While fans were surprised by news of the duo’s separation, a source told Us the breakup was less of a shock to Robyn, Janelle, 52, and Meri, 51.

“She’s been in the process of leaving him for a while,” the insider said of Christine, noting that the other women were starting “to reevaluate their positions” within the family.

Christine later confirmed that her and Kody’s split “was a long time coming” while thanking fans for their support.

“It’s a phenomenal world,” she said in a November 2021 Cameo. “And I just hope that Kody and I can still remain friends during all of this, because we’ve been still [really] communicating with each other and stuff. I mean, good and bad days — don’t get me wrong. … We have to just be good and amiable and things like that. I think it’s just important to remember that.”