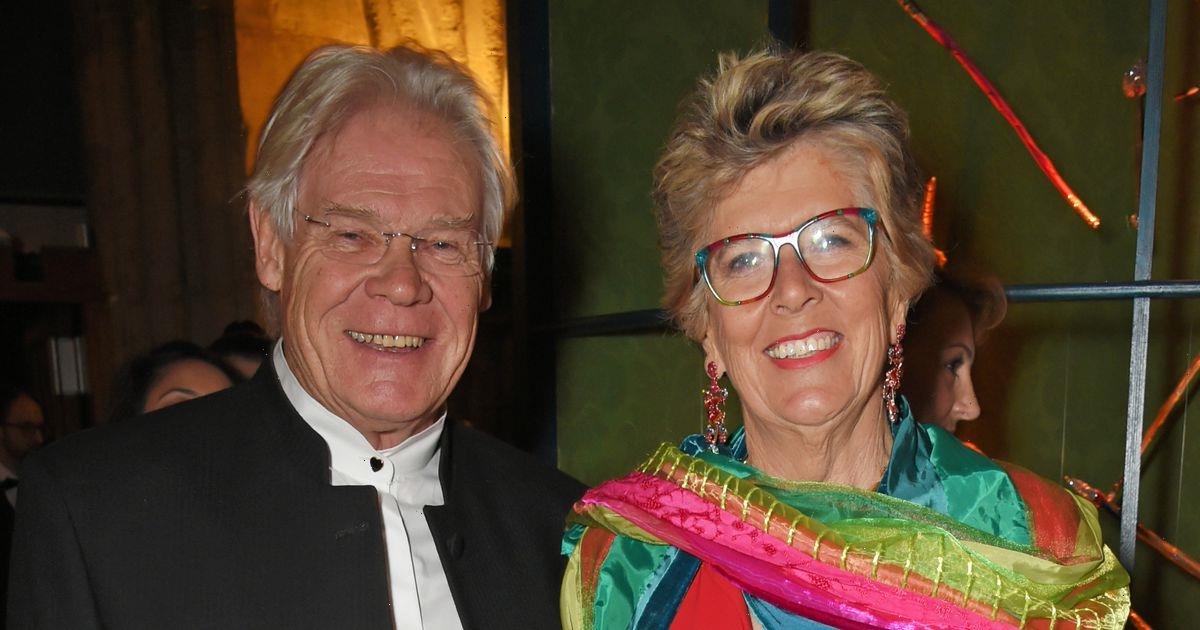 Prue Leith is best-known as one of the judges on everyone's favourite Tuesday night show, the Great British Bake Off.

The 81 year old expert baker and TV personality has been with her partner John Playfair for years. And despite being married, the pair didn't actually live together for nine years.

Prue has spoken out about her decision to not live under the same roof as hubby John, instead opting to live in separate houses in the same area.

The star met her husband back in 2011, but unlike his celebrity wife, John tends to keep a very low profile.

He is thought to be around 75 years old, and is a retired fashion designer.

After five years as a couple, the pair tied the knot in 2016, in a low-key ceremony in Scotland.

At the time, Prue spoke about her wedding, admitting that it had to be in Scotland as John "refused to wear a kilt south of the border".

It's thought her husband is of a Scottish background, as Prue explained that she was "determined" he would wear a kilt for the big day.

"I was determined, if I was going to get married this guy had to be in a kilt," she said.

It was only four years later that the couple actually moved in together, a whopping nine years after they became an item.

When did Prue Leith and John Playfair move in together?

Prue and John decided they would move in together in November 2020, four years after their wedding in 2016, and nine years after they started dating.

The TV judge and her fashion designer husband bought a house together a year ago, and put an end to their unconventional living arrangement.

Their shared home is in the same area they'd both been living in for the duration of their marriage, in the celeb-favoured Cotswolds.

Why did Prue decide not to live with her husband John for nine years?

Prue's unconventional decision to live apart from husband John is one she's not shied away from discussing in the past.

Despite now being together for a decade, the pair spent nine years of their relationship – four of those wed – living in separate houses.

Both Prue and John's homes were only a mile apart in the Cotswolds, but they were happy given their own spaces, as the star explained it allowed them to enjoy their relationship without worrying about any chores.

Speaking on BBC Radio 4, Prue previously said: "He does all his ironing and he cleans his shoes there and he keeps all his gear there.

"And I tell you what, it's the ideal thing."

She continued: "What you want – and what I get – is him without his clobber and without the responsibility of looking after his laundry and sewing on his buttons."

Prue and John's decision to live apart raised eyebrows for many years, but if it worked, it worked!

The star added that her hubby is a "fantastic collector of books, and what I would call junk and he would call wonderful memorabilia and fantastic pictures".

She added: "In his house, you have to walk through a sort of tunnel of books to get to the loo.

"He's got a lot of stuff and I'm rather anally neat and tidy and I don't want all that stuff in my house. And he doesn't want me tidying it up."

Despite her initial reservations due to John's clutter, the couple clearly came to a compromise, as Prue put her own £10M Cotswolds home up for sale in November 2020.

In an interview with the Telegraph at the time, Prue spoke about her and John's joint home, joking that: "John calls our new home our 'retirement home'.

"We have to face the fact that we're going to live together for the very first time. It just feels like the right time now."