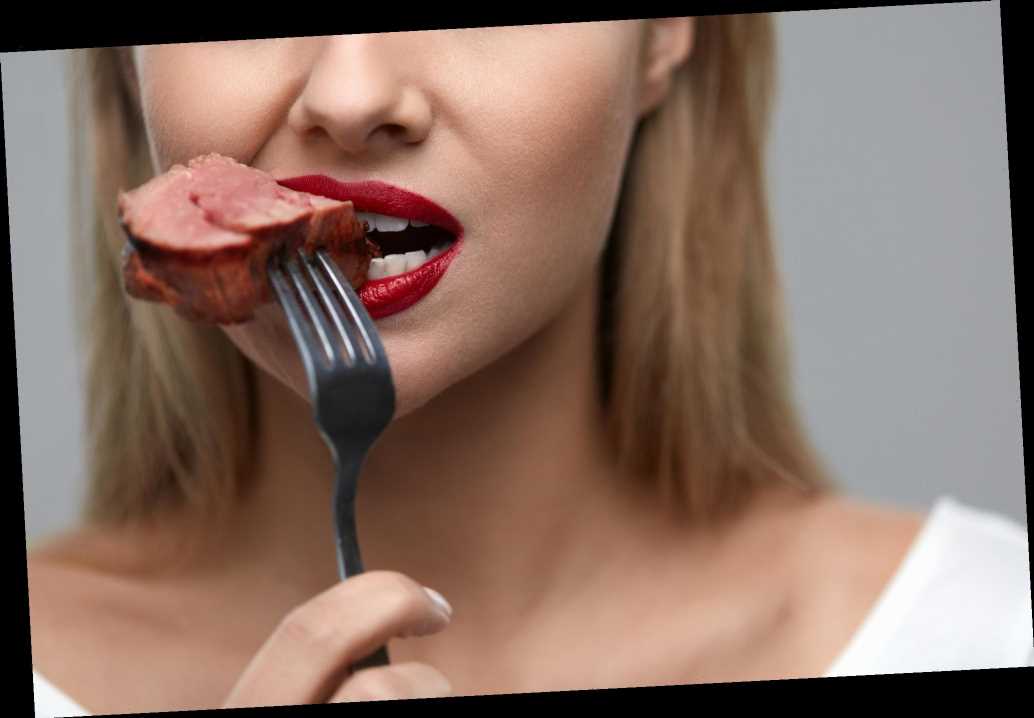 Michelin awards first star to a vegan restaurant in France

Meat eaters claim they’re being shamed into abandoning their carnivorous ways by their friends, lovers and other vegan influences, according to a new survey.

The research, conducted by Jack Link’s beef jerky, found that half of the 2,000 adult participants said they felt pressure to either cut down on or even refrain from consuming meat entirely. They even reported buying into plant-pushing customs like “Veganuary” — where you go vegan for the month of January — due to the pressure. However, many reported only lasting until mid-month before reverting back to their hamburger habit.

“There are many influences that can have an impact on what we eat and how we eat,” food psychologist Greg Tucker told the Independent of the survey results.

Friends ranked chief among the influences to adopt a plant-based diet, followed by partners and family, while 20% of participants reported that even their kids urged them to eat more veggies.

Of course, many prime rib papas appeared as willing to “go green” as Veronica Cartwright’s character in the cinematic cult classic “Invasion of the Body Snatchers.” The same study revealed that 60% of those who reduced their meat consumption only did so to appease their vegan partners. Meanwhile, 7 in 10 claim they wouldn’t have even considered this lifestyle change without prodding from their partners.

A quarter reported beefing with their plant-promoting partners over their pushy ways, which Tucker said often had “the opposite effect” than they intended.

And some surveyed meat lovers weren’t going down without a bite. Many who adopted a veggie diet under duress reported scratching the itch in other ways: by consuming meat-flavored treats, cooking meat but not eating it and even smelling charcuterie — like a steak-based 12-step program. Some even resorted to getting their fix vicariously through having someone who was eating meat describe the sensation, the Independent reported.

“Studies have shown that scent can reduce food cravings,” Spence said. “Experiencing food-related cues such as smelling a bacon aroma, can lead us to imagine the act of eating that food.”

In terms of what meats these demiglaze die-hards would miss most, chicken and beef ranked first, followed by lamb and pork respectively.

“Meat plays a major part in most meals in everyday life and cutting down is not always something many people will have considered,” Tucker said.

For many, jettisoning jerky wasn’t even an option, with over 40% participants claiming they’d eat meat while on a date with a vegan. Some even claimed they’d end a relationship if their partner pressured them to abstain from steak, while others said they wouldn’t even consider dating a vegan in the first place.

Experts stress that maintaining a balanced diet is key.

“While it’s great to try things like Veganuary, often balancing your intake of meat can provide a happy medium for everyone,” Tucker told the Independent, “while still being able to enjoy your favorite meals and snacks.” Especially considering that those who adopt exclusively vegan diets are more likely to suffer from health conditions such as bone fractures, according to recent studies.

A sprawling 2020 study published in the journal BMC Medicine revealed that there were 19.4 more cases of fractures in vegans and 4.1 more cases in vegetarians for every 1,000 people over 10 years.

Still, eating your veggies has never been easier, with more and more NYC restaurants adapting to meatless demands. Meanwhile, Michelin awarded its first ever star to a vegan restaurant in France earlier this month.