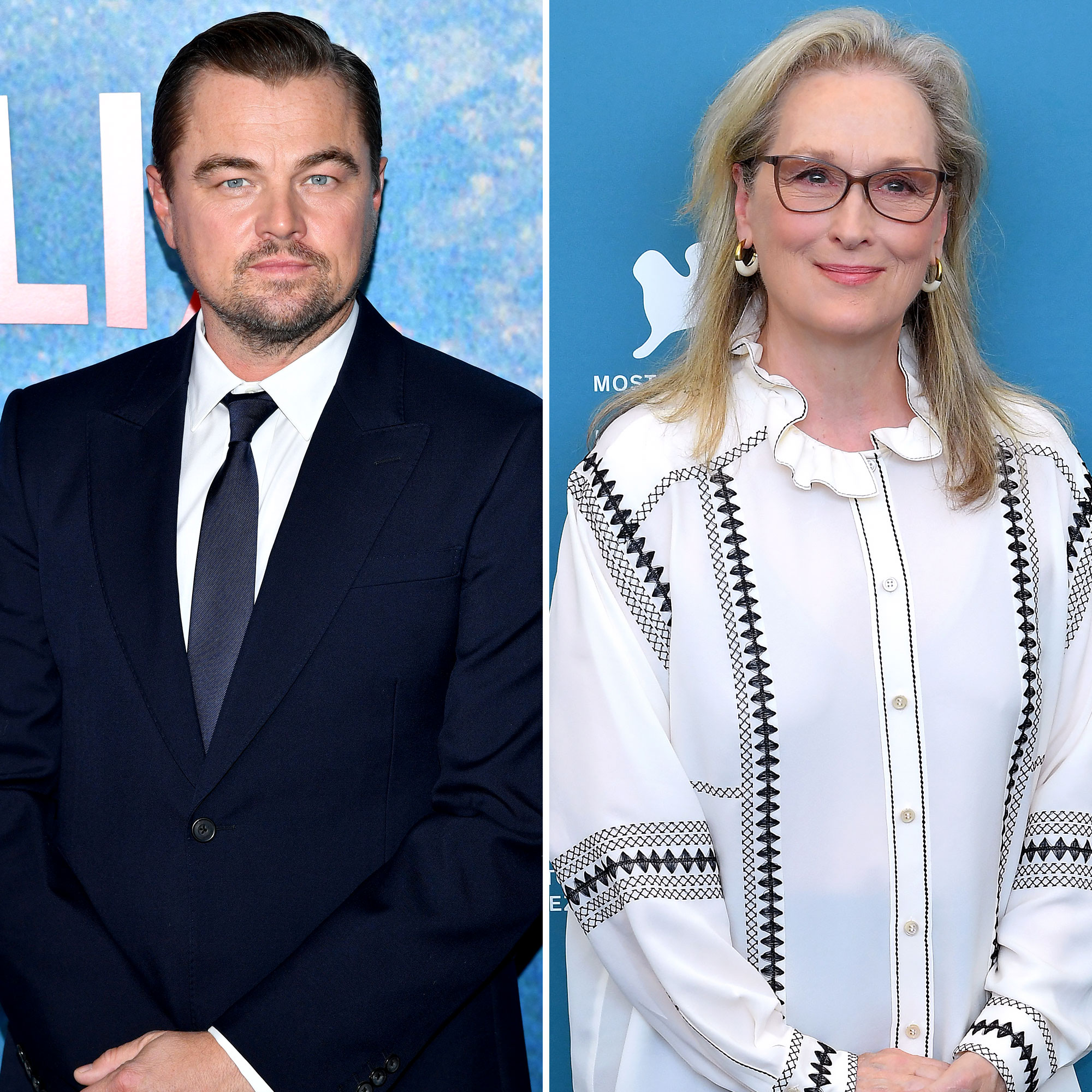 A difference of opinion. Meryl Streep may have been all for her character on Don’t Look Up appearing naked on screen, but director Adam McKay revealed that Leonardo DiCaprio wasn’t as onboard with the idea.

Sex Scenes in the Pandemic: Funny Pics From ‘Riverdale,’ ‘This Is Us,’ More

“[Meryl] is fearless. And yes, that is a body double. But you know who had a problem with it? Leo,” McKay, 53, admitted during an interview with The Guardian on Sunday, December 12.

In the Netflix film, Streep, 72, portrays President Janie Orlean, and is shown naked from behind. For DiCaprio, 47, that moment didn’t match up with how he thought the Oscar winner deserved to appear on screen.

“Leo just views Meryl as film royalty, although maybe royalty is not a compliment, but as such a special figure in the history of film. He didn’t like seeing her with the lower back tattoo, walking for a second naked,” McKay noted. “He said something to me, like, ‘Do you really need to show that?’ And I was, like, ‘It’s President Orlean, it’s not Meryl Streep.’ But she didn’t even blink. She didn’t even bring it up.’” 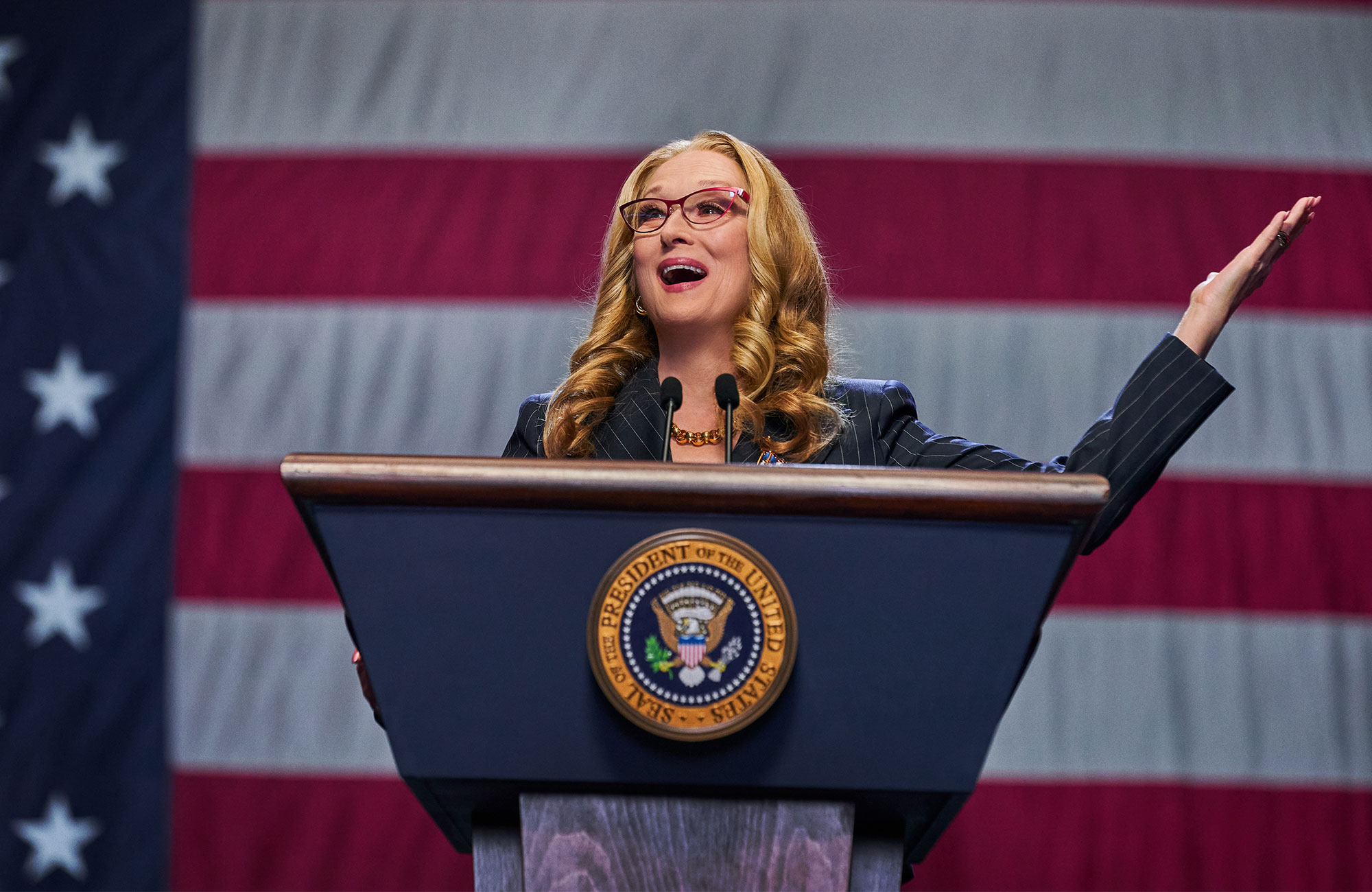 The Titanic actor, for his part, previously opened up about getting to work with the Mamma Mia star after so many years.

Actors Who Worked Together Again and Again

“Everyone was on their toes when Meryl walked in, as we should be,” DiCaprio told Access Hollywood on December 5, adding that the project felt like a “reunion” since “around 25 to 30 years ago, [they] worked on a film together.”

The film producer, who was joined by Jennifer Lawrence, Rob Morgan, Jonah Hill, Timothée Chalamet and Ariana Grande in the film, also shared how his fellow costars reacted to sharing the screen with Streep, saying, “Look, you get to work with the greatest living actor in the world, everyone’s on their toes, everyone’s prepared, and we’re just trying to keep up with her.”

The Big Little Lies alum had similar praise when it came to watching the Don’t Look Up leads bring the story to life.

“[Jennifer] is a bold and unselfconscious actress — someone whose gift is alive on her skin and in her being. In that, she is different from Leo, for whom the struggle is part of the job, who relishes wrestling with it, and whose work is serious and analytic and intense,” Streep told Vanity Fair last month. “She spins it out of the air in the room. I am sort of in awe of both of them.”

McKay, whose film has since received four Golden Globe nominations, reflected on how casting played a huge role when he started working on Don’t Look Up.

“I had a couple of people I wanted right from the jump. Like, I wrote the roles for Jennifer Lawrence and Rob Morgan. I sort of had Meryl Streep in mind, but you never dare to think that you’re going to get her. When she signed on, it then became just a cascading effect,” he said on Sunday. “And then when Leonardo DiCaprio came in, I realized there was this happy accident, where this stellar cast was actually enforcing the point of view of the movie, that we’re constantly distracted by celebrity and bright colors, and low news versus high news, and contrarian points of view. Of course, it didn’t hurt that they all happen to be brilliant actors.”