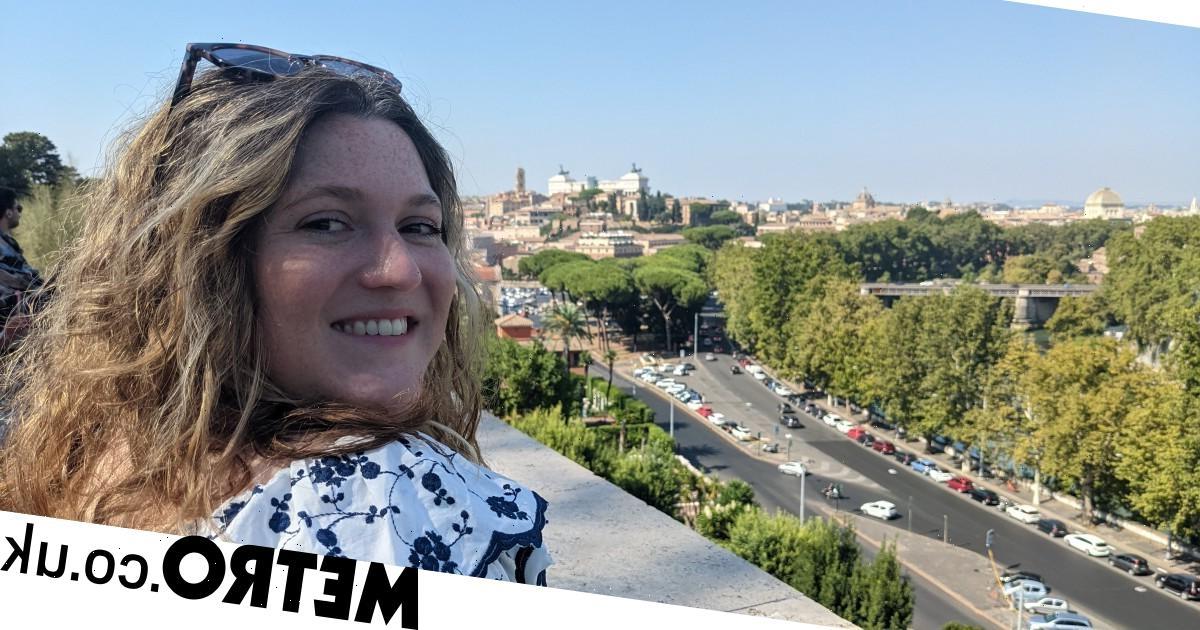 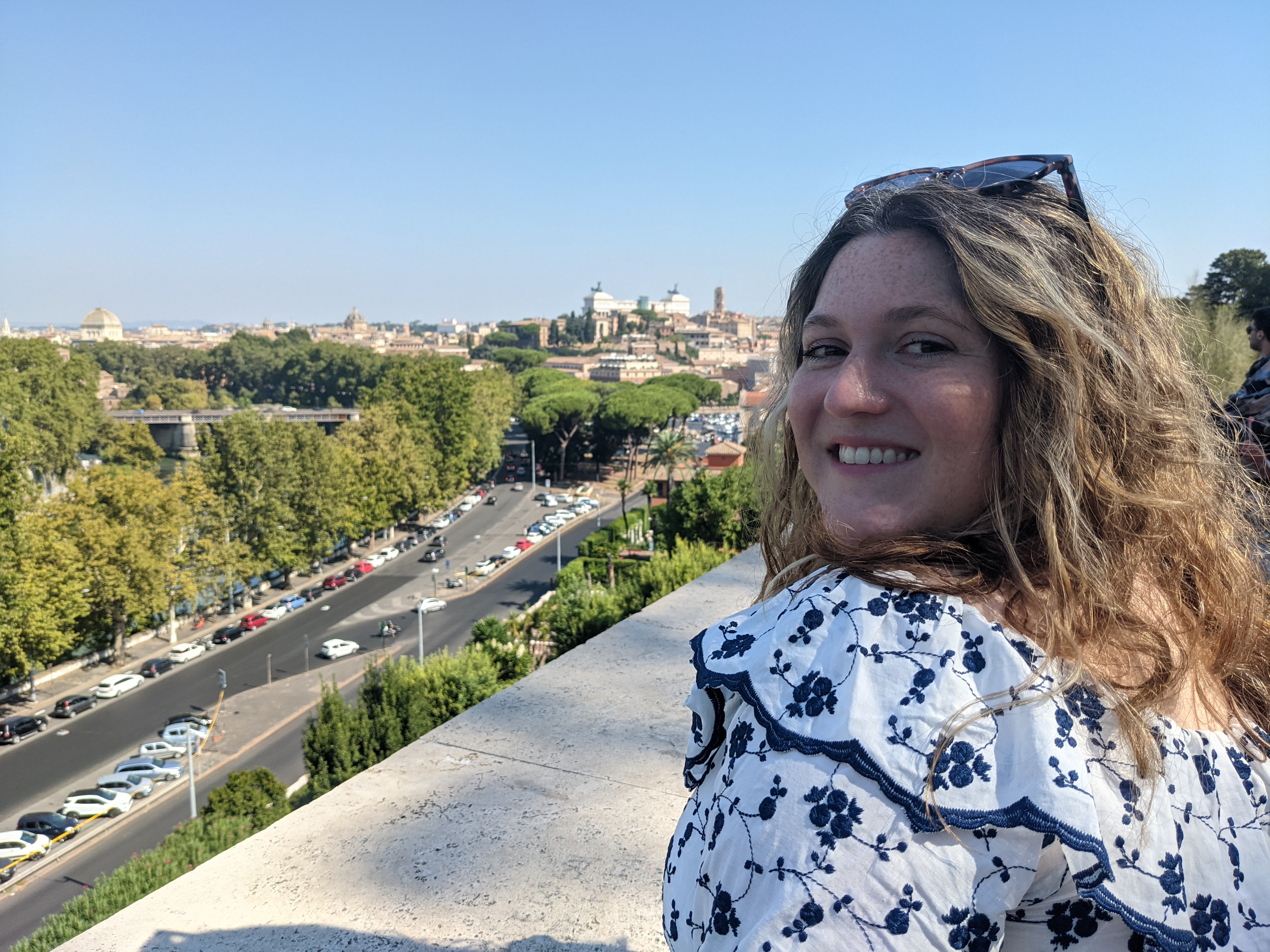 ‘Geordies can hardly speak English!’ I grinned to my climbing instructor, who recently asked me if I spoke another language. Cue laughter.

It’s a cheap joke – and one I’ve been using for years. For over a decade, in fact. It’s a failsafe guarantee for laughs, by making fun of my Northern accent.

Except, this time, I didn’t feel big or clever for making fun of my accent. I wasn’t owning it – I was solidifying every stereotype that Geordies and Northerners have: that we’re stupid, and can hardly speak so-called ‘proper English’. I immediately regretted making fun of myself.

For years I’ve apologised for my Northern accent. I’ve belittled it, rejected it, and even made it ‘banter’ to make myself appear more likeable.

‘Sorry, my fault – it’s just the accent!’ Or: ‘Sorry if you can’t understand me… I’m a Geordie!’ I’ve been using the same excuses for years – pretty much every time I order a coffee outside of Newcastle, in fact – in attempts to try and own my unusual accent. But I’ve ended up becoming part of the problem, by mocking my Northern heritage and my unique, inimitable voice (no, you really can’t do a Geordie accent – I promise).

I’ve ‘poshened’ myself up, or dumbed myself down based on the situation. For example, if I wanted someone to like me, or if I was around old schoolmates, I’d put on a stronger Northern accent to appear more likeable, or ‘part of the crowd’. Or, if I was going for a job interview, I’d suddenly differentiate between my vowels, feeling as though it wasn’t appropriate to have a strong accent. But why? Whose version of ‘proper English’ am I trying to match?

It’s been an internal battle for years based on a phobia that no one will take me seriously, or will ever understand me, if I continue to speak with a thick Geordie accent. One that, ultimately, I’m actually very proud of.

When I moved out of Newcastle to study in Glasgow 10 years ago, aged 18, Geordie Shore had just graced our screens – but I wasn’t proud of my hometown for its first big break since Byker Grove (yes, Byker’s a real place – and no, I haven’t met Ant and Dec), I was embarrassed.

I had to play along with friends when they asked me to regularly recite ‘why aye man’ (we don’t say that anymore) or ‘howeh’ on nights out, over coffee, and even to strangers. Initially, I was delighted by their rapturous laughter, but deep down I cringed and felt foolish. My accent was ridiculous.

I was the butt of all jokes just because I had an accent I didn’t ask for.

That’s when, throughout university, I started apologising for it, and decided to try and own it – instead of acting like a dancing monkey for others. I would crack the well-worn gag about not speaking ‘properly’ before they even had a chance to ask if I was from ‘the Toon’.

I studied English Language, and regularly joked to my tutors about the irony, since I could barely speak it myself. I made sure everyone I met was aware of my accent straight away, making them laugh by apologising for sounding like Cheryl Cole.

I told myself that if I owned, or even ‘altered’ my accent, people couldn’t ridicule me for it. I even believed that I owed it to myself to ‘alter’ my accent because I had to – that I couldn’t possibly speak Geordie, say, going for job interviews or meeting important people.

I had my worries confirmed when, while working in Bristol, I was once asked if I could put on a ‘better’ phone voice that was more appropriate for a job. I was furious, not at them – but at myself for letting my accent potentially get in the way of a career. I smiled, nodded and apologised – once again – for letting it get in the work of my professionalism. Looking back, I was ashamed of my accent and was desperate for people to understand me, and like me.

After that, I ‘poshened’ myself up on the phone at work to help people understand me better, and faked it until I made myself sound more standardised and spoke in an attempt at Received Pronunciation (RP) – or ‘the Queen’s English’ as some call it – in the hope that I’d be taken more seriously.

I started becoming part of the background, people I didn’t know no longer asked about my accent, or where I was from. But back home, friends and family were puzzled – asking why I was ‘posh’ now. It felt like I’d lost a part of my identity, just trying to fit in with people that didn’t respect me for where I came from. Somewhere they didn’t care to learn or educate themselves about, clearly.

Looking back, I think I did that because we just don’t see any northerners who are taken seriously in the public eye whether on the telly, or in our government. People automatically either think that we’re ‘rough’ or plain old stupid.

It infuriates me that people assume that I, and the rest of the North East, are uneducated – just because we don’t speak the same as the Queen or the regularly-deemed ‘buffoons’ in power. That we’re uneducated, spending our lives plotting against southerners in a language they don’t understand, making cars, or down in the mines.

When really, we’ve had to spend our lives fighting for education and recognition after previous governments took our identity and manufacturing heritage away from us.

Nowadays, I feel ashamed for previously ridiculing my accent. After that incident with my instructor, I thought about my grandparents, who had worked in the mines and protested against the abhorrent Thatcherite government.

I thought about my parents, in nursing and science, and my siblings in higher education. I was proud of them – of their accents, and achievements. They were successful and respected in a hometown that I’d belittled for years.

I thought about my future kids, too. How could they grow up with a parent who was ashamed of a voice that they’d be born with? So, I stopped apologising for it.

I won’t lie, it’s since been hard to bite my tongue when I get that glazed-over look from a stranger or barista I’ve spoken to. But instead of apologising, nervously laughing about not being able to define my vowels, or speaking clearer, I smile and repeat myself until they do understand.

And it’s absolutely not an accent to be embarrassed of. In fact, a recent poll found that Geordie – along with the Yorkshire twang – was one of the more likeable, friendlier accents; with Queen’s English and Cockney appearing the most ‘irritating’. Hopefully, this is turning the tide for the North East, and all the more reason to embrace a ‘likeable’ accent that makes people feel something positive.

And if you still don’t understand me? Well, I won’t be apologising for that any longer. That’s your problem, pet.