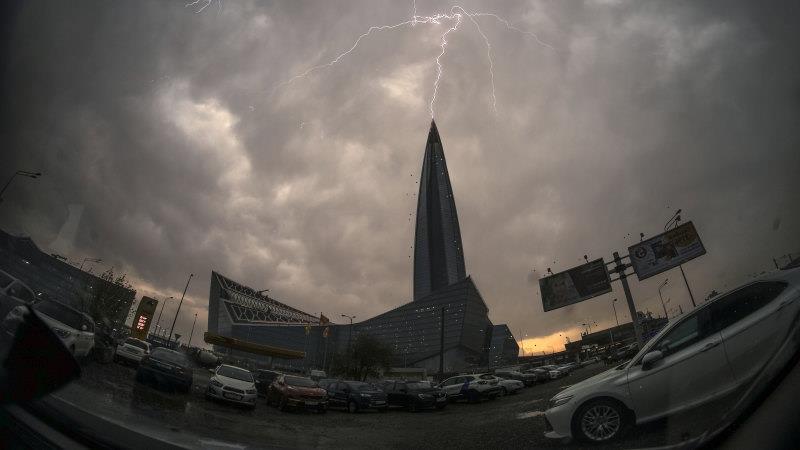 The war in Ukraine has descended so quickly into crimes so great that the moral case for a powerful response grows stronger by the day. The latest atrocity, the bombing of a maternity hospital in Mariupol, only adds to the urgency about what else can be done to stop the Russian invasion.

The primary hope is to break the Russian economy. Australia has joined global sanctions to impose a crushing financial penalty that might be enough to halt the attacks, impose extreme pressure on Vladimir Putin and convince other autocrats that similar ventures will trigger the same costs. 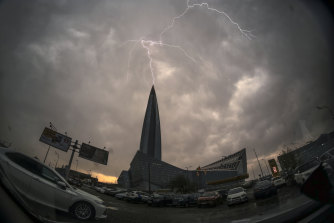 The headquarters of Russian gas monopoly Gazprom in St Petersburg.Credit:AP

But the economic assault is yet to stop the Russian President after almost two weeks of radical steps designed to crash his currency and paralyse his central bank. These steps are certain to bring severe financial hardship to millions of ordinary Russians, with hyperinflation in prospect, yet success depends on whether this pain can force Putin to relent, if not retreat.

Yet, the reality is that Australia has few ways to add to this pressure. It is doing less than in recent conflicts: there are no Australian boots on the ground, aircraft in the sky or ships nearby. This reflects the essential calculation, which is cold but correct, that NATO and its allies must not go into direct combat with Russian forces and risk turning this into a nuclear confrontation.

It is on the economy, then, that Australia can bring some pressure to bear. Any pressure is worth considering when Australia is a huge energy supplier with the capacity, in theory, to reduce some of Putin’s leverage. This has been on federal cabinet’s agenda for good reason.

Putin showed no sign of being deterred after the European Union (EU) and the United States froze the Bank of Russia’s international reserves and cut the country out of the global banking network. He sent more troops into Ukraine after the February 27 sanctions, according to Pentagon briefings, and he ordered more missiles into Ukrainian cities: this measure of horror stood at 320 missiles from the day of the invasion to the day of the sanctions; at last count it was up to 625.

The war is now a test of whether banks stop tanks. The West has launched an experiment in real-time to see if economic war can defeat an army of more than 150,000 troops. History shows that stronger economies win wars. Experience shows the victory does not come quickly.

The latest step, a US embargo of Russian oil, gas and coal, shows the willingness to go further but also, crucially, the limits of what is possible. US President Joe Biden can act in the confidence that the US is an oil exporter in net terms.

Europe is exposed. It relies on Russia for at least 4.5 million barrels of oil each day, or about a third of its imports, and will not join the immediate US embargo. It cannot switch off Russian gas, which makes up 45 per cent of EU imports, so it talks instead of phasing out its dependence over time. 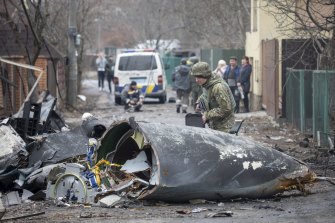 The wealth that Germany sends to Russia in gas payments effectively finances its war effort in Ukraine. Credit:AP

How much time? The EU has a set a deadline of 2030 to wean itself off Russian fossil fuels. It is in a race to reduce Putin’s power at the pipeline. The EU believes it can cut its demand for Russian gas by two-thirds before the end of this year, but its plan needs more than a shift to renewables. It also needs other gas suppliers.

This, in theory, could be Australia’s greatest contribution to the war. Gas shortages give Putin leverage over Europe. Gas supplies from Australia can reduce that leverage. This is why cabinet ministers have asked for estimates of how much gas Australia could produce to help. The Australian gas would not need to go to Europe because shipping more gas to Asia would allow other suppliers – Qatar, the US – to meet some of the European needs. The cost of shipping helps decide where the gas goes.

High gas prices would bring a reward, although this would be offset by the global economic shock from rising oil prices. Ultimately, however, the decision turns on a moral question. What is the best way for Australia to weaken Putin? The answer will sit uneasily with many people who believe in the need to reduce carbon emissions and therefore phase out gas.

There is no doubt that more gas is good for Europe, right now, when it confronts Russian war crimes. So what takes priority? Fighting climate change or fighting Putin?

The constraints are practical. Australia is already producing gas at close to full capacity. For all the talk of an Australian rescue in headlines last month, there are few ways to boost production of liquefied natural gas (LNG). Australia sent only seven LNG tankers to the spot market in December, according to government estimates. There is no new LNG train – the facility that freezes the gas for shipping – on the near horizon.

The Beetaloo basin in the Northern Territory, fiercely opposed by the Greens, might produce gas for export from Darwin’s LNG facility within three to five years but there is no earlier boost to supply in prospect. Santos has approved its Barossa gas field, which is off the cost of the NT, but the first gas will not flow until 2025. Woodside has approved its Scarborough field, north-west of Exmouth, but the first gas is due in 2026.

Scott Morrison and some of his cabinet ministers are looking at options to put more gas into the market without hurting domestic supplies. The options are described as limited but possible. They include “load swaps” where Australia fills an order so another producer in the northern hemisphere can ship gas to Europe.

The EU plan explicitly says it will need alternative suppliers. While the market will find more gas if the price is right, the government – whether it is led by the Coalition or Labor – will need to consider what Australia can do.

Australia has sent humanitarian aid to Ukraine and paid for weapons and military equipment to be sent across the border from NATO members. The combined effect of global sanctions and Ukrainian resistance might bring the war to an end, but a long and awful struggle is more likely. The most powerful weapon Australia can send will be a tanker full of gas.