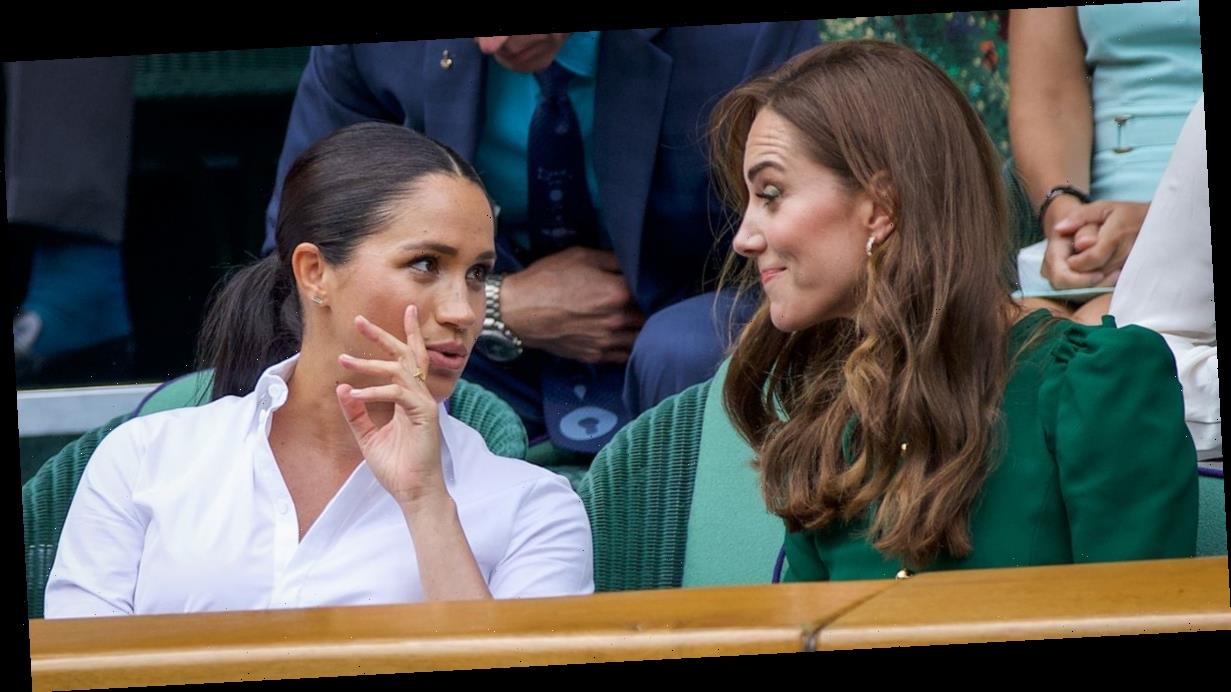 During Meghan Markle’s tell-all interview with Oprah Winfrey, she revealed Kate Middleton had made her cry during the run up to her wedding.

Meghan, 39, opened up about reports of a rift between herself and the Duchess of Cambridge, also 39, and said the press wanted “a hero and a villain”.

The Duchess of Sussex, who also said she had suicidal thoughts during her time on the royal family, claimed that despite reports that Meghan was the one who drove Kate to tears days before her nuptials to Harry, it was in fact the other way around. When asked by Oprah about the tabloids' claims Meghan had made Kate cry days before the royal wedding, the Duchess of Sussex said: “No, the reverse happened.”

Their disagreement was over an issue with a flower girl dress, but what exactly was it about the dress which led to tears being shed?

What was Meghan Markle and Kate Middleton’s flower girl dress disagreement about?

In 2020, it was claimed the rift came when Meghan and Kate discussed whether or not the bridesmaids should wear tights.

According to these reports, Meghan didn’t agree that the flower girls should wear tights, but Kate, in a bid to follow royal protocol, did.

“It was a hot day and apparently there was a row over whether the bridesmaids should wear tights or not. "Kate, following protocol, felt that they should. Meghan didn't want them to,” a source told Tatler Magazine.

However, it has since been claimed by a source who spoke to The Telegraph that actually it was about Princess Charlotte’s bridesmaid dress not fitting.

This meant more appointments for dress fittings had to be scheduled ahead of the wedding, with the insider saying: “Kate had only just given birth to her third child, Prince Louis, and was feeling quite ­emotional.”

Meghan didn’t reveal any further details about what exactly she and Kate fell out about, only revealing that it was to do with the flower girl dresses.

She added that she “didn’t want to be disparaging to anyone“ but Kate was “upset about something“ over an issue with a flower girl dress.

The flower girls wore adorable white dresses which were partnered with floral headbands tied with ribbons to the wedding. The frocks were made from Ivory silk Radzimir and designed by Givenchy Haute Couture Atelier’s Clare Waight Keller who also designed Meghan’s gown.

They also wore Aquazurra shoes monogrammed with their initials, and the wedding date.

As well as Princess Charlotte, Meghan’s goddaughters Rylan and Remi Litt were chosen as her flower girls.

There was also Prince Harry's goddaughter, Florence van Cutsem, who is the daughter of Major Nicholas and Alice van Cutsem.

Ivy Mulroney, the daughter of Meghan’s friend Jessica Mulroney, was also a flower girl, as was Harry’s goddaughter Zalie Warren.