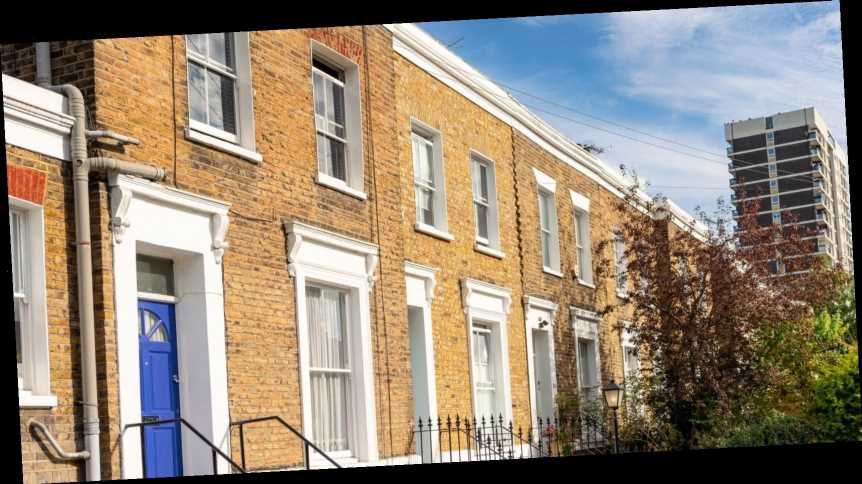 Now is the perfect time to move away from London and save money, so why are so many private renters still so committed to living here?

Why the hell did we all move to London? Sure, it’s one of the world’s most diverse and exciting cities. The streets are paved with gold, according to legend. And it’s the only place in the UK where you actually have a shot at getting into certain career fields.

But for those who don’t have savings, a six-figure salary or a Bank of Mum and Dad (which is a lot of us), it’s become near-impossible to get onto the property ladder. This means that more and more people are stuck in the expensive and precarious renting game well into their 30s, 40s and beyond. And let’s face it, most of us would prefer the safety, comfort and independence that homeownership provides.

Add a 10-month pandemic, the biggest recession on record and thousands of redundancies to the mix, and everything is muddled in the renting market.

At the worst end, recent research conducted by The Body Shop found that 43% of surveyed renters admitted they are only two paycheques away from becoming homeless. Shelter also found that the loss of a private tenancy made up 11% of the 98,300 homeless households that were living in temporary accommodation at the end of June 2020.

On the other hand, SpareRoom has just revealed its quarterly rental index, which shows the biggest drop in London room rents (8%) since last spring. This suggests that it’s slightly cheaper to rent in London than it has been in quite a while. But this hasn’t stopped 27% of renters in London from planning to move after the pandemic has come to an end.

It makes sense why nearly a third of renters think that now is the right time to leave. All those things that made paying nearly 40% of our incomes on a rented room feel worthwhile – London’s cultural scene, being close to work, wining and dining in the capital – now feel redundant. Even when the pandemic ends, it’s likely many of us will continue to work remotely and carry on with a slower pace of life. We’ve had a lot of time to realise that life might not be all about spending £10 on a negroni at a hot new pop up or making sure we’re close to the Central Line to get to the office.

It’s easy to work out why people want to leave. The question is: why have so many of us decided to stay?

As a private renter who often moans about being skint because of the cost of living in London, moving back home to Leeds is something that I’ve toyed with nearly everyday over the last year. I only need my laptop and a phone to do my work, I could probably rent a much bigger and nicer place on my own in Leeds, and I’d be nearer to my family. I’m convinced I’d also save a lot of money.

But there’s one big factor that holds me back each time I type “Leeds one bed flat” into SpareRoom. Stylist’s women’s editor Moya Crockett nailed the exact same reason in a recent tweet.

“Sometimes I think I wouldn’t mind moving out of London so much, as long as I could convince all my best friends and a sizeable handful of my favourite acquaintances to come with me,” she shared.

When I told Moya I 100% relate to this, she explained: “I guess for me it’s the fact that almost all of my friends are in London. I feel really lucky that a lot of my closest friends have also ended up living near me in south-east London, which means I have a real sense of community and on-tap support.

“In pre-Covid times, whenever anyone was going through a rough patch, it was virtually effortless to simply turn up at their front door or arrange an emergency summit at the pub –or to text my best friend and be lounging in the park with her in under half an hour.

“My friends are absolutely the most important people in my life right now  –I’m single, I don’t have kids – and to be honest, I’d pay even more than I’m currently paying to maintain proximity to them. Also, London is the best place in the world for takeaways.”

My close friend, who always questions whether or not she should move home to the midlands, also agrees that saving money isn’t a big enough reason to quit the capital just yet.

“When we first went into lockdown last March, my instant thought was to just pack up, go home to Derby and save a shit ton of money because it seemed pointless spending it to live here. I have great friends in London and have always loved going out and doing things with them, but it just wasn’t happening. I decided I’d come back, find somewhere new and resume my old life when the pandemic ended,” she tells me over voice note.

“But then I realised that ‘the end’ could actually be a long way off and being at home for an extended period of time might just have been too much,” she continues. “It would also mean not being able to see my boyfriend in London much. And I didn’t want to leave my flatmate, who I was getting on really well with during lockdown, in the lurch. I’d have actually felt selfish just leaving her on her own with two rooms to fill. But then our landlord gave us notice to move out anyway.

“At this point my boyfriend’s housemate had also moved out of his place, so he suggested that I moved in with him. It’s much sooner than I’d planned on taking that step but it just made sense under these circumstances. It hasn’t been total plain sailing but I’m so glad I did it, and am really happy to still be in London and at least meet friends for walks. I did also get a car! And that massively helped with being able to drive around London to sit in friends’ gardens and take day trips over summer.”

It just goes to show that the communities of friendships and relationships we build when we move to London are often the very things that keep us here. A pandemic only strengthens this.

Having the choice to stay put or move home right now is of course a luxury that so many people don’t have. But it’s good to know that “because my mates are here” is a valid reason to stay committed to London.

Yes, we might be a bunch of skint idiots. But at least we’re still in it together.

If you need more guidance or information on private renting, Shelter has launched a new section about coronavirus on its website. There is also a specific page for people who need advice on housing and domestic abuse. Alternatively, you can call the helpline, chat with an adviser online or find a local service.