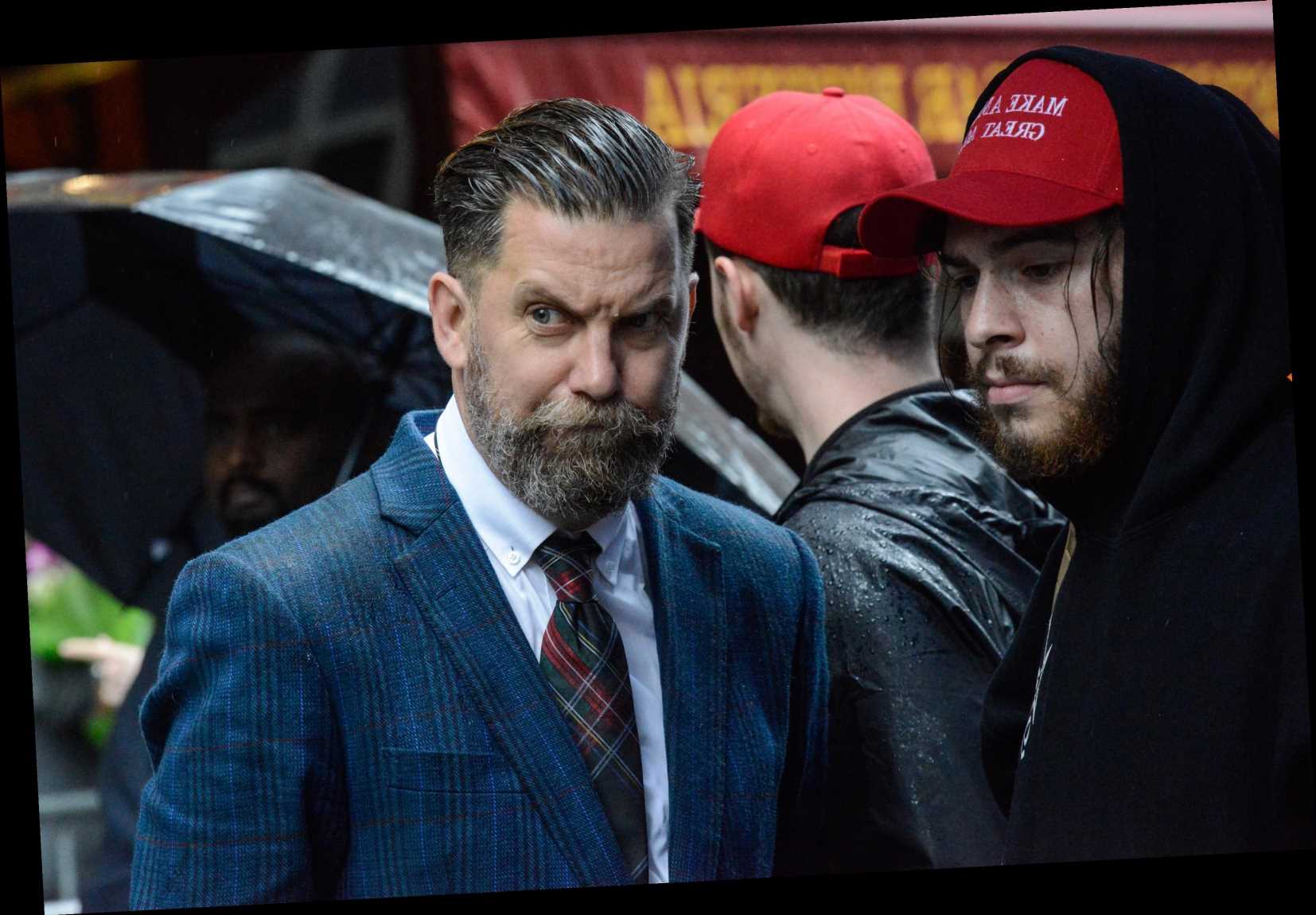 GAVIN McInnes is the man known as the "Godfather of Hipster" who transformed himself into a right-wing provocateur.

Here is more on the leader of the far-right organization that has been accused of inciting violence. 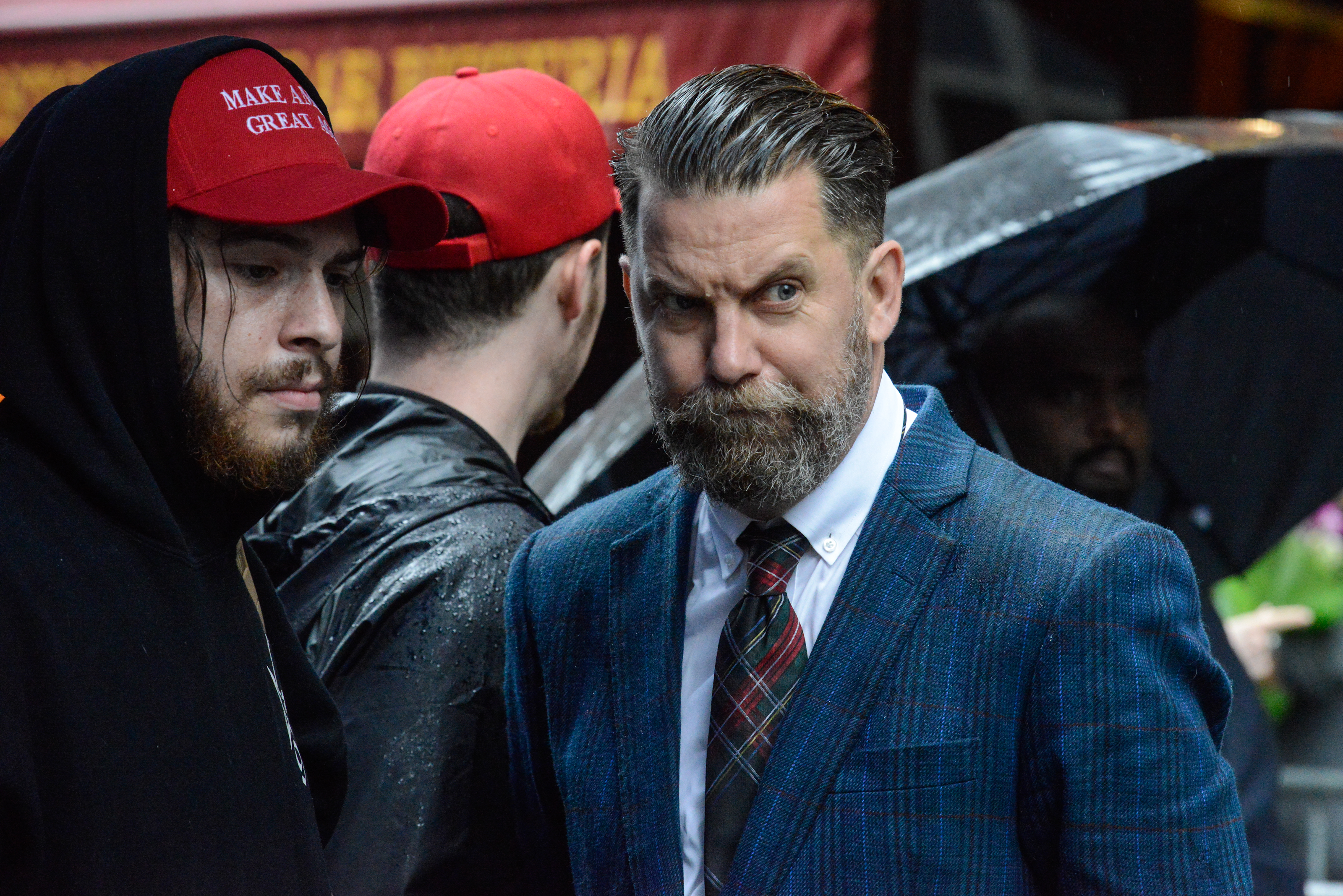 Who is Gavin McInnes?

He was born to Scottish parents in the English town of Hitchen in the county of Hertfordshire.

The family moved to Canada when he was a small child.

Graduating from Carleton University in Ottawa, he moved to Montreal and co-founded Vice magazine before he relocated with Vice Media to New York City in 2001.

He was described as the "godfather" of hipsterdom by WNBC.

When did he found the Proud Boys?

Since then they have appeared alongside other alt-right groups at extremist gatherings.

This included the Unite the Right rally in Charlottesville, Virginia, in 2018 that left counter-protester Heather Heyer dead and 19 others injured.

They have often been seen squaring off with Antifa protesters.

There are three degrees of membership.

To become a first degree in the "pro-West fraternal organization" a prospective member simply has to declare "I am a western chauvinist, and I refuse to apologize for creating the modern world".

To enter the second degree, a Proud Boy has to endure a beating until they can yell out the names of five breakfast cereals — in order to demonstrate "adrenaline control".

Those who have entered the third degree must have demonstrated their commitment by getting a Proud Boys tattoo.

Any man — no matter his race or sexual-orientation — can join the fraternal organization as long as they "recognize that white men are not the problem". 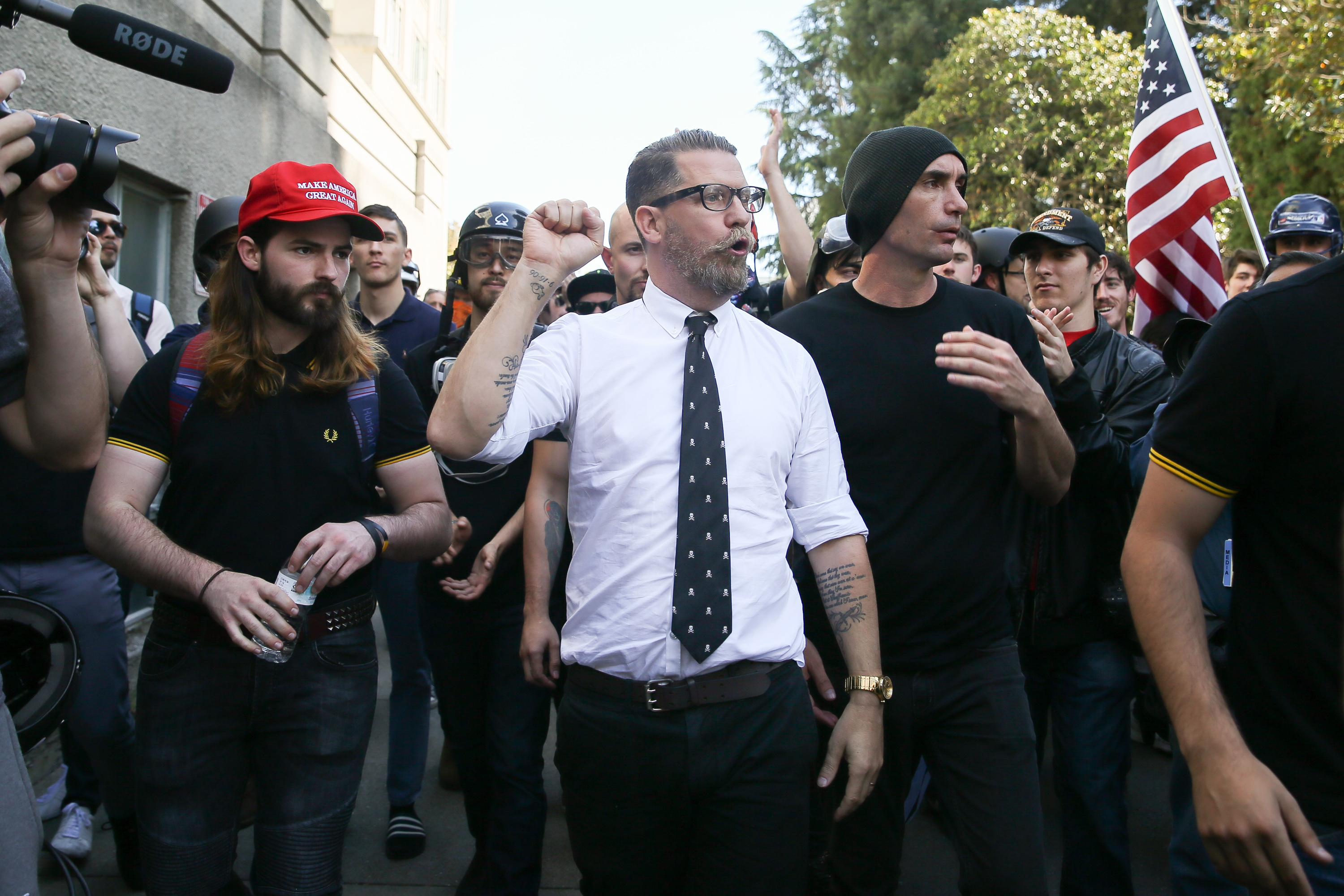 Is he married and does he have children?

Since 2005, McInnes has been married to Manhattan-based publicist and consultant Emily Jendrisak, who is the daughter of Native American activist Christine Whiterabbit Jendrisak who describes herself as a liberal Democrat.

They have three kids.

Regarding his wife's ethnicity and their children, he said: "I've made my views on Indians very clear. I like them.

"I actually like them so much, I made three."

They live in Larchmont, New York.

Who are the Proud Boys and what are their beliefs?

The group denies any connection to the racist "alt-right," according to the Southern Poverty Law Center (SPLC).

Instead they claim they are simply a "fraternal group spreading an “anti-political correctness" and "anti-white guilt' agenda".

The group opposes Antifa which is an umbrella term for far-left militant groups that resist neo-Nazis and white supremacists.

They have appeared at protests around the country in recent years, including at the Unite the Right rally in Charlottesville, Virginia, in 2017 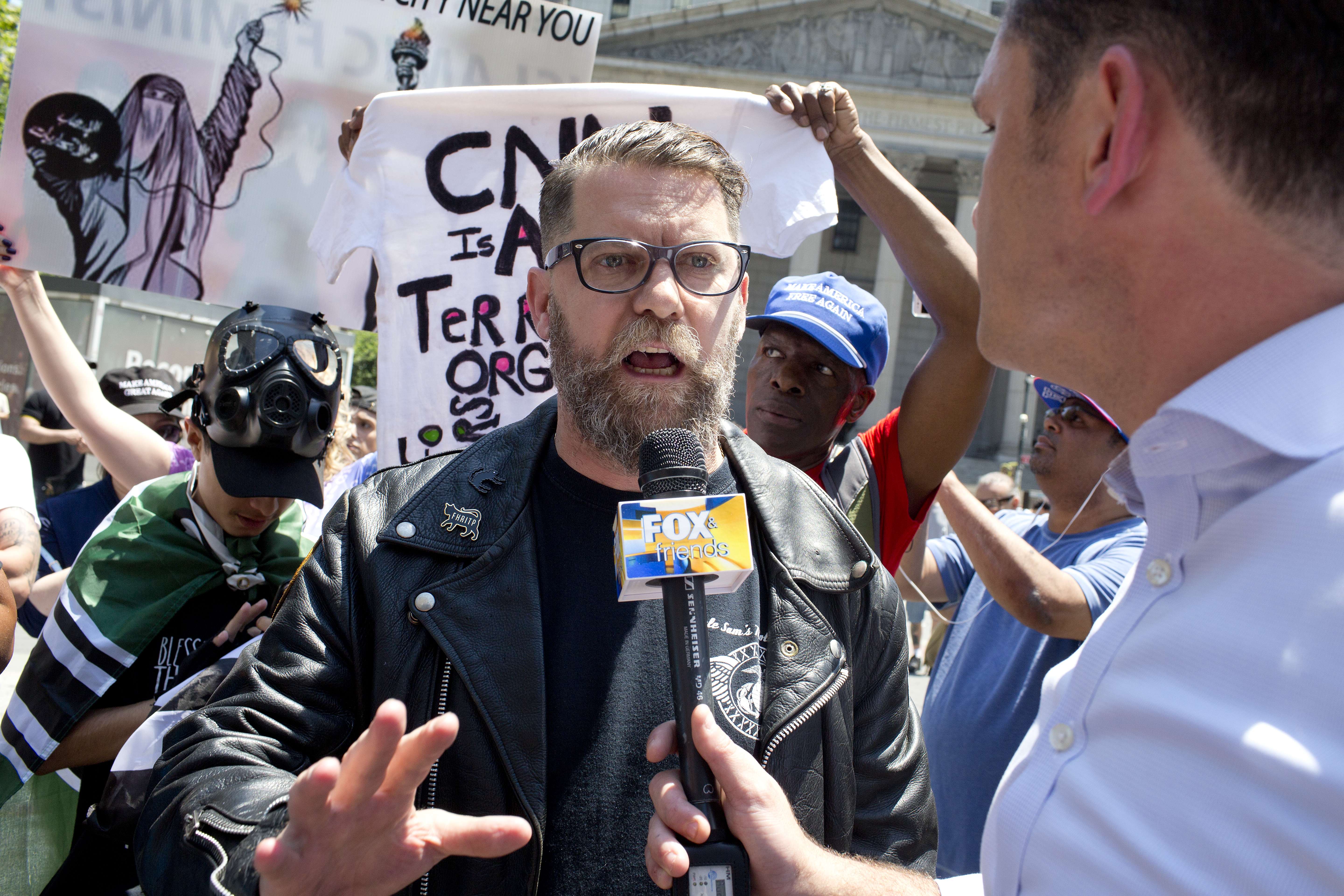