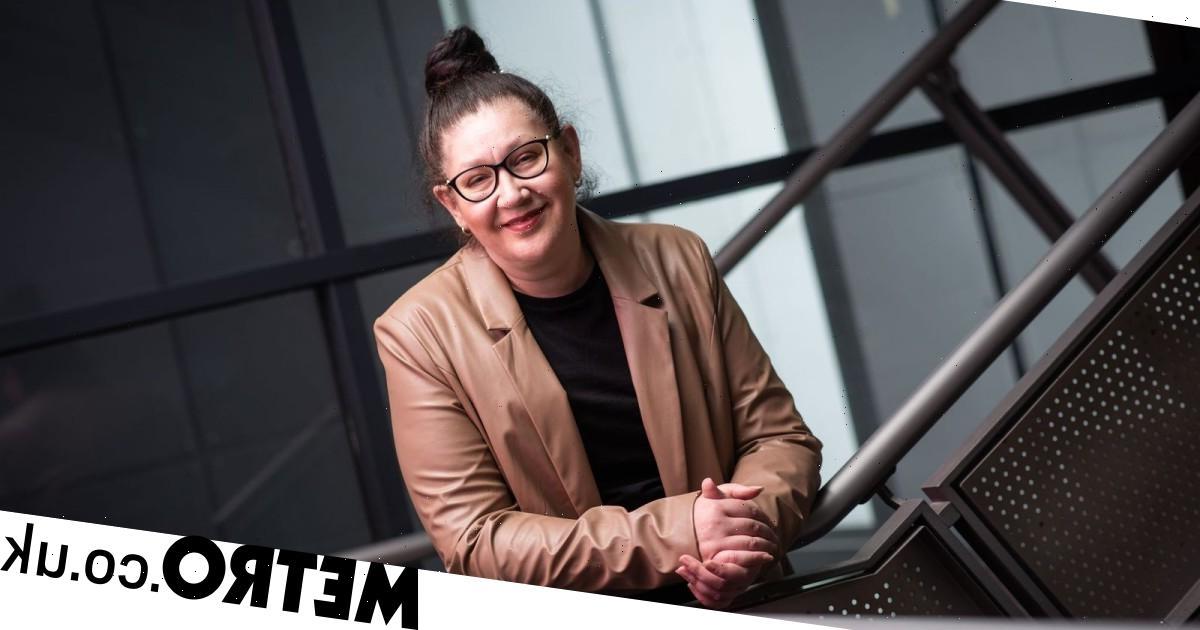 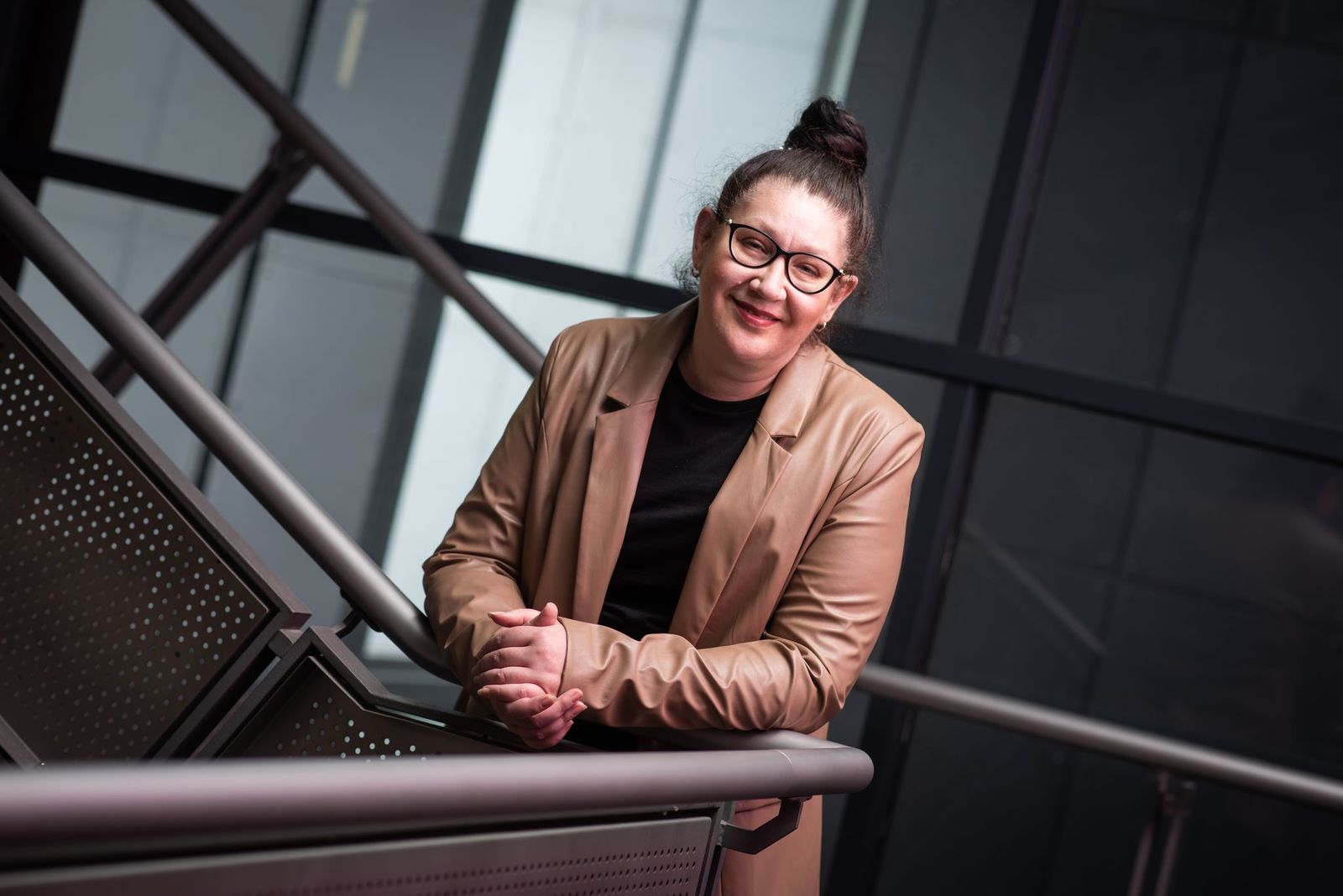 When I found out my daughter and I both had autism in 2008, my whole life started to make sense.

It was a long process that required many doctors, advocating with teachers and quitting my job. But once we got the answer, everything became clear.

In 2002, I came to the UK from Belgium to begin a new career while my eldest daughter was starting reception. She learnt English very quickly, so expected that school wouldn’t be a problem for her.

But, in Year 1, the school became increasingly critical of her behaviour. They complained about her fidgeting, lack of attention and not following instructions. They told my husband and I that she should, metaphorically, ‘pull her socks up’.

We’d been wondering why she developed a compulsive habit of pulling up her socks – she’d been taking literally what the school had been telling her.

The school linked her difficulties to our parenting and lack of discipline, asking us to be stricter at home. This was impossible as once at home she was exhausted. She’d be in tears, restless and distressed.

As I was working for a pharmaceutical company that was launching a new drug for Attention Deficit Hyperactivity Disorder (ADHD), I received a leaflet describing the symptoms: impulsiveness, poor time management, problems focusing on and completing a task, excessive activity or restlessness. To my shock, my daughter ticked all the boxes.

There wasn’t a child psychiatrist within the local NHS, so we went to a specialist back in Belgium, who conducted an onslaught of tests and observed her in a clinic.

When she was diagnosed with ADHD aged six, it was a relief. It helped to recognise that she had special educational needs at school and medication made a big difference.

We explained to her that medication was going to help her concentrate at school and she took it enthusiastically. However, the teachers continued to complain. We’d tried everything.

To make matters worse, I couldn’t find a suitable childminder to look after my daughter. They found it too difficult to cope with her hyperactivity, with one calling me on my way to a business meeting, saying: ‘Come right away to take your bloody daughter’.

I made my way home and decided to resign from my job then and there in the car. I thought of myself as a career woman, so it was a tough decision to make. But my daughter had to come first – I couldn’t leave her a minute longer with people who spoke of her like that.

I became a full-time carer, dependent on my husband, without any other support. It felt as if I was grieving a loss of a limb, losing my career, but a bigger task quickly absorbed me – finding a suitable school for my daughter.

A few months later, we moved for my husband’s job. My daughter was now in Year 2 at a private school with special provisions for her ADHD, so we didn’t anticipate any further issues. That’s until her teachers showed me the symptoms checklist for Asperger’s Syndrome, which included unusual speech and play suggesting that this was what my daughter had.

I couldn’t relate them to her at all and it didn’t make sense. My daughter didn’t speak like a robot, or play with Ninja Turtles – criteria that the form, which was designed based on autism in boys, mentioned as markers.

The private school doubled our fees because of her suspected Asperger’s so we changed schools again, opting for a local state school.

Four years later, after continuously fighting with schools, endless meetings and individual educational plan reviews, she still wasn’t following instructions and it was our ‘fault’, according to teachers. I felt trapped, feeling the education system was failing my daughter.

In Year 6, she was finally seen by the NHS. After a multidisciplinary assessment, she was officially diagnosed with Asperger’s, a form of autism. I felt burned out by the journey that led to this, so I welcomed the news with little emotion, although it was a relief.

By then, I was in a mental health crisis myself – drained by the stress of advocating at school, helping her with schoolwork and struggling to arrange playdates as nobody wanted to socialise with her.

I felt like a failure in both my career and as a mother.

I was referred to the mental health team – the same clinician as my daughter – and during her autism assessment, I was told there and then that I had Asperger’s, too.

At first, I was very confused as I couldn’t relate to the description of Asperger’s symptoms, like echolalia – repetitive behaviours or narrow interest. I had a huge range of interests and hated repetition.

I read all the books I could find and signed up for every training course so that I could try to understand autism for both myself, and my daughter. It was only after attending a post-diagnostic training for parents of autistic children by the National Autistic Society, where autistic parents spoke about their lived experiences, that I started making the link between my experience and autism descriptions.

I had very passionate single focus interests that I engaged in with high intensity, which I discovered is more typical of female presentation of autism.

Hearing from autistic adults was a cathartic moment as I found a shared experience. I couldn’t believe how similar our stories and experiences were, how seemingly fragmented, unrelated events in my life have slotted into place and woven into a new autistic identity.

I had to conceptualise all my life to date: the struggles, the bullying and crippling anxiety in social situations, the feelings of rejection and isolation, the sensory overload and burnout. Asperger’s gave the name to what was happening to me all my life. I felt grief, relief and hope for the first time in a long time. I felt as if I was reborn.

The diagnosis gave me the key to unlock and understand the barriers that I experienced. I could dismiss the well-meaning advice from the school that amounted to trying harder. It only added more stress.

I learned to accept and forgive myself for not being able to please everyone and meet everyone’s expectations. I had to quickly shed all ableist prejudices of being a lost cause for having a condition.

I understood that disability doesn’t have to be limiting as it’s just a different way of doing things, like socialising online and building relationships one-on-one rather than at noisy social gatherings. I was hopeful that the diagnosis would lead to some support, but was shocked to find nothing for myself as statutory services only cover people with intellectual disabilities.

I was even discharged from a two year-long mental health waiting list as the type of therapy being offered didn’t work for autism as it relied on skills and thought processes that weren’t part of regular autistic functioning. I felt let down, and left to my own devices.

In total, it took me three years and two tribunals to fight for my daughter’s Statement, giving her vital accomodations/support at school – now known as an Education, Health and Care Plan – a legal statement of all the support the child is entitled to.

She got her statement when starting secondary school, aged 11. It was life-changing as she got the right support with speech therapy, occupational therapy and a teaching assistant to help in lessons. It was instrumental in building her confidence, self-esteem and wellbeing.

My second daughter also started having similar problems at school, aged seven. I noticed the signs of autism much earlier and was better prepared this time. Yet it still took four years and a tribunal to get her an Education Health and Care Plan and a place in the right school.

Though I was diagnosed in 2008, I only started understanding autism properly in 2018 when I discovered an autistic adults’ forum. Peer support and personal stories finally made sense of it all.

Learning about neurodiversity was a watershed moment too as it positions differences in neurological make-up (such as autism and ADHD) as normal variation within human diversity, not a deficit and a ‘disorder’.

Autistic people may be coping intellectually but have crippling anxiety and mental health problems, with suicide risk increasing. I realised autistic people could develop helpful services ourselves – and finally be noticed by the system.

Together, with a group of seven from the forum, we met and created Neurodiverse Self Advocacy (NDSA) – a non-profit that helps autistic people realise their potential and achieve their goals. We run a self-help information site and forum, and conduct mentoring programmes for autistic people.

We harness peer mentoring to help people to make sense of their autism diagnosis, or self-identification. Our aim is to promote the understanding of autism and neurodiversity as a different mental functioning system that goes with a different brain wiring.

Of course, many autistic people need a lot of care and support, often due to a plethora of additional conditions, but autism in itself brings both challenges and strengths that need to be valued.

The diagnosis has been life-changing for me and my daughters as it broke the cycle of struggle and self-blame and provided the key to cope better. Coupled with NDSA it gave me a new focus to help autistic people like us to be properly supported and accepted.

The journey to the diagnosis should be straightforward and everyone should get support in understanding what it means.

My hope is that other families won’t have to go through what we had to.

For more information about the mentoring programme, visit the NDSA website here.