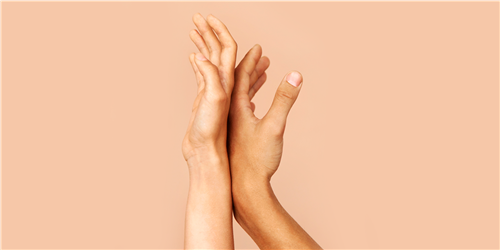 Picture it: You’re on a romantic date with your S.O.—candlelit table, bouquet of roses, chocolate-covered strawberries. It should feel like the climax of your favorite rom-com, but it just feels…wrong. Suddenly, you cringe at your partner’s touch. Their sexual allure dissipates. The mere thought of romance existing between you? Ew. You hate the way they do, well, anything (they breathed? unforgivable), and their personality is a huge turn-off. Little quirks that never bothered you before, like how they slurp their drink, pick the raisins from their salad, or drone on about their record collection, are now intolerable. No doubt about it: You’ve got The Ick.

Phrase sound familiar? That’s probably because a Sex and the City episode titled “The Ick Factor” popularized it years ago. More recently, “The Ick” resurfaced on British Love Island season six when (spoiler alert!) Leanne out-of-the-blue dumped Mike. Interest is surging—which is why The Ick needs an unpacking, like, yesterday.

“When you have a crush, your body and mind become excited and feed off each other,” says WH advisor Chloe Carmichael, PhD, a clinical psychologist in New York. “We call that a psychosomatic reaction.” The Ick sparks a similar response but results in the opposite symptoms. “It’s like a sense of repulsion. You’ll notice a sudden absence of arousal that you used to feel about someone,” she explains. When they kiss your neck, it feels like a grotesque slug sliming down to your clavicle. Their make-out technique hasn’t changed—your perception of it has.

You shouldn’t want to social distance from your S.O.

How can you tell when you’ve caught The Ick?

Like the way you’re grossed out by the smell of rotten food, your body may be sending a message when you feel The Ick, says Carmichael. “It’s healthy to have a revulsion toward what’s not good for us.” Think of it as a defense mechanism, making you realize this person is toxic or, at least, signaling that something is off. (But it’s not the only Ick inducer—more on that later.) While the relationship may not be categorically harmful—you’re just fed up with your spouse’s chewing— it’s helpful to explore why your body is urging you to flee. Be honest with yourself to get clarity. Should you stick it out or run for the hills?

A quick PSA: Just because you have The Ick doesn’t mean you have to jump ‘ship right away. (Get it?) Before hopping in the life raft, check out these expert-approved next steps.

First of all, ask yourself: Is it just the novelty fading? New couples often take part in what Carmichael calls “relationship bingeing.” Translation: You’re so excited about a new partner that you end up spending all your free time with them. But when you’re around someone 24/7 (no matter how long you’ve been married!), it’s only natural to want alone time, says Janet Brito, PhD, a clinical psychologist and sex therapist in Honolulu. Do a solo activity to decompress, then reevaluate your icky feelings, she suggests.

Okay, but what if it’s more about you, not them? For real. Feeling ugh about getting intimate could signal unresolved emotions around your ability to give and receive love, Brito says. Affectionate, private moments are necessary to relationships, and if you can’t deal, you may have some internal work to do before jumping into dating or rekindling the spark in your long-term partnership. Working with a therapist or discussing issues with your S.O. can help. What do you do if it’s really not you, it’s them?

Sometimes there’s just no work-through-it fix that can adequately address the problem. If you repeatedly feel The Ick around someone more often than feelings of arousal, love, or joy (like, their perceived yuckiness is as much a part of your routine as your a.m. workout), it’s likely time to go in a different dating direction, says Brito. No need to reveal your repulsion; just (kindly) say your feelings have changed—period. Married, with little ones involved? Use these dire-straits vibes as final motivation to get help and truly explore what’s going on.

Attraction has its normal ebbs and flows, but consider these must-dos your new Ick repellents. (Phew!)