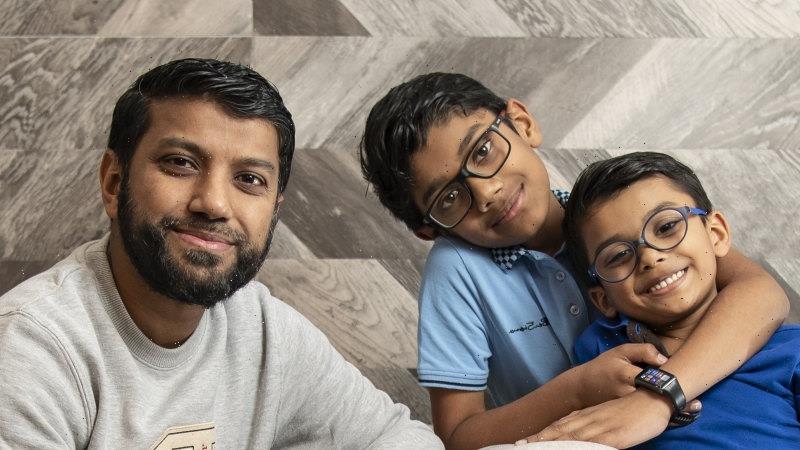 It’s more than a quarter of a century since a string of seats in western Sydney switched from red to blue and gave rise to a new type of voter: Howard’s battlers.

The urban electorates of Lindsay, Macarthur and Macquarie were emblematic of the shift. John Howard snatched all three from Labor with double-digit swings at the 1996 federal election, and they stuck with him for a decade. 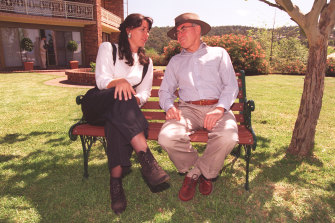 John Howard and Jackie Kelly, the former Liberal member for Lindsay, attend a function in the electorate in 1996. Credit:Robert Pearce

The Howard battler tag was an attempt to describe those won over by Howard’s brand of politics despite having attributes normally associated with Labor voters. They typically had a mortgage and worked in blue-collar jobs. They were concerned about interest rates, suspicious of high migration levels, worried about terrorism and often held socially conservative views.

Attention on Howard’s battlers dwindled after the defeat of the Howard government in 2007 and the Liberal’s electoral dominance of Sydney’s western fringe weakened. In 2016 Labor won back all three electorates that ring Sydney’s west and south-west fringe – Lindsay, Macarthur and Macquarie.

But Stewart Jackson, a specialist in Australian politics at Sydney University, says Howard’s battlers have not gone away.

“They are still there,” Dr Jackson says. “And they are quite possibly going to stick with the Coalition at the moment because interest rates are so low.” 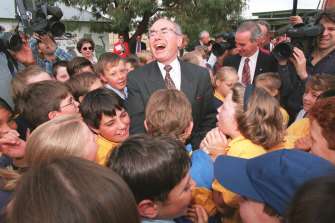 Man of the people: John Howard on the campaign trail.Credit:Simon O’Dwyer

The seat perhaps most closely associated with Howard’s battlers is Lindsay, centred on Penrith in Sydney’s far west. The incumbent, Liberal Melissa McIntosh, was born there and worked for Howard as a junior press secretary in the late 1990s, so is familiar with the battler stereotype.

“Mr Howard himself called Lindsay a microcosm of the Australian community: families, retired people, small businesses and this amazing community spirit,” she says. “That hasn’t changed at all since he was prime minister. You can look back to Menzies’ forgotten people. They were the backbone of our nation and nowhere was that more so than outer western Sydney.”

In 2019 Mrs McIntosh won Lindsay from Labor with a decisive 6 per cent swing. The strong support for the Liberals there, and in other outer urban electorates, prompted party elder Alexander Downer to claim Prime Minister Scott Morrison had “brought back the Howard battlers”.

Morrison travelled to the Lindsay electorate to campaign the day after Parliament rose following the federal budget, signalling its ongoing importance.

But Labor MPs who now occupy other seats on Sydney’s western fringe are sceptical about the relevance of the Howard battler label.

Susan Templeman, who holds the ultra-marginal seat of Macquarie stretching from the Blue Mountains to the Hawkesbury, says the way people see themselves “has moved on a bit” over the past 25 years.

“There are absolutely a bunch of people who feel like they’re battling, but I’m not sure they’re the same people termed ‘Howard battlers’ 20 to 30 years ago,” she says.

Labor MP Mike Freelander, who has held Macarthur since its boundaries were redrawn in 2016, detests the Howard battler tag.

There has been far-reaching change in Sydney’s west since the Coalition swept to power in 1996.

Greater Sydney has added more than 1 million people since 2000 and the city’s outer fringe has absorbed a significant share. That influx, driven by overseas migration, has redrawn electoral boundaries and altered the demographic character of many districts.

In 2001, around 25 per cent of the population of Campbelltown council area (within Macarthur) were born overseas but by 2016 that had jumped to 38 per cent. The overseas-born population in the seats of Lindsay and Macquarie has also risen steadily since the turn of the century. 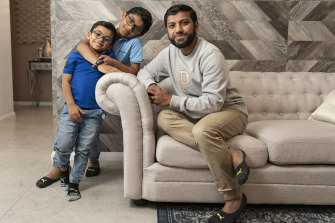 Rishad Hassan, who migrated to Australia from Bangladesh in 2000, built his family home in the Macarthur electorate a few years ago, purchasing an affordable block in Claymore, now known as Hillcroft Estate.

The outer south-west suburb – which was not heavily populated when he first moved there – has since attracted young families and become a popular area for the Bangladeshi community.

“I’m pleasantly surprised the way [Claymore] has developed over the last two years,” says Hassan. “A lot of working-class families moved in, attracted by the [land] grant, similar to me. Many are working in the city, 9-to-5 jobs. We are creating our own community of like-minded people.”

But while the community is relatively new, some of their key concerns date back decades.

“Transportation options to the city are the most important thing,” says Hassan. “If we want to go to work in a corporate world, I don’t think there’s opportunity in this area. You have to go all the way to the city or the north shore. [We want the government to be] building opportunities here, where there are big offices, so our kids get some better opportunities in the future.”

“We need someone who understands the migrant, cultural diversity that we have, and is able to cater to that. Stereotyping doesn’t apply to us – we have different needs and ways of looking at the word. Being able to understand that complex cultural mix is key.”

The economy of western Sydney has also transformed since the Howard years.

In the mid-1990s, manufacturing accounted for about 14 per cent of the city’s economic output, much of it from western Sydney, but that has now shrunk to about 5 per cent. The share of workers in the region employed in the service sector has grown steadily and there are higher levels of educational attainment. The latest census data shows more professionals were added in western Sydney region that any other occupation between 2006 and 2016.

“Western Sydney is increasingly a knowledge economy, so you wouldn’t call them Howard’s battlers quite so much now,” says social researcher Mark McCrindle.

Phillip O’Neill, Professor of Economic Geography at Western Sydney University, says the number of well-educated workers who live and work in outer Sydney has increased with the rapid population growth.

“A young professional with a degree in health, education or social services can actually live in a nice housing estate and work in the outer suburbs,” he said.

Many well-educated workers have also settled near major transport corridors in city’s north-west because this provides access to major knowledge-employment hubs including the central business district, North Sydney and Macquarie Park.

These trends challenge the battler stereotype – O’Neill says the income profile of western Sydney is now similar to Australia as a whole.

“If you took eastern Sydney off Sydney, western Sydney would look pretty much like Brisbane, Adelaide, Perth or Hobart,” he says.

Electoral politics is inevitably affected by such sweeping demographic and economic change.

“This is blurring the line between traditional Labor and the aspirational swinging voter,” he said.

Property values are another revealing marker of economic change.

The median price of a detached home in Sydney’s “Outer west and Blue Mountains” statistical region, which takes in the electorates of Lindsay and Macquarie, has reached $882,000 according to the latest Domain Group price data. That’s higher than the median house price in Brisbane, Adelaide, Perth or Hobart.

Some suburbs on Sydney’s far west and south-west have recently climbed into the $1m median house price category including Pitt Town, Harrington Park and Glenbrook.

“There used to be more jobs in areas that were relatively lower skilled, construction, manufacturing,” he says.

“Many of those jobs have gone. A lot of my constituents are in the gig economy, personal care economy, and often have to travel long distances for work.

“They’re finding it increasingly difficult to buy a house because of the rapid increase in housing values … $1 million is the average house price in Campbelltown. If you said that to me five or 10 years ago, I would have said you’re in a fantasy world. I think a lot of people are struggling to afford that, to buy or to rent.”

Voters have a raft of different concerns to those topping the political agenda two decades ago, including climate change.

Templeman thinks natural disasters that have ripped through her electorate since 2019, including the black summer bushfires, have deeply affected people’s sense of security and will play a role in the next election.

“A natural disaster completely changes your economic, financial future,” she says. “You have a rug pulled from under you.

“That sense of battling comes through to me here, these days, much more by our need to survive what the elements throw at us in this electorate. We have fires, we have floods, we have storms that do terrible damage. That creates a real uncertainty for people. It does actually feel, in the last couple of years – when you put COVID on top of it all – that our whole region has really battled to survive.” 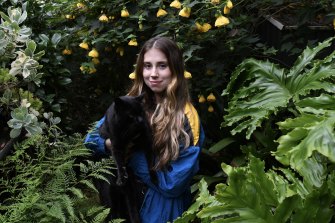 Twenty-two-year-old Blue Mountains resident Alexandrine Monnet, who works in childcare and retail, says climate change policy will be driving her vote this year, and is important to many young people in the area.

“It really matters to me to have a government that cares about the future. It affects communities and small communities are ravaged by the floods that we are seeing and the bushfires of 2019,” she says.

“I would say the mountain’s youth is “little l” liberal, pretty progressive and moved away from that Howard battler stereotype. But it still feels pretty split.”

Western Sydney’s big population and high concentration of marginal electorates make it an important battleground at every federal election. The region has around 10 per cent of the seats in federal parliament, which is more than South Australia or Tasmania.

“When you get an urban area with over 2 million people, which is the population of western Sydney, you’re going to have a very diverse set of political views,” he says.

O’Neill believes “heterogeneity” now defines the region more than anything else.

“There’s not a single vibe or storyline you can write that sufficiently captures what western Sydney is,” he says.

Jacqueline Maley cuts through the noise of the federal election campaign with news, views and expert analysis. Sign up to our Australia Votes 2022 newsletter here.