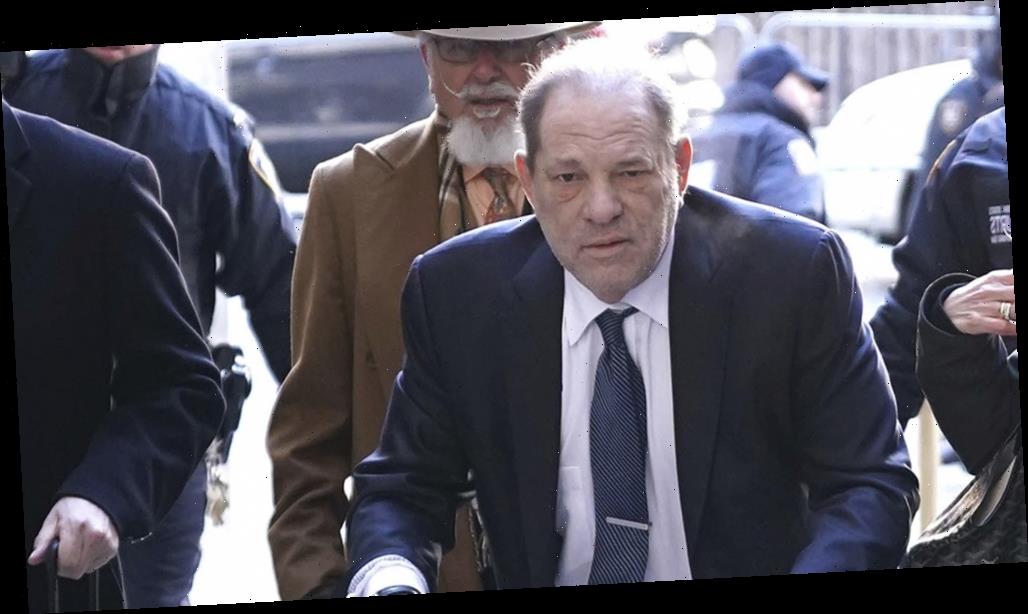 A plan to resolve much of the litigation surrounding Harvey Weinstein appeared to be dead just a few weeks ago, after a federal judge rejected the deal as “obnoxious.”

But a scaled-down version of the plan has since been revived, and on Wednesday it took one step closer to the finish line.

U.S. bankruptcy judge Mary Walrath indicated that she will allow a notice to be distributed alerting Weinstein’s potential victims that they must submit a claim if they wish to be compensated. That step suggests that Walrath is amendable to the basic concept of the deal, which would distribute $35.2 million in insurance proceeds to the many stakeholders in the Weinstein Co. bankruptcy case.

Attorney Salah Hawkins, representing the Weinstein Co. estate, argued on Wednesday that the deal is necessary to avoid “litigation armageddon.”

“Everyone will be suing everyone for everything,” he said.

The revised version of the bankruptcy plan was filed on Tuesday. It is smaller than the original plan, which was $46.8 million. The payout to Weinstein’s victims is also reduced, from $24.3 million to $17.1 million.

The plan would provide finality to the directors and officers of the Weinstein Co., including Bob Weinstein, James Dolan, Tarak Ben Ammar, Lance Maerov, Tim Sarnoff, Dirk Ziff and others, who have been accused in various lawsuits of enabling Harvey Weinstein’s misconduct. Under the deal, they and their insurance carriers would be released from any further liability. The deal would also give them $9.7 million to pay a portion of their legal bills over the last few years.

The deal would also give a fairly modest payment to the Weinstein plaintiffs who choose to participate — though only those with claims dating from 2005 onward. Under the revised plan, Disney, Miramax and their insurers are no longer part of the deal. The women who have claims from the pre-2005 “Miramax era” — including claims in Canada and the United Kingdom — will have to proceed separately. In the U.S., those claims will face a significant hurdle in the form of the statute of limitations.

Unlike the original agreement, the revised settlement would not provide any payment to Harvey Weinstein’s lawyers.

Attorneys representing some of the Weinstein plaintiffs are still seeking to torpedo the deal, arguing that it allows the Weinstein Co. directors and the insurance companies to evade accountability.

Scott Leonhardt, representing Dominique Huett and Wedil David, argued Wednesday that the notice to claimants should not be distributed now. The two women have sought to liquidate the Weinstein Co. bankruptcy estate by converting it to Chapter 7 — which would kill off the settlement — and Leonhardt argued that motion should be resolved before any notice was issued.

But Walrath rejected that, saying she would allow the notice to go out once it is revised. Walrath asked that the notice be updated to clarify that by filing a claim, the claimant was accepting the jurisdiction of the bankruptcy court and forgoing the opportunity to sue in another court.

Walrath expressed some reservations with the amended plan, noting that it appeared that plaintiffs who opt out can pursue claims against Harvey Weinstein, but not against his insurers. Hawkins said the language could be modified to clarify that the insurers would remain liable for some portion of further damages.

The settlement must be approved by a vote of the sexual misconduct claimants, and the dissident plaintiffs will still have an opportunity to challenge the deal later on.

But in the meantime, the Weinstein Co. estate will be taking the first step towards confirmation, publishing legal notices in Variety, the Hollywood Reporter, the New York Post, and other publications informing potential victims of the deadline to file a claim. They will also send notices through actors guilds and pay for Google search listings on such terms as “Weinstein settlement.”