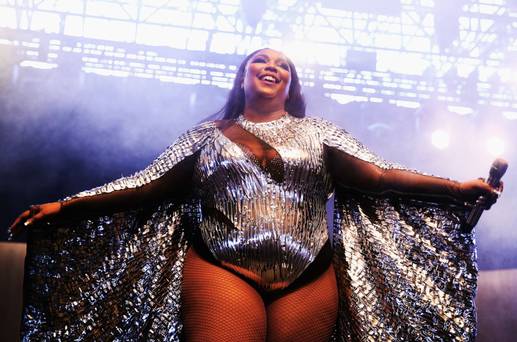 Could this be the summer we’ve reached peak BoPo? The Body Positivity movement – which believes a positive body image should be enjoyed by everyone, regardless of shape or size – has been going from strength to strength in recent years. Yet the age-old ways in which society celebrated one (thin) body type have come under fire more so than ever.

Plus-size pop sensation Lizzo – bound for the Olympia this November – is a beacon of self-love and self-care, appearing naked on her album, Juice. Noting that she strips off for herself and to normalise her body type, Lizzo’s brand of bodily acceptance is almost radical by entertainment industry standards, but her fans can’t get enough of it.

Last week, it was reported that Sports Illustrated magazine has been actively looking for the ‘next big thing’ in swimsuit modelling during Miami Swim Week castings.

Meanwhile, Boots has done away with the old ‘get beach-body ready’ claptrap with an advert featuring eye-poppingly real models. “Let’s feel good about summer,” the ad beseeches.

The move follows athletics giant Nike’s decision to install a size-16 mannequin on its flagship shop floor in London. Yet the brouhaha around the development proves that body positivity, and fat acceptance (a movement that seeks to end anti-fat bias and stigma in society), is more complex than meets the eye. Critics said the mannequin, far from being a bastion of body-positivity, “normalises obesity” or even celebrates it. The fat acceptance movement is all very well, they say, but it certainly has no place within Brand Nike.

The so-called fat acceptance movement de-emphasises the link between obesity and heart problems, diabetes and cancer, and seeks to reassure people that they are perfectly fine just as they are.

The movement’s detractors say it offers a decidedly modern, narcissistic solution to the growing problem of obesity.

Dr Eva Orsmond owns and runs Orsmond Clinics, a specialist facility which offers a professional approach to treating obesity. And the statistics give her and obesity campaigners pause for concern.

“The reality is that once your BMI is over 30, it means it’s a chronic condition, and we accept that and say it’s okay, we are accepting that,” says Dr Orsmond. “We know for a fact that the two main drivers of cancer are smoking and chronic inflammation, which is obesity. It’s not something that will correct itself – it requires focus and education and support.”

Orsmond argues that the increasing visibility and celebration of plus-size models creates a situation where being overweight is normalised.

“It’s not okay. I’m not in any way saying we should promote anorexic or skinny models either, but we have lost the concept of what is a normal weight,” she observes. “You might think of a ‘normal’ model as being extremely skinny, but 40 years ago, that’s how young girls used to look. Our perception of what is normal has deviated. There are more overweight and obese people in Ireland now, but that doesn’t mean it’s okay.”

Dr Orsmond clarifies that her observation is couched simply in the numbers on the scale, and doesn’t constitute a personal criticism of any person of size. “I’m not criticising the person – it’s not a personal thing,” she affirms. “It’s great to be confident, but it’s not about physical appearance as a personality.”

Yet body image campaigners would argue that a moral judgment on people of size is almost impossible to ignore. And an increasing visibility of a different body type isn’t likely to influence young women to ’embrace’ obesity as a bodily ideal in the same way they might a thinner body type.

Plus-size model Tia Duffy has been a BoPo campaigner for several years. She has noted that the viewpoint that BMI is a marker of ill-health or inactivity is being eroded.

“I think we’ve moved to a point towards body acceptance, and realise that how everyone else’s body is, isn’t your business,” she notes. “The Nike campaign showed that size doesn’t matter if it comes to fitness. You could be a size 16-18 and could be running 10k marathons.

“I disagree with the idea that plus-size models ‘promote’ obesity – for years we’ve been fed one body type,” she adds. “Bodies don’t stay the same. They gain weight, they lose weight, they have babies – you can’t just pit one against the other.”

And yet for all of the Body Positivity movement’s efforts, the conceit that fatness is somehow a moral failing (and conversely, thinness amounts to a sort of moral superiority) still stands.

Researchers in the US found that girls of three years old tended to favour thinner dolls over bigger dolls, while according to the toddlers, the bigger doll was thought of as being sad, tired and having no friends.

Elsewhere, research carried out in 2017 by Fairygodboss noted that thinner women earned up to $22,000 more a year than their larger counterparts, with only 15pc of recruiters saying they would consider hiring an overweight woman. Plus, one in five hiring personnel characterised the woman as “lazy,” and slightly more – 21pc – called her “unprofessional”.

Colman Noctor, a child and adolescent psychologist at St Patrick’s Hospital, Dublin, agrees that in terms of influential might, the body acceptance movement is “nowhere near as powerful” as the “skinny movement”.

“I personally don’t like the notion of any body type being seen as ‘good’ or ‘bad’, but the issue is surrounding the belief that any body shape is seen as good or bad, or when young people think ‘I need to be thin to be happy’, which is essentially how it’s sold,” he says.

“Right now, children grow up and see someone valued because of their thinness, and will think that if they looked like that, all their issues would be resolved.

“It’s better to have a variety of icons that represent different things, but it [the Body Positivity movement] pales in comparison to the general narrative that if you’re skinny, you’ll go places. I don’t see people saying, ‘I’m happy to be overweight because this famous person says it’s okay’.”

Yet fat acceptance and body positivity are likely to undergo another shift thanks to a new way of thinking about obesity.

Carel Le Roux, Obesity Physician at St Vincent’s Hospital, notes: “It will take a long time to break down the stigma of obesity, as it goes back thousands of years, but science is now showing us that obesity is a disease, and we should not shame people for it, in the way that we don’t shame people with heart disease or cancer.

“Someone’s body shape is neither their fault nor an achievement, and people that have been able to maintain a certain body shape shouldn’t be held up as morally superior.

“The body positivity movement addresses the stigma of obesity, but it will need to be accompanied by a good intellectual discussion, because right now, nine out of 10 smart people will tell you that all an obese person needs to do is eat less and move more. It’s a disease of the brain – we don’t tell people with depression to cheer up.”

“What I like about the Body Positivity movement is that worth is not measured by shape,” Noctor adds. “Shape should be a peripheral issue to our personhood, and kindness, generosity, loyalty should be more of a measurement of our overall worth.”