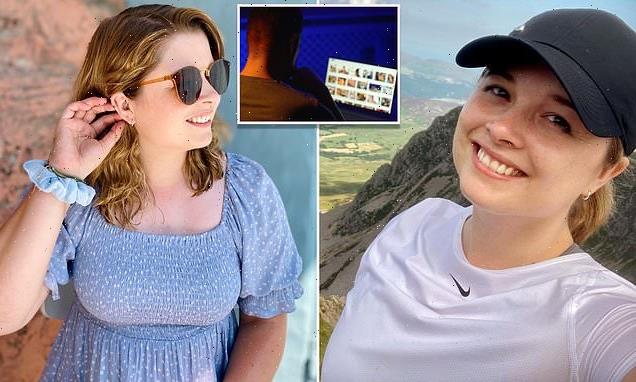 Emily Pritchard felt excited as her boyfriend passed her his phone. She’d hoped to set her best friend up with his, and the messages between the two boys suggested the interest was mutual.

But nothing could have prepared her for the shock of what she discovered next. Scrolling through the boys’ WhatsApp conversation, she found a string of nude photographs of herself and was horrified to see that they had been forwarded to a group chat, which included at least five more of their friends.

Emily* was the victim of a shocking new ‘collector culture’, where intimate pictures are passed around between men, and even traded, like football cards. Still in her teens, Emily had given in when her boyfriend begged her to let him take revealing photographs, and agreed to send some to him, on the basis they were for his eyes only.

She was embarrassed at first but says exchanging explicit images was such common practice among her peers that she felt prudish to refuse. 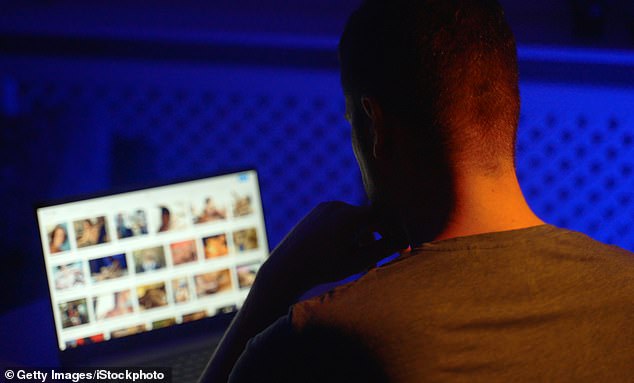 ‘I started sending bikini shots and progressed, at his request, to full frontal nudes but never did I imagine he would share them with a group of other boys, to ogle and comment on my appearance,’ says Emily, now a 22-year-old recent law graduate from Orpington, Kent.

‘The boys in the group chat talked about my figure and how lucky he was to be able to sleep with me. I felt sick knowing I’d spent time with them all, completely unaware that they knew how I looked naked.

‘It made me feel worthless, like I was nothing but a piece of meat to them, or him.’

And there is an ever-growing online infrastructure set up to support this chilling new trend. In its worst form, pictures are uploaded to websites where anyone can view them. One such site contains a database of intimate pictures, uploaded without consent, categorised not only by country but by city, postcode and even university campus.

Hosted by a Russian domain, the site also gives identifying details such as women’s names and schools.

There is now even a term for the practice: Image Based Sexual Abuse (IBSA). According to Elena Michael, of campaign group #notyourporn, the ways photos are shared are so numerous and ever-changing that monitoring is difficult.

Section 33 of the 2015 Criminal Justice and Courts Act makes it illegal to disclose ‘private sexual photos and films with intent to cause distress’. 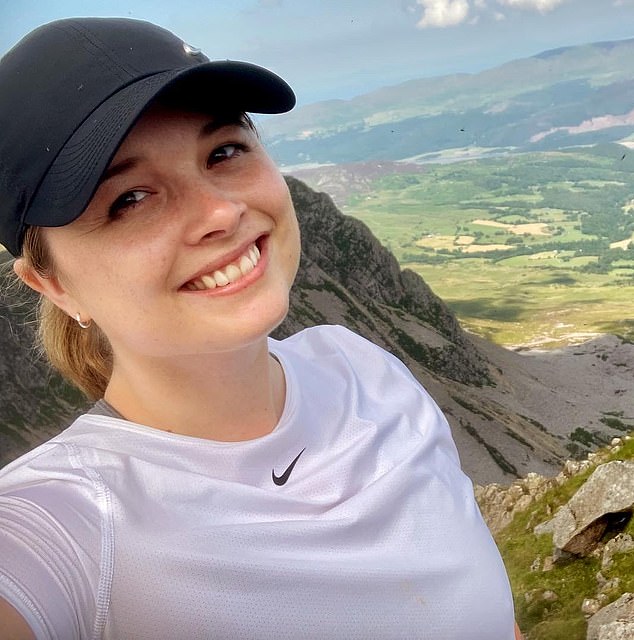 Ruby Williams, 29, (pictured) found out revealing holiday snaps of her had been posted in the section of an online nudes website in 2020

In response to an alarming surge in incidents, the Law Commission began a review of the legislation back in 2019 and the final report, which campaigners hope will recommend making non-consensual sharing an offence, is due later this year.

‘These images turn up everywhere from private chats to anonymous messaging boards and niche sites,’ says Elena. And the consequences can be devastating.

‘We’ve supported families of women who have taken their own lives and many more who feel suicidal,’ she reveals. ‘One had discovered a university flatmate put a spy camera in their bathroom, filmed her showering and posted the footage online.’

When Emily first saw pictures of herself in the group chat, she furiously confronted her boyfriend. ‘He simply laughed and said: “Oh, well, I was proud and just showing you off”, as if I should feel grateful!’ Only when Emily broke up with him did he show remorse and beg for forgiveness.

Experts say bragging among peers, a form of sexual bravado, is often the motivation behind collector culture.

Emily ended the relationship after ensuring all the photos had been deleted from both WhatsApp and her boyfriend’s phone, though she was aware anyone he had shared them with could have taken screen shots and forwarded them to others.

‘I couldn’t bring myself to report it because I was too embarrassed,’ says Emily. ‘I didn’t tell my parents initially either, fearing they would be ashamed. But I had blocked my ex and was worried he’d turn up at the house, so I told Dad. He was furious and it took a while for him to calm down enough to think rationally and then he said: “Well, if he ever comes near you again, we will have words.”

‘I was terrified people I knew had already seen the images. I stopped talking to anyone, other than my best friends — I couldn’t face second-guessing whether they’d seen those photos.’ 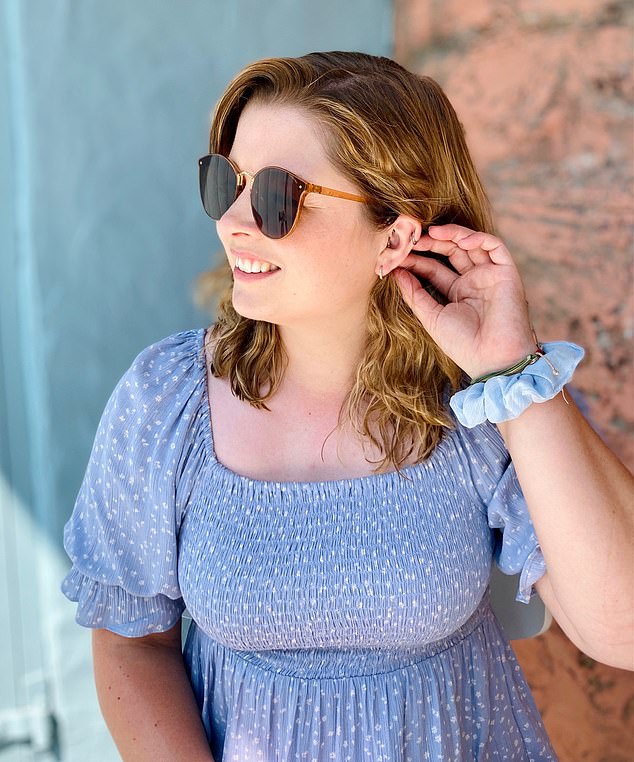 Ruby Williams, 29, a secondary school teacher, knows all about the damage such callous exploitation can do. In 2020 she found out revealing holiday snaps of her had been posted in the section of an online nudes website dedicated to images of women from her West Midlands town.

The pictures — one of her lying, unclothed, on her front on a hotel bed as a friend rubbed after-sun on her back, and another wrapped in a towel, revealing her bottom — were taken on a girls’ beach holiday when she was 17.

They were among 900 photos the friends had shared in a Facebook album. It was taken down after a few months — but someone had taken screenshots of the images.

And it was only in 2020 that she found out that the photos had been shared online. ‘It was the most awful, exposing feeling: knowing lots of men who didn’t know me, but might recognise me, had seen me without any clothes on,’ says Ruby.

‘The way this website operates is the forums are very local, often covering specific postcode districts. That really does increase the chance of your images being seen by people who know you.

‘It also means you could walk down the street and be recognised by someone who has seen your pictures, which is, frankly, terrifying. Who knows what men who share and seek out these images might be capable of?’

Devastated, Ruby set up a WhatsApp support group for 18 women whose images had been shared in the same forum as hers.

‘One woman was pregnant when she found out and the stress led to complications with the pregnancy,’ says Ruby. ‘Another had to read a comment saying: “These pictures keep me entertained when I see her at the supermarket.” Another had to confront the sickening remark: “She doesn’t look like much, but I get a real kick out of seeing her boyfriend down the pub and knowing I’ve seen his missus naked.”

‘Their lives have been infiltrated in the most appalling way.’ 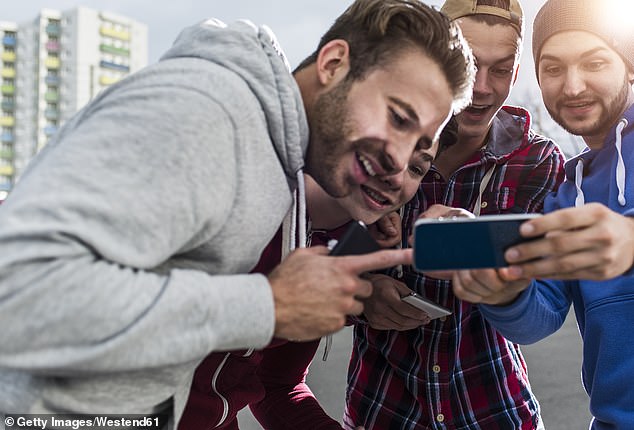 There were captions including ‘f***ing the ex’ — and comments from viewers which Charlotte has mentally blocked out — meaning anyone who knew him would easily be able to identify her.

‘I followed a link to the videos, which had been on the site for five months and viewed hundreds of times. I felt sick to the pit of my stomach,’ recalls Charlotte.

She contacted her local police in Derbyshire and asked if what her ex had done was a crime and, if so, what could be done.

They asked Charlotte, an administrator for a flooring company, to take screenshots and film of her ex’s account, and send it to them.

It was two months before he was arrested, by which time his account was deleted. The Crown Prosecution Service decided there would be no charges because it couldn’t be proven he intended to cause Charlotte distress. At first, she was too embarrassed to tell even her parents. However, she became so anxious, reclusive and often close to tears, that eventually she told her mother, who was ‘loving and supportive’. 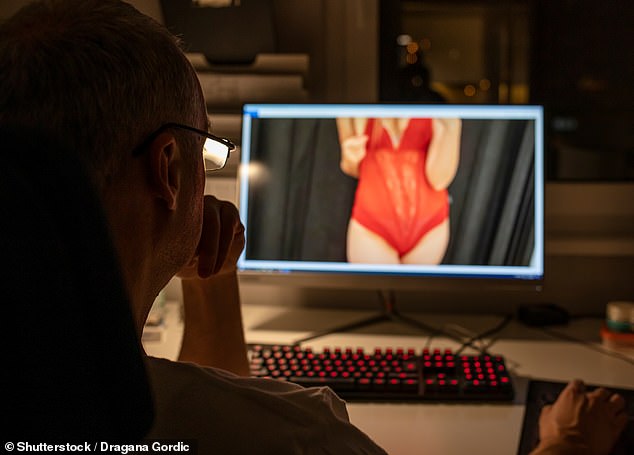 Sophie Compton, founder of campaign group My Image My Choice, said there is a need to change government policy over how the internet is regulated (file image)

Sophie Compton, founder of campaign group My Image My Choice, says Charlotte’s experience is all too common. ‘Police investigations and enforcement are at best inadequate and at worst abysmal,’ says Sophie.

‘There’s a lot of victim-blaming — questions about why the images exist and suggestions that these outcomes were to be expected.

‘As well as laws to deal with perpetrators, we need changes in government policy over how the internet is regulated and a shift in attitudes towards victims.’

To ensure her father didn’t have to find out from anyone else, 18 months ago Charlotte gave her mother permission to tell him.

‘When I picked up my phone, Dad was sobbing down the line, which was incredibly hard to hear,’ says Charlotte. ‘He was heartbroken that someone could have done such a thing to his daughter.’

Older generations, who didn’t grow up in a digital age, may struggle to understand why some of these women let the images be captured in the first place.

‘I’ve heard comments like: “Where’s the education for these stupid girls?”’ says Ruby Williams. ‘But I’m educated, in fact I’m educating the next generation.

‘Fortunately, education about online safety is much better now than it was 12 years ago, when I shared my images.

‘But there are new victims every day, almost all unaware their images have been circulated.

‘Which is why we are now speaking out and why the law must change. Whether the intention is to cause distress or not, sharing intimate images of someone without their consent must be made illegal.’

*Some names have been changed.