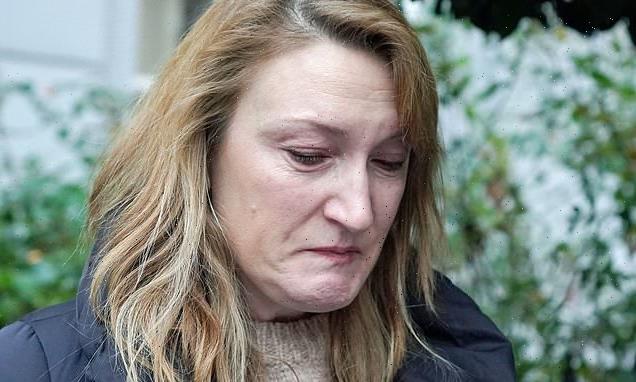 We men can’t deal with waterworks: Many offices are still male-dominated, and crying in the workplace remains a no-no, writes BORIS STARLING

If you’re a man, the sight of her tears may have made you uncomfortable. Men have traditionally been bad at dealing with crying women: it’s not so long ago that any overt display of female emotion in an office would have men ushering the woman in question from the room so they wouldn’t have to deal with her.

And, though things are getting better, many offices are still male-dominated, and crying in the workplace remains a no-no, especially for work-related reasons such as stress or co-worker disputes (personal reasons such as death or divorce get cut a bit more slack.) 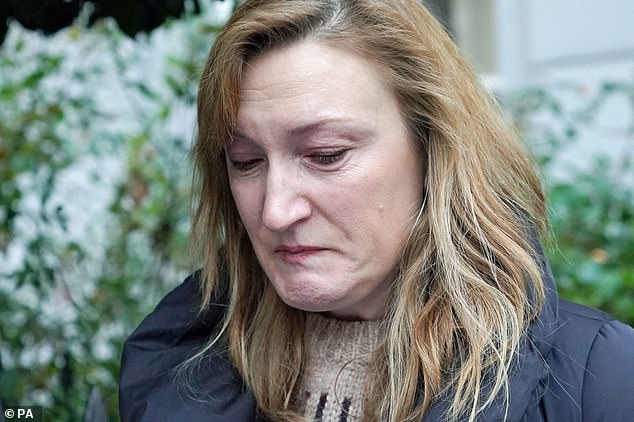 Some men find that a woman’s tears make them feel softer and protective towards her.

People cry when they’re in emotional or physical pain — that is, when they’re vulnerable — and this naturally prompts many (but by no means all) men to downplay machismo and aggression in favour of comfort.

Other men regard female crying as manipulative or emotional blackmail and refuse to engage with it no matter how valid the underlying reasons.

Men’s reactions vary so much because our own relationship with crying is complex.

Men cry less than half as often as women, which is partly physiological (testosterone may inhibit tears, while prolactin, which measures higher in women, may encourage it) and partly psychological (boys are socialised not to weep or show overt weakness).

Again, this is slowly changing. Barack Obama cried several times on TV during his presidency. The nation took Andy Murray to its heart when he wept having lost the 2012 Wimbledon final to Roger Federer, not least because it was the first time that his hitherto unemotional public façade had cracked. 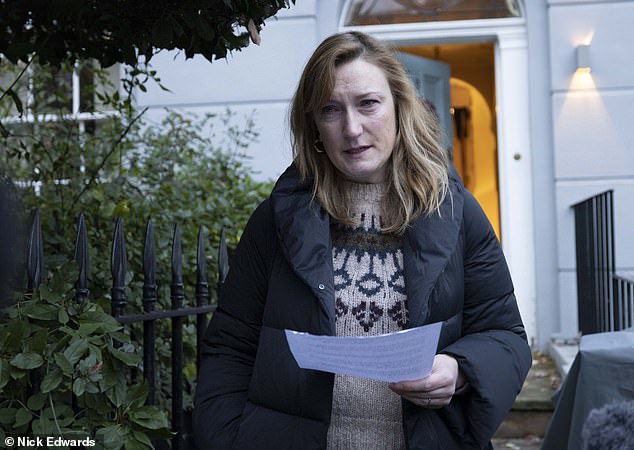 Allegra Stratton speaks on her doorstep in north London on Wednesday

In that respect, the gap between the sexes is perhaps less than might be thought.

People remember Margaret Thatcher’s tears as she was driven away from Downing Street for the last time in 1990, and those of Theresa May as she stepped down two years ago, because these remote and aloof figures had — finally! — shown some emotion.

Yes, they cried for themselves, but then again so do we all.

Stratton’s tears were surely the same, even though she apologised ‘to all of you who lost loved ones, who endured intolerable loneliness and who struggled with your businesses’.

After a day or two of being the biggest story in the land and vilified on social media, with presumably not much sleep and a family to consider, I dare say many of us, man or woman, would have cried, too. 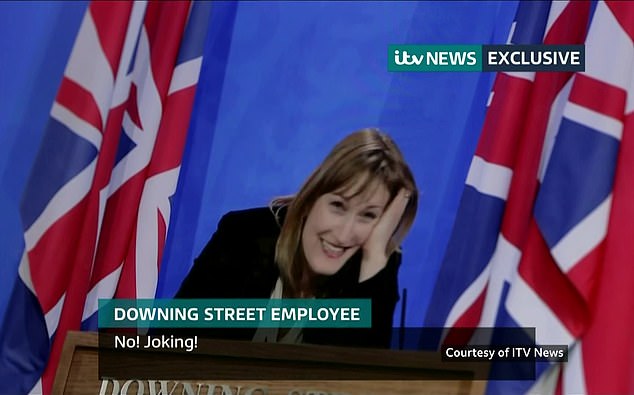 Allegra Stratton rehearsing before a Downing Street announcement. No10 staff joke in the leaked video obtained by ITV News about Christmas party they later denied

Tears are a natural human reaction when you reach the end of any project to which you’ve given time and effort: that sense of letting go, of having run out of road, of an unexpected freedom which you’ve half-wanted and half-feared for so long.

She could easily have released a written statement on social media, the way many people — even ministers — do when they resign.

She didn’t take questions from the Press and she wasn’t leaving the house to go somewhere else, so she didn’t need to come out at all.

Perhaps she felt, consciously or not, that tears would offset the damage caused by the image of her laughing — because we all understand the twin theatrical masks of comedy and tragedy, no matter who we are.