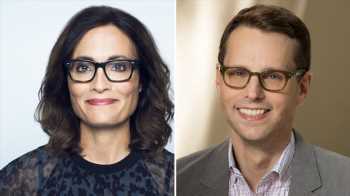 WarnerMedia has unveiled its original programming and business operations and strategy teams as the company builds out its HBO Max streaming platform.

“Kevin has assembled a stellar creative team for new originals and acquisitions that will make our HBO Max service second-to-none,” said WarnerMedia Entertainment chairman Bob Greenblatt in a statement. “With these originals and the full force of the vast WarnerMedia portfolio, including the might of HBO, I couldn’t be more proud of the content we are bringing together across this company that will appeal to everyone in the household.”

The service, which debuts in spring 2020, will have over 10,000 hours of content at launch. Though it will premiere in the midst of an all-out streaming war against Netflix, Disney Plus and the upcoming NBCUniversal service, HBO Max will include a hearty list of media brands, including Warner Bros., New Line, DC Entertainment, CNN, TNT, TBS, the CW, Cartoon Network and others.

HBO Max’s library will include “Game of Thrones,” “Sex and the City,” “Veep,” and exclusive streaming rights in the U.S. to “Friends” and other series. New original series include a “Gossip Girl” reboot, “Dune: The Sisterhood,” Anna Kendrick and Paul Feig’s “Love Life,” and an animated “Gremlins” series.