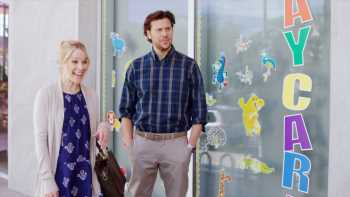 Vudu, Walmart’s video-streaming unit, is promising parents new tools to evaluate and control what their kids watch — including a way to skip scenes with sex, nudity or violence.

“We’ve heard from customers that they’re concerned about what their family can browse and watch on Vudu,” said Jeremy Verba, VP and general manager of Vudu.

Vudu is introducing three new features. First is Family Play, which lets viewers automatically skip or mute “objectionable” content, such as profanity, sex and nudity, violence and substance abuse. Vudu also is now offering ratings and reviews from Common Sense Media, and it is adding a “kids’ mode” walled-garden account setting that lets parents set age-based restrictions on what their children can watch or purchase (also powered by Common Sense Media).

Vudu requires users to be at least 18 to sign up for the service. However, Verba said, “We know that families are increasingly viewing together, and they need tools to help them make sure the content is appropriate.”

Family Play is available on over 500 titles at launch. Those include paid movies such as “Men in Black: International,” “Fantastic Beasts: The Crimes of Grindelwald,” and “Pokémon: Detective Pikachu,” and free, ad-supported movies like “Superman Returns,” “Gravity” and “Spider-Man 3.” Vudu plans to add more titles weekly.

The feature is designed so that “everyone in the family can enjoy a film, no matter what the MPAA rating, together,” said Verba. To create Family Play, Vudu used a combination of human reviewers to tag scenes in each movie and automated algorithms. Parents can select

Vudu worked with the studios to develop the Family Play feature, Verba said. “They understand we’re enabling the customer to make choices – we’re not making choices for them.” Generally, the Vudu team picked titles with PG and PG-13 ratings that they thought would be the ones families want to watch together.

Initially, Family Play is available on iOS and Android devices, web browsers, recent-model LG and Samsung smart TVs, and Microsoft Xbox One. Vudu says it’s working on support for additional devices. “We’re the one and only streaming service, as far as we know, to offer this feature,” Verba said.

Vudu’s rollout of the parental controls and features come as it gears up to release more exclusive and original family-oriented programming for free, ad-supported viewing.

The 11-episode “Mr. Mom” will be released in weekly batches with the first two going live this week; each episode is 10-11 minutes long. Viewers can watch for free with ads or opt to purchase episodes ($1.49 each in HD) or the whole season ($7.99 for HD).

And on Sept. 27, Vudu will exclusively debut the first three episodes of Nickelodeon’s “Blue’s Clues & You” revival, ahead of the premiere on Nickelodeon in November.

“Mr. Mom” stars Hayes MacArthur and Andrea Anders (“Young Sheldon”) in a modern spin on the 1983 film written by John Hughes and starring Michael Keaton. The show follows married couple Megan (Anders) and Greg (MacArthur) who find themselves at a parenting crossroads when Megan lands her dream job — and the pair have to figure out how to continue raising their two kids.