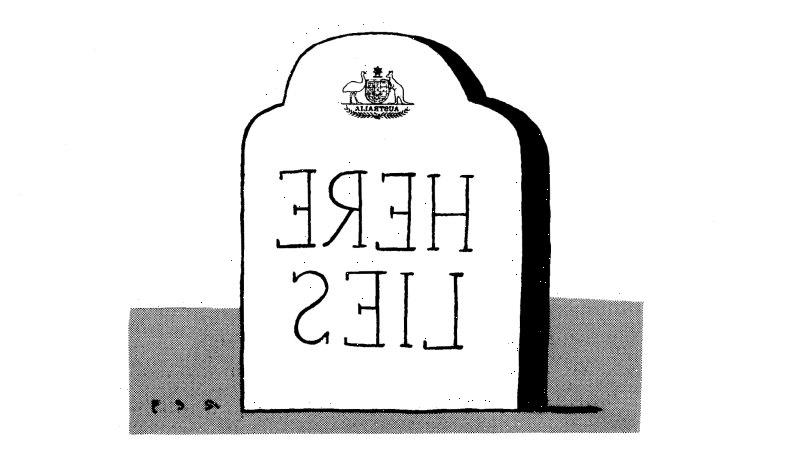 Where were we before Scott Morrison’s overseas trip descended into an episode of Gossip Girl, complete with petulant storm-offs and the weaponisation of personal text messages? I believe we were discussing the imminent destruction of the planet, and Morrison’s lukewarm plan (which is more of a vibe than a plan) to address Australia’s part in it.

Morrison’s office spent weeks backgrounding journalists that the Prime Minister would probably not attend the Glasgow COP conference because it would mean he would have to spend too long in quarantine on his return home. That excuse collapsed when NSW Premier Dominic Perrottet summarily announced he was scrapping quarantine. 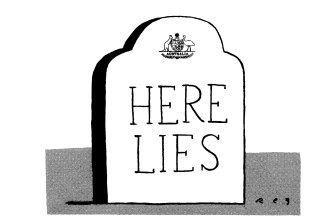 Morrison signed up to a 2050 target, announced Australia’s plan to meet it (mostly a rehash of pre-existing policies) and packed his polo-necks for Glasgow.

As with most things Morrison, in sowing doubt as to whether he would attend the conference at all, the Prime Minister was hedging his bets, carefully getting his political staff to prepare the ground for whichever way he chose to pivot. If you muddy the waters enough, no one can accuse you of deception, let alone lying about your intentions.

The reflex to spin, leak and background media is so ingrained in Morrison’s government that it was only natural he would leak a personal text message sent to him by French President Emmanuel Macron in order to salvage his own reputation.

In an arresting, spontaneous exchange between Australian journalists and Macron on Sunday, Macron said Morrison had lied to him over the cancelled French subs deal. Morrison denied he had lied. The next day a text message he had received from the French President found its way into select newspapers.

“Should I expect good or bad news for our joint submarines ambitions?” the text from Macron reportedly said. It was supposed to prove Macron already had some intimation that the subs deal might fall through.

It seems obvious, although few seem to have noted, that it is actually Morrison’s response to this text on which the claim of lying hinges.

We don’t know what that response was – strangely, it was omitted from the leak. If Morrison had texted back a thumbs-up emoji, Macron might be justified in feeling misled. If it was a thumbs-down emoji, then maybe the French President should have seen it coming.

Either way, the selective leaking of a private message about a deeply sensitive matter seems an extraordinary way to rebuff an allegation that you’re tricky.

Morrison then misled everyone listening when he characterised Macron as attacking Australia – Morrison was “not going to cop sledging of Australia”, he said.

It was crude nationalistic posturing that was gleefully aped by newspapers that will do anything to manufacture a frog pun in a headline (OK, some of them were actually pretty good).

It is always interesting how huffy politicians get when accused of lying. Voters have a notoriously low opinion of politicians and assume most of them lie a lot. Strangely this helps them get away with lies, or truth-illusions, non-core promises, misrepresentations, deceptions, and misleading omissions – whatever you want to call them.

If you don’t expect the person you are dealing with to deal straight with you, you are unlikely to punish them harshly for simply meeting your (low) expectations.

But in order to lie effectively, you have to lie to yourself first, which involves a reframing of what you have done. What starts as a matter between you and your psyche is then extended outwards. By moulding others’ perceptions with your version of events, you can bolster your own version, making it sturdier, just like truth.

Gladys Berejiklian, during her evidence to the NSW Independent Commission Against Corruption, refused to acknowledge she might have done anything wrong. The former premier continued to characterise her relationship with former secret boyfriend Daryl Maguire as too insignificant to declare as a conflict of interest. This was despite her earlier telling newspapers she had hoped to marry him, and Maguire reporting to the corruption inquiry the couple had discussed marriage and having a child together.

To put this failure to disclose in context, the ethics and conduct code for the NSW public service requires government employees to disclose in writing any relationship, including personal ones, that have the potential to influence, or could even be perceived as influencing, any decisions they make or advice they give.

Berejiklian often characterises herself as a prefect-like stickler for the rules, someone with a rigid sense of rightness, who will always serve the public interest. Her sense of her own worth and her self-respect seem so wedded to this characterisation that she is unable to admit she should have declared the conflict. It becomes logically impossible: I am not the kind of person to commit a breach of public trust. Therefore, nothing I do can amount to a breach of public trust.

Even when her former chief of staff Sarah Cruikshank told the inquiry Berejiklian misled her by telling her the relationship with Maguire was over when it wasn’t, this self-perception was unshaken.

Morrison seems to have a more “whatever it takes” attitude to truth-telling. He presents himself as driving towards the national interest in the submarine deal and there is no reason to doubt that at all. Australia was perfectly entitled to end the contract with France. In the pursuit of the national interest, some double-dealing may be required, and if negotiations get rough, and feelings are hurt, so be it.

But Morrison is not so focused on the national interest that he will let his ego suffer at its expense. Otherwise his text exchanges with Macron might have stayed private.

The Opinion newsletter is a weekly wrap of views that will challenge, champion and inform. Sign up here.