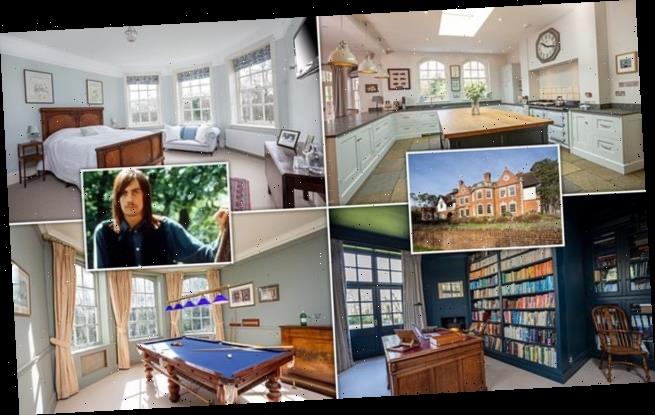 The former home of 70s pop legend Mick Fleetwood has gone up for sale for a heady £4million.

Benifold can add a slice of pop music history to its selling potential too, for Fleetwood Mac’s founder snapped up the property, in Headley, and lived here with his first wife, Jenny Boyd, before the bright lights of Hollywood – and global fame – came calling. 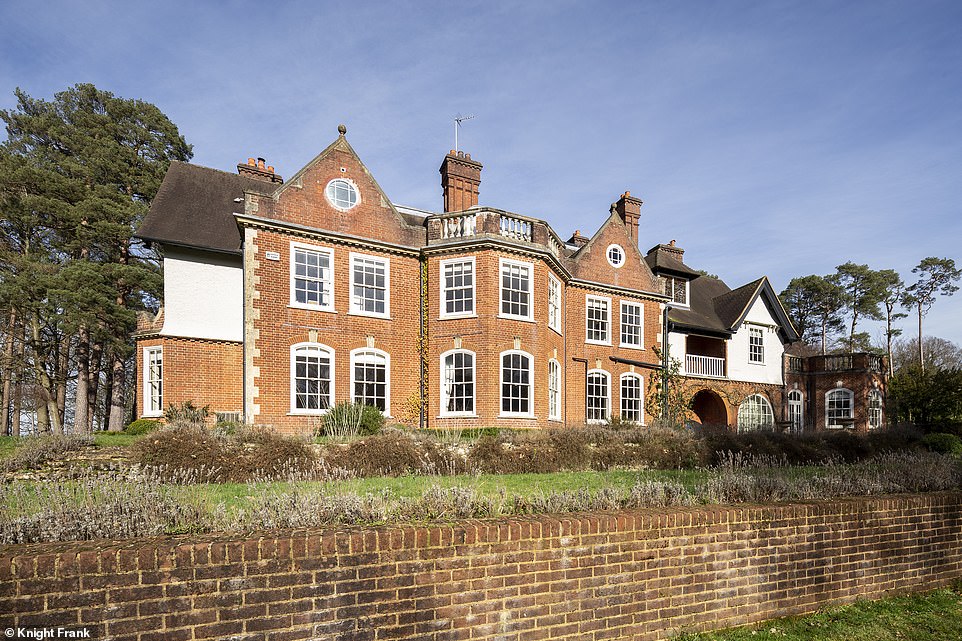 Dreams! Benifold House, the former home of Fleetwood Mac’s founder, Mick Fleetwood, 73, on a quiet tree-lined road in East Hampshire is on the market with estate agent Knight Frank for £4million 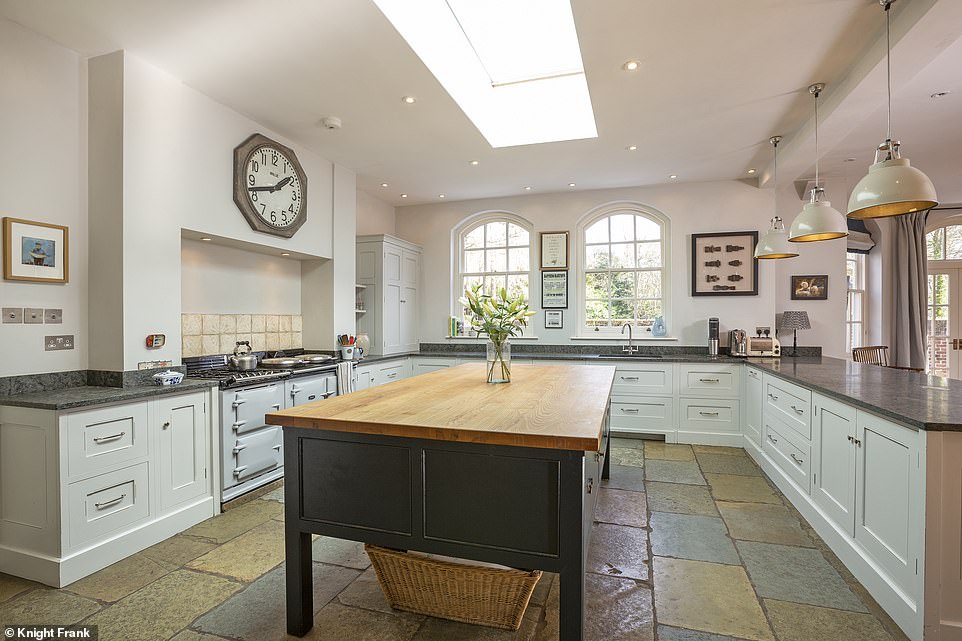 The current owners of Benifold have carried out extensive works during their 20 years at the property including adding in a trendy island kitchen in the ten-bedroom house, which is located on a quiet tree-lined road in East Hampshire 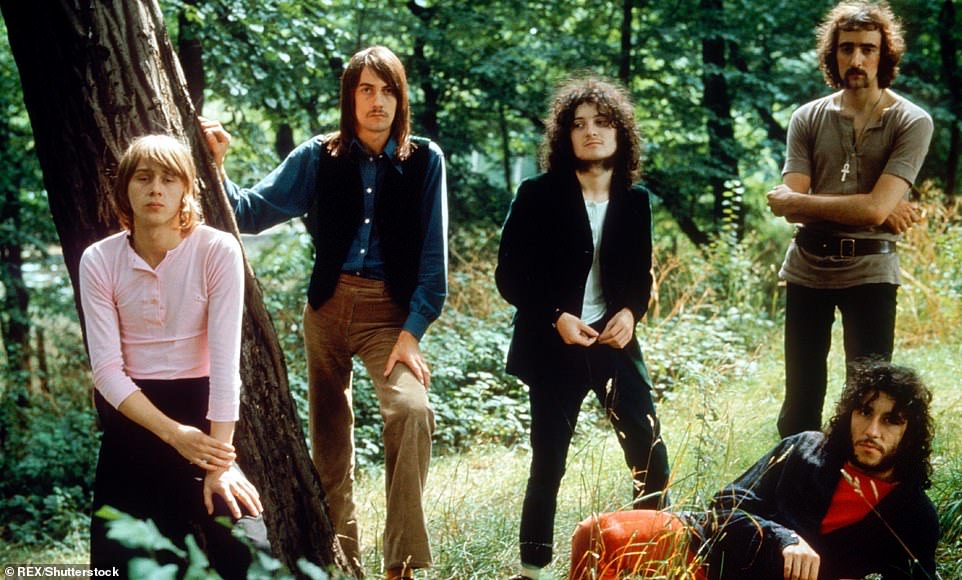 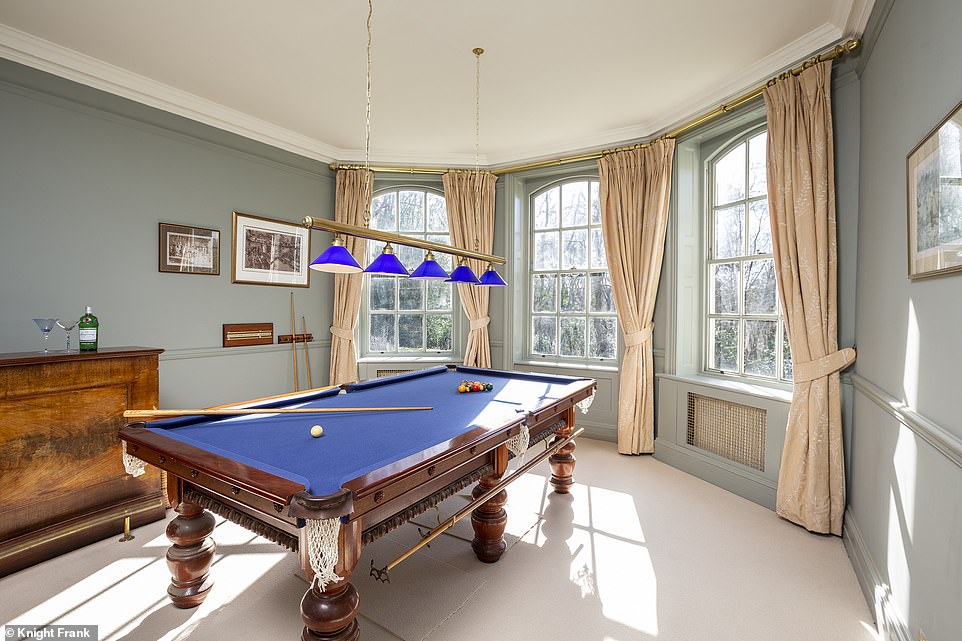 They’ll be cue-ing up! The house has plenty of leisure options including a pool house, snooker table and table tennis table 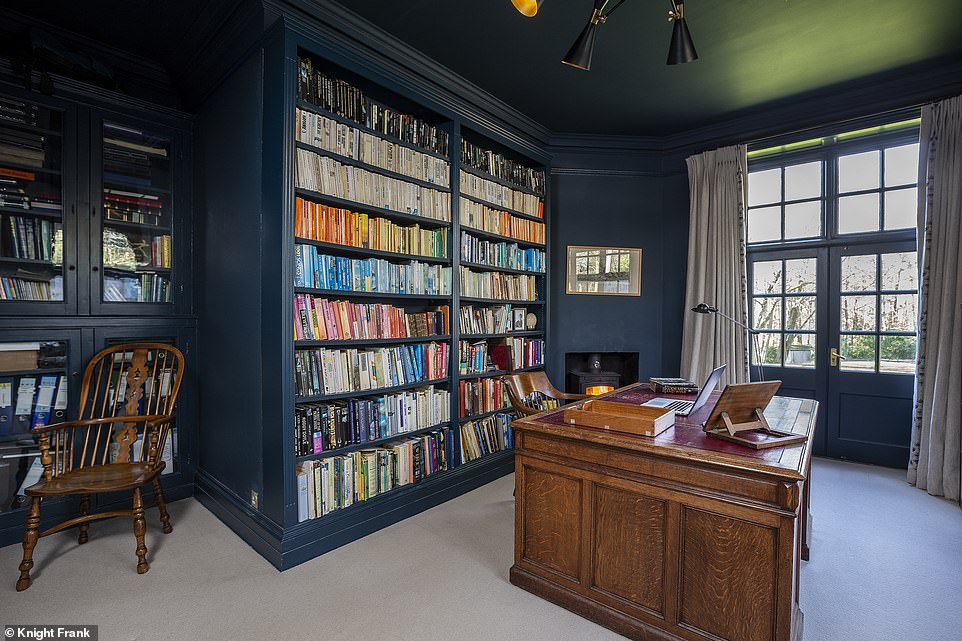 Purchased for an unknown sum, the rock star – the band’s drummer – lived here for four years from 1970 until 1974.

Indeed four of Fleetwood Mac’s albums – including Penguin and Mystery to Me – were released while Mick was living there, and he references the spacious property in Play On, his 2015 autobiography.

Stevie Nicks, whose vocals would give the band’s later music its distinctive sound, and Lindsey Buckingham joined when the band based itself in California.

The property, which lies on a quiet tree-lined road in East Hampshire, has been fully renovated, with a handful of extra bathrooms added to ensure full comfort when the house is full.

Despite the property’s Victorian history, it’s been spruced up to feel like a 21st century home, complete with trendy bedrooms, characterful bathrooms and open-plan living in the airy kitchen-diner. And there’s a whopping 10,000 sq. ft of living space. 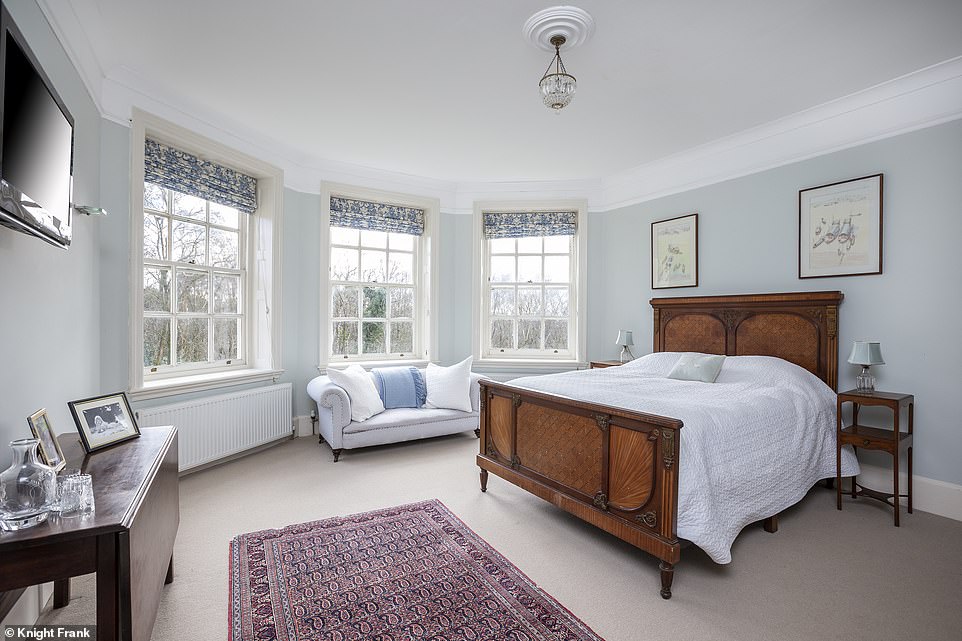 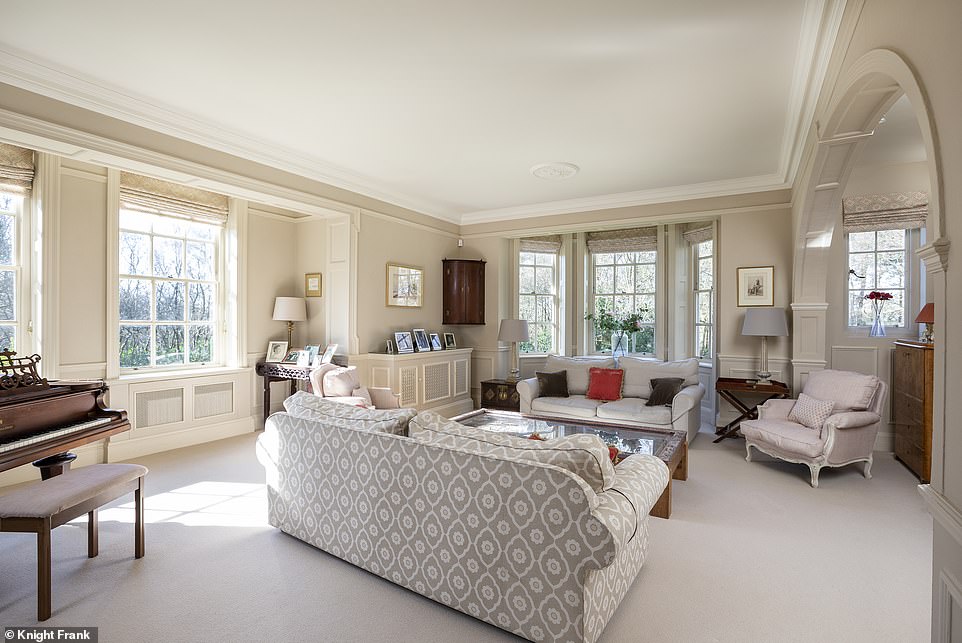 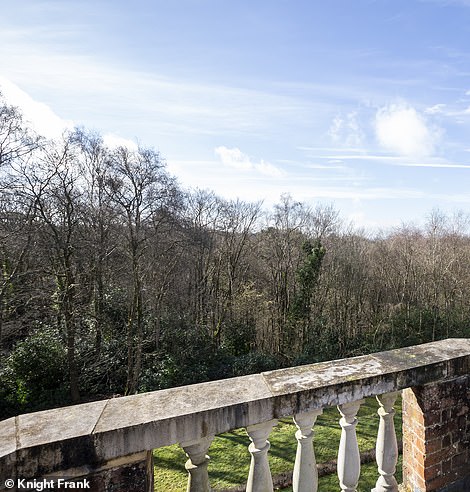 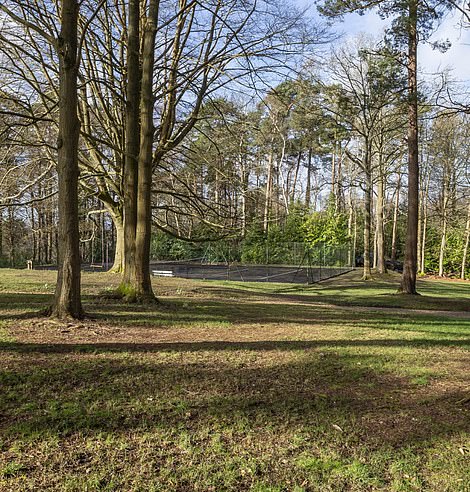 The property’s stone balcony, original to the Victorian period, offer unfettered views of the pastoral splendour that surrounds the home. Buyers can call a woodland tennis court, right, their own too 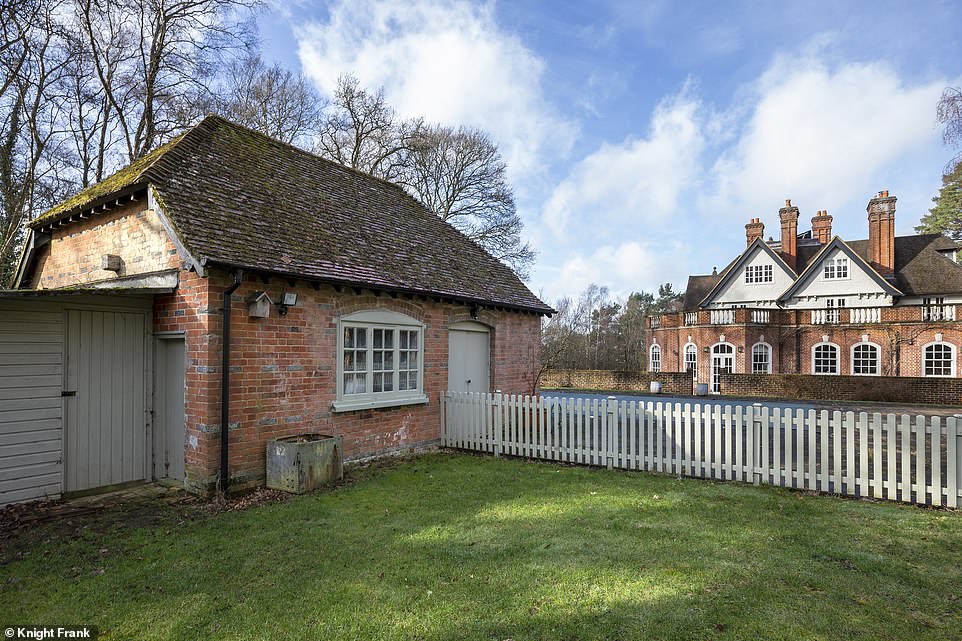 Granny flat? Benifold also comes with a self-contained annexe with its own kitchen and bathroom facilities 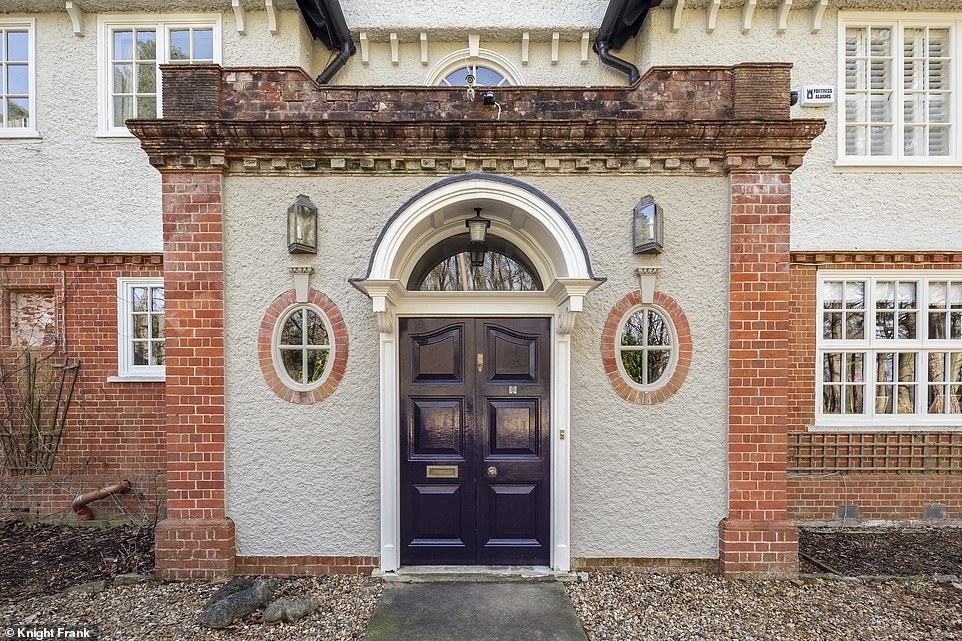 Grand entrance: Photos of Mick Fleetwood at Benifold in the 1970s show the windows around the front door are unchanged 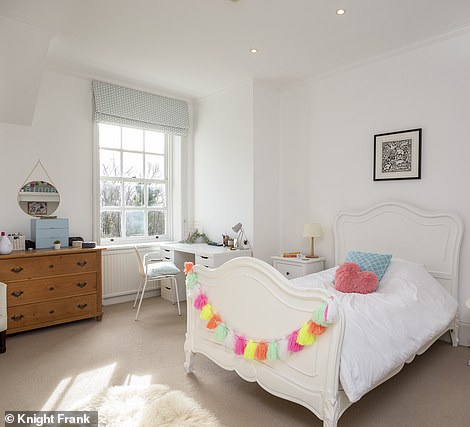 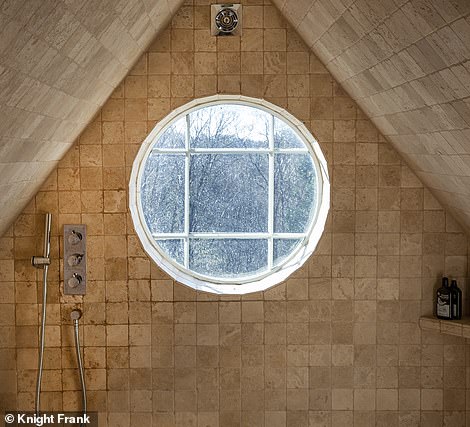 Modern touch: despite the property’s Victorian history, it’s been spruced up to look like a 21st century home, complete with trendy bedrooms and a characterful shower room

The house was built over a period of five years starting in the Victorian period and finishing in 1901.

There’s also plenty to entertain perspective buyers, with a drawing room that does a good impression of a library with floor-to-ceiling book shelves, and a snooker room for those who fancying picking up a cue, with a full-size table tennis table set up.

Elsewhere, one can pick out a decent chablis in the wine room or pick logs for the property’s woodburners from the fire; the open plan kitchen diner boasts a trendy in-built woodburning stove. 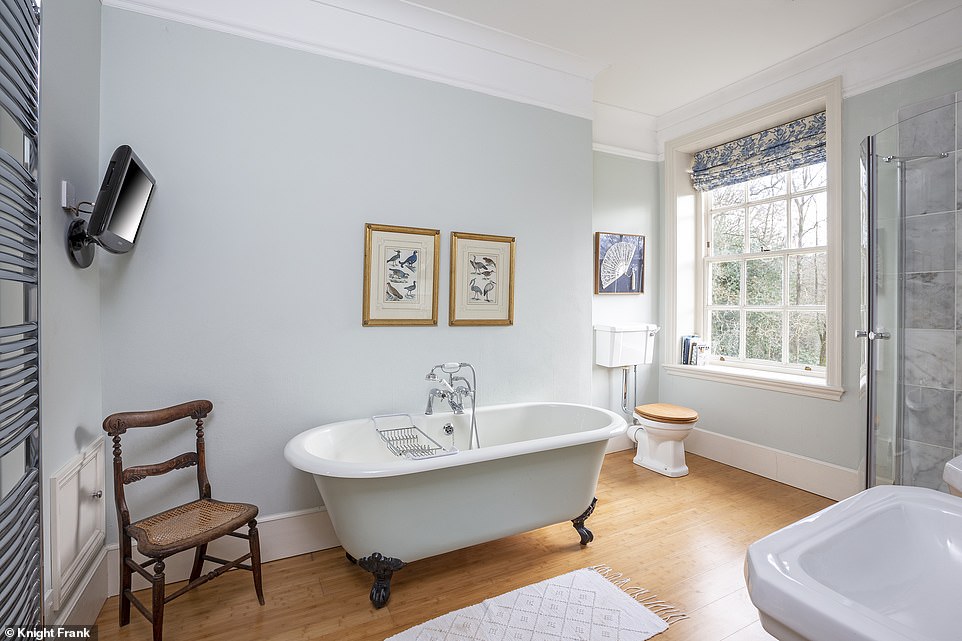 One of the many bathrooms in the property, this one, decorated in duck egg blue, perches a television set in view of the tub 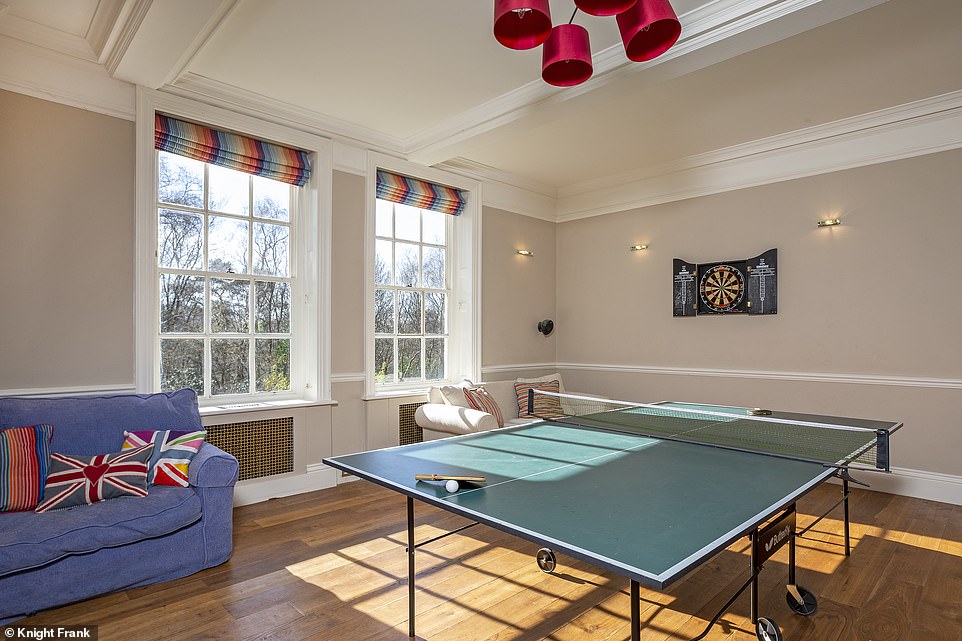 Anyone for wiff-waff? A full-size table tennis table, and a darts board fill one of the downstairs’ rooms 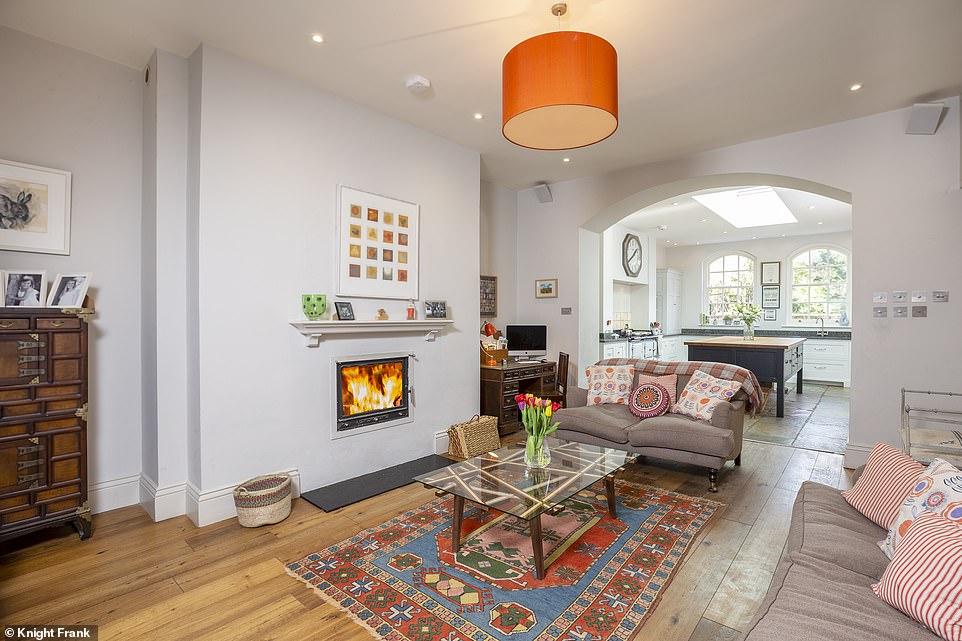 Light and airy: the open plan kitchen diner boasts an in-built woodburning stove, and a log room to ensure you have somewhere to store fuel.

Knight Frank describes the grounds, saying: ‘There are large expanses of lawn, interspersed with mature trees, providing a park-like feel.’

Before its brush with a global pop star in the making, Benifold had equally interesting previous owners, being used as a Ecumenical House of prayer between 1963 and 1970, where ‘people of all sorts and ages’ were said to be welcome.

In a recent interview, Fleetwood admitted he ‘forgot’ two years of his life in the Seventies after battling a ‘long, long’ cocaine habit.

The 73-year-old confessed the group was ‘well-equipped’ with the drug in the 1970s and has no recollection of his past hiatus from work.

The drummer branded himself ‘the party animal in the band’ as he recalled when things ‘got out of hand’ after the success of the band’s 1977 album Rumours, just three years after he departed Benifold for a new life in the US.