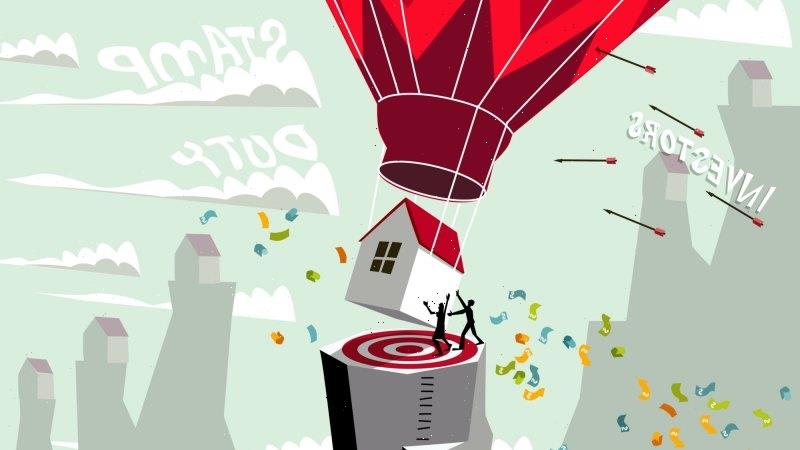 Businesses are calling for a radical overhaul of Victoria’s housing and payroll tax regimes as part of a push for far-reaching tax reform to reinvigorate the state’s economy.

In its state election pitch, the influential business lobby group also called on the government to abolish payroll taxes completely for businesses operating in regional Victoria to encourage big companies to invest outside Melbourne. 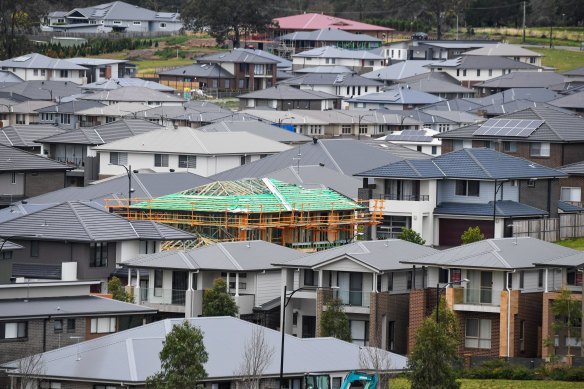 Stamp duty has long been criticised as an inefficient tax blamed for exacerbating the housing affordability crisis and discouraging people from moving.Credit:Peter Rae

“A complete root and branch review of the way taxes are collected and levied in Victoria should be undertaken,” the chamber’s election policy document says.

The Victorian Chamber of Commerce and Industry has joined calls from economists and policy experts to replace stamp duty charged on housing with an ongoing annual land tax, similar to council rates.

Stamp duty has long been criticised as a highly inefficient single tax hit on property transactions. It is blamed for adding fuel to Australia’s housing affordability crisis, discouraging people from downsizing or moving and adding a layer of unpredictability to state budgets.

But it also represents a crucial source of revenue – although a volatile one – without which Victoria would be unable to fund crucial services.

Last financial year, as the property market soared on historically low interest rates, the state government collected a record $10.2 billion. That was 59 per cent more than the previous year and equivalent to about 34 per cent of the total tax haul.

But with the housing wave rapidly subsiding, the government is expecting to rake in about $8.2 billion this financial year, almost 20 per cent less.

While NSW is pressing ahead with a plan to gradually shift to land taxes under an opt-in system, giving home buyers a choice between an upfront stamp duty hit or an ongoing annual bill, Victoria has been far more cautious.

NSW Premier Dominic Perrottet has described the idea as a once-in-a-generation reform that would take the NSW economy up a gear. 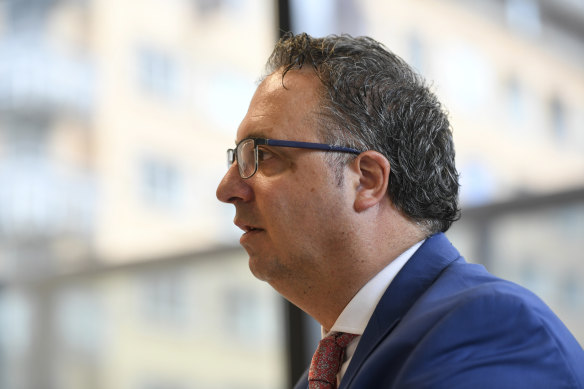 Victoria is understood to have privately examined a similar proposal. But the Andrews government, which has introduced major social policy reforms but has been more reticent when it comes to economic reform, has been reluctant to publicly air the idea, particularly during an election year.

Asked about the prospect of tax reform, a spokesman for Treasurer Tim Pallas said on Wednesday the government was “working alongside business to invest in the projects we need and to create more jobs”.

“More than $36 billion has been invested in regional Victoria since 2015, creating thousands of jobs and the lowest regional unemployment rate in Australia,” he said.

Payroll tax, which applies in Victoria once a business’s annual wages bill rises above $700,000, is less volatile. But it is criticised as a tax on employment that discourages businesses from expanding beyond the threshold, although the federal Treasury’s analysis suggests this argument could be overstated.

The chamber’s chief executive, Paul Guerra, said Victoria should match NSW as a minimum by lifting the wages threshold at which the tax applies to businesses from $700,000 to $1.2 million. But while NSW has a higher threshold than Victoria, it also applies the tax at a higher rate of 5.45 per cent, regardless of where a business is located in the state.

Victoria currently charges 4.85 per cent on the proportion of the wages bill that exceeds the threshold for Melbourne businesses and 1.21 per cent for regional businesses.

“In the long term, payroll tax should be removed as it disincentivises jobs and high wages,” the chamber says in its policy platform.

In June, federal Treasurer Jim Chalmers signalled he is prepared to lead a national conversation to see if a consensus can be reached, including for states wanting to flip stamp duty for an annual property tax.

“We want to work with them to address the substantial challenges we all confront in the economy, and in our budgets,” Chalmers told The Age and The Sydney Morning Herald.

Research by the Grattan Institute found that abolishing stamp duty would lead to better use of the existing housing stock, leading to lower house prices and rents in the longer term.

The Business Briefing newsletter delivers major stories, exclusive coverage and expert opinion. Sign up to get it every weekday morning.