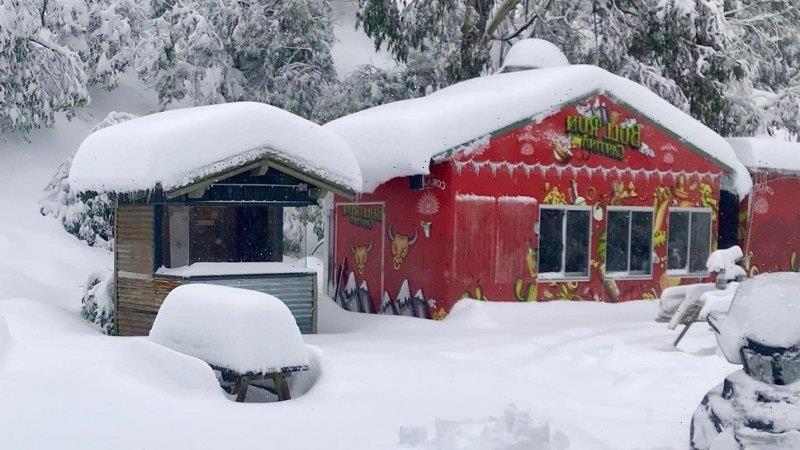 Victoria’s ski fields are blanketed in the most early-season snow in decades as a cold blast and high precipitation have caused heavy flakes to fall since the start of winter. 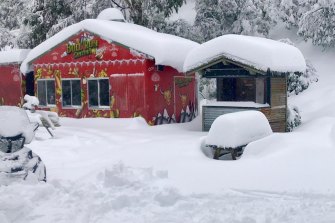 Mount Buller has seen its strongest start to the season in 22 years.Credit:Mount Buller/Twitter

The snow has been falling at the resorts for more than a week, allowing the ski lifts to begin turning a week earlier than usual.

Mahon, who recalls the early snow dump in 2000 at Mount Buller leading to a season stretching into October, said the early blanketing was a good sign the season could be strong.

“We are getting as much terrain open as we can, and we hope to open more as the week goes on,” he said. 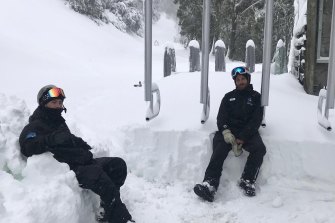 Resort staff at a snowed-in ski lift at Mount Buller after heavy falls over the past week. Credit:Mount Buller/Twitter

“In terms of getting snow this early and before Queen’s Birthday, it has only happened twice in the last 50 years [on record].”

Bureau of Meteorology senior forecaster Matthew Thomas said the strong snowfalls were a result of a burst of cold air pushing over south-east Australia and high precipitation.

He said snowfalls like those occurring in Victoria this week were usually seen in July and early August.

“Occasionally, you get that coupling of the cold temperatures and the precipitation, and that’s what we are seeing this year,” Thomas said, adding there was more snow forecast for this week and the coming long weekend.

However, he said early snowfalls did not necessarily result in longer ski seasons but rather built up the base level for further storms.

Victorian ski resorts are emerging from two years of shortened seasons due to pandemic restrictions. Graeme Cox, who has lived in Falls Creek for 40 years, said business operators were excited by the possibility of a bumper season.

“The way the pattern is looking, everyone is really optimistic. I think all the resorts are going to have a huge weekend,” Cox said.

“We have dug out the front door here twice in the last two days. It’s great to see, but it’s a little unusual for the beginning of June.”